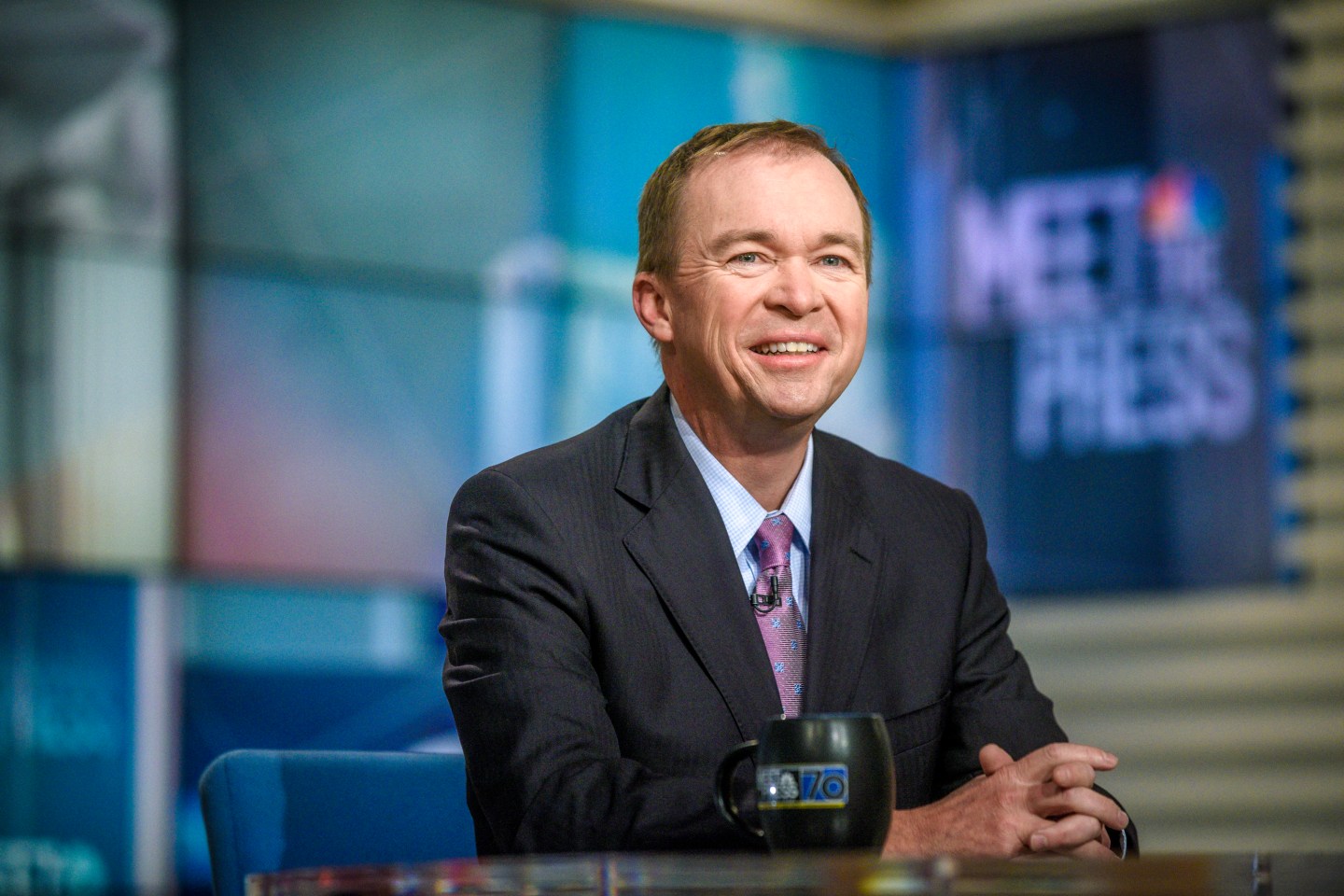 A senior U.S. Consumer Financial Protection Bureau official filed suit late on Sunday trying to prevent President Donald Trump from naming an acting head of the watchdog agency, but its top lawyer concluded Trump had the power to do so.

The moves were the latest dramatic developments in the fight over leadership succession of an agency created in 2011 under Democratic former President Barack Obama to protect consumers from predatory lending practices. Republicans in the White House and Congress have tried to weaken the agency.

The leadership of the agency was plunged into confusion on Friday after its outgoing Obama-era director Richard Cordray formally resigned and elevated his former chief of staff, Leandra English, to replace him on an interim basis until the Senate confirms a permanent successor named by Trump.

Hours later, the Republican president named Mulvaney — his budget chief and a harsh critic of the agency — as its acting director.

CFPB General Counsel Mary McLeod wrote a memo, first reported by Reuters, concurring with the opinion of the U.S. Justice Department that Trump had the power to appoint Mulvaney to the post.

“I advise all Bureau personnel to act consistently with the understanding that Director Mulvaney is the Acting Director of the CFPB,” McLeod’s memo stated.

Late on Sunday, English sued in U.S. District Court in Washington, seeking a temporary restraining order blocking Trump from appointing Mulvaney. In the filing, English said Mulvaney had no experience in a consumer protection or financial regulatory role, had sought to get rid of the agency and once described it as a “sad, sick joke.”

McLeod’s intervention bolstered Trump’s position and isolated English, 34, who has held multiple jobs at the CFPB since its creation.

White House spokeswoman Sarah Sanders said the Trump administration is aware of English’s lawsuit, but said “the law is clear” and that Mulvaney is the acting director. Sanders pointed to McLeod’s conclusion, adding that “there should be no question” that Mulvaney can take the job.

“It is unfortunate that Mr. Cordray decided to put his political ambition above the interests ofconsumers with this stunt. Director Mulvaney will bring a more serious and professional approach to running the CFPB,” Sanders said.

Both sides in the battle say they have the law on their side.

Democrats have said the 2010 Dodd-Frank Wall Street reform law that created the agency stipulated that its deputy director would take over on an interim basis when a director departs until the Senate confirms a permanent director. Cordray named English as deputy director and said she would become the acting director.

“It’s a very important fact … their own general counsel came out with a different conclusion,” said Alan Kaplinsky, head of the Consumer Financial Services Group for law firm Ballard Spahr LLP said. “Now that the thing is in court, I think it is really going to be in the hands of the judge.”

Trump administration officials said the 1998 Federal Vacancies Reform Act gives a president the power to temporarily fill agency positions, except for those with multi-member boards, an exemption they said did not apply to the CFPB.

“The president’s attempt to install a White House official at the head of independent agency — while allowing that official to simultaneously serve in the White House — is unprecedented,” said English’s lawyer, Deepak Gupta of the law firm Gupta Wessler, adding that “the law is clear” and that English is the acting director.

Future enforcement activities could be stymied while the question of who runs the CFPB is decided.

Republican lawmakers argue that the agency wields too much unchecked power, adding that it burdens banks and credit card companies with unnecessary red tape.

Writing on Twitter, Trump on Saturday called the agency a “total disaster” that had “devastated” financial institutions.