What the Consumer Financial Protection Bureau Is (and Why It Matters) 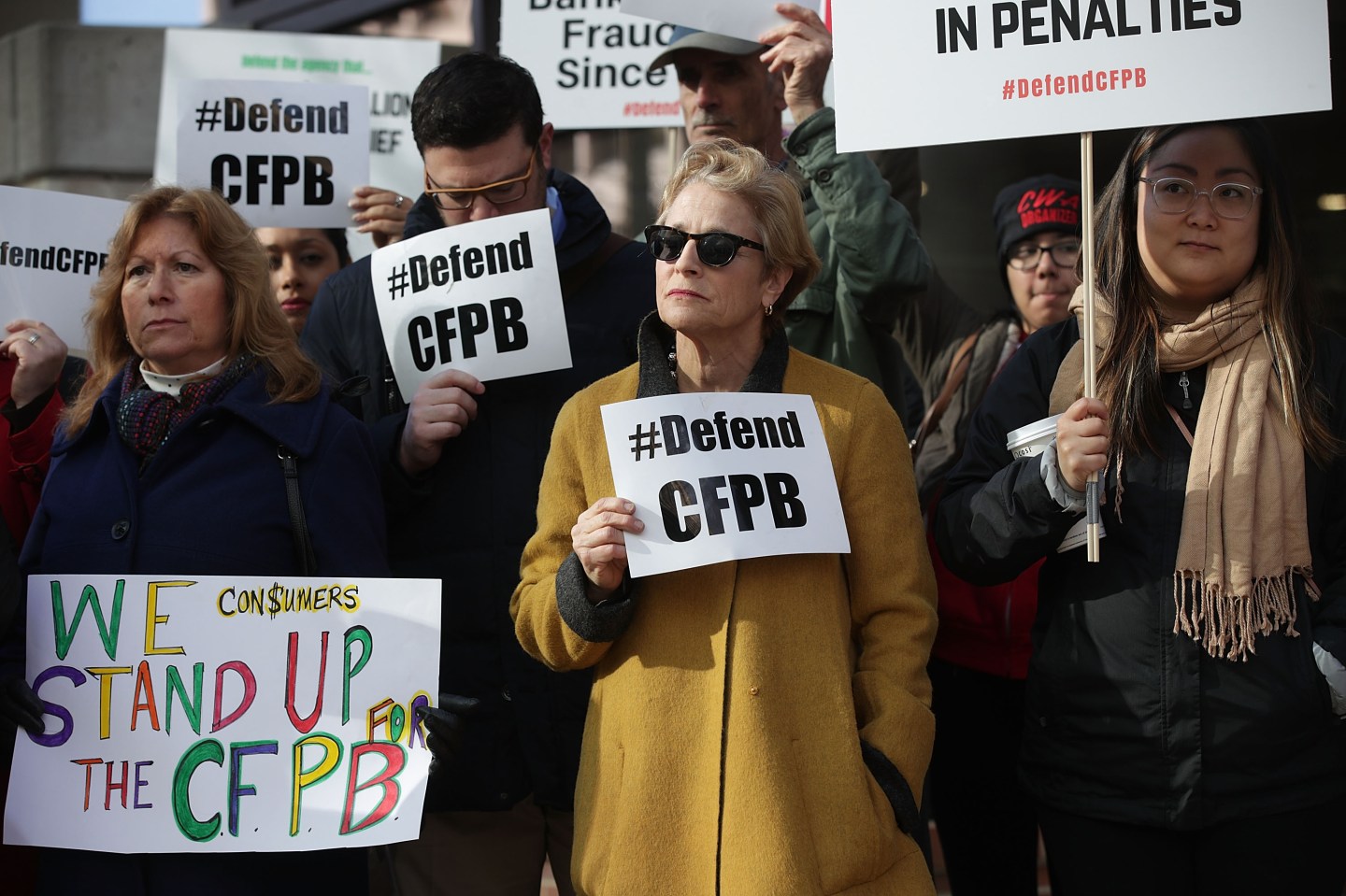 WASHINGTON, DC - NOVEMBER 27: Supporters of the Consumer Financial Protection Bureau hold signs as they gather in front of the agency November 27, 2017 in Washington, DC. President Trump has picked White House Budget Director Mick Mulvaney as the acting director after former director Richard Cordray stepped down and named his chief of staff Leandra English as acting director, setting up a possible court battle over who will lead the agency. (Photo by Alex Wong/Getty Images)
Alex Wong—Getty Images

The Consumer Financial Protection Bureau (CFPB) currently has two acting directions: Mick Mulvaney and Leandra English, both of which the New York Times notes are messily and publicly vying to be the permanent leader of the organization, a position which is appointed by the President.

But what does the CFPB do?

The Consumer Financial Protection Bureau was established in 2010 under the Dodd-Frank act. During the Obama administration, the organization was tasked with targeting financial companies with unfair or abusive practices.

The organization’s official goal, according to its website, is to “make sure banks, lenders, and other financial companies treat you fairly.”

So far, the organization has been responsible for close to $12 billion in refunds and canceled debts for nearly 30 million consumers.

English was an Obama-era successor to the director position.

Mulvaney, who was appointed by Trump as a temporary leader, has been critical of the agency in the past, going as far as to call it a “joke” and a “wonderful example of how a bureaucracy will function if it has no accountability to anybody.”

Republicans have often been quoted as saying the agency overreaches its regulation of the banking industry. Trump himself commented on the agency on Twitter this weekend:

The Consumer Financial Protection Bureau, or CFPB, has been a total disaster as run by the previous Administrations pick. Financial Institutions have been devastated and unable to properly serve the public. We will bring it back to life!

For the time being, both Mulvaney and English continue to consider themselves the acting director.