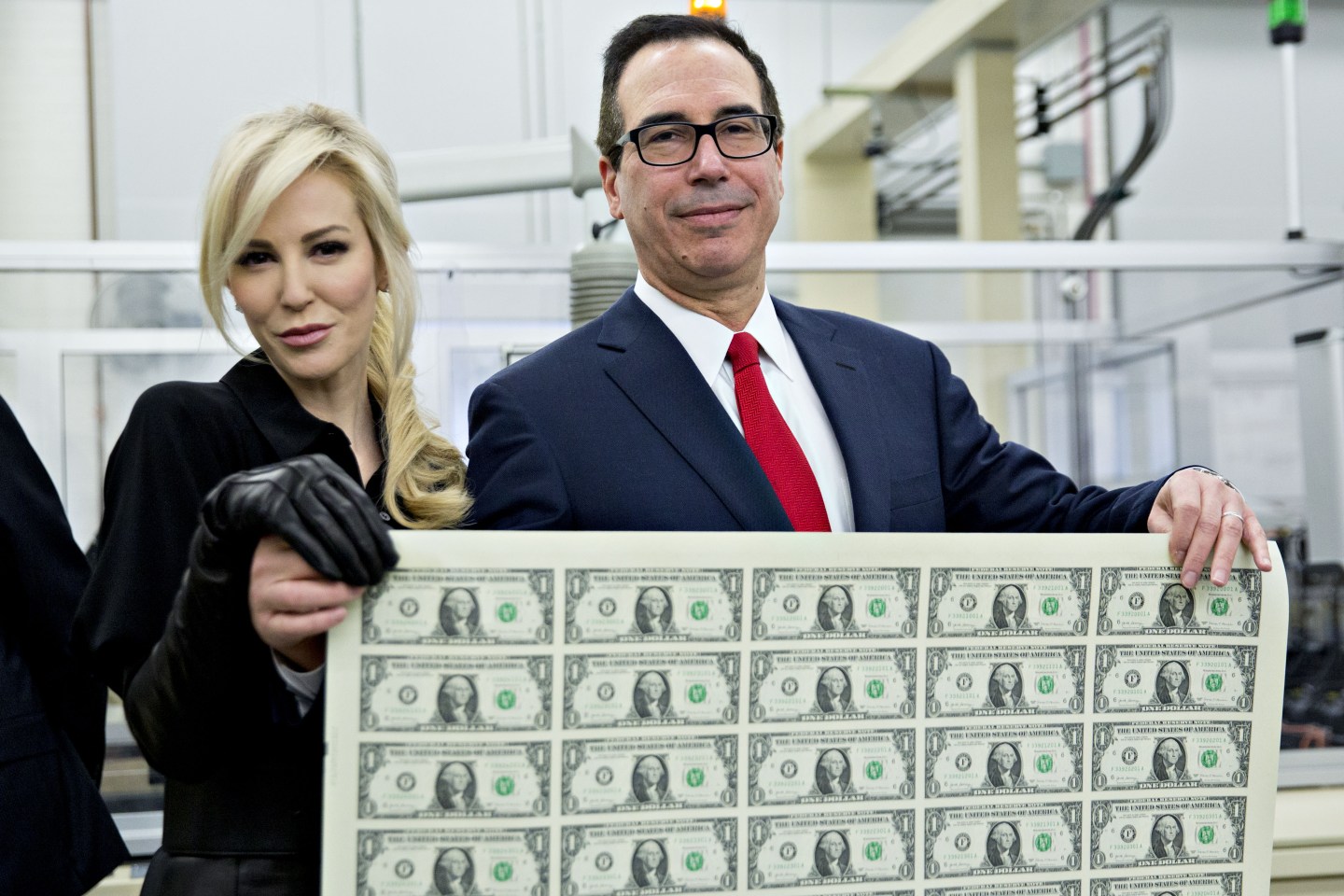 Treasury Secretary Steve Mnuchin reflected on the way he and his wife became viral sensations after recently posing with photos of new dollar bills, acknowledging that he did not know the photographs would go public.

“Let me just say, I was very excited about having my signature on the money, it’s obviously a great privilege and a great honor and it’s something I’m very proud of, being the secretary and I look forward to helping the American people,” Mnuchin told Chris Wallace on Fox News Sunday.

“And why, just briefly, did you and your wife decide that you would have fun with the money and take those pictures?” Wallace pressed.

Mnuchin and his wife Louise Linton experienced their latest bout of internet fame Wednesday when pictures of the two of them posing with a sheet of new dollar bills began circulating on the web. Mnuchin and U.S. Treasurer Jovita Carranza, who now have their signatures on the dollar bill, were touring the Bureau of Engraving and Printing.

The gloves, the Blue Steel gaze! Only way this could be worse would be if Linton and Mnuchin were lighting cigars with flaming dollar bills. pic.twitter.com/72KVMUT1fh

Steve Mnuchin: They're one dollar bills.
Louise Linton: Eh. Does Hermes do a version? pic.twitter.com/H2N0uK7kDh

we still doing this pic.twitter.com/BjbNKVzQZc

Linton became the subject of controversy this past August, after she hashtagged the designer brands she was wearing when she stepped off a government plane in an Instagram post, prompting one fellow user to call her “deplorable.”

Linton responded by calling the woman “adorably out of touch.” “Pretty sure the amount we sacrifice per year is a lot more than you’d be willing to sacrifice if the choice was yours,” she wrote.

Linton subsequently apologized for her statement, calling her comments “inappropriate and highly insensitive.”

The new dollar bill is expected to go into circulation in December.

Mnuchin told Wallace that he had printed his signature on the bill, even though past secretaries had signed the bill, because his previous signature was messy.

“I felt since it was gonna be on the dollar bill forever, I should have a nice clean signature,” he said.