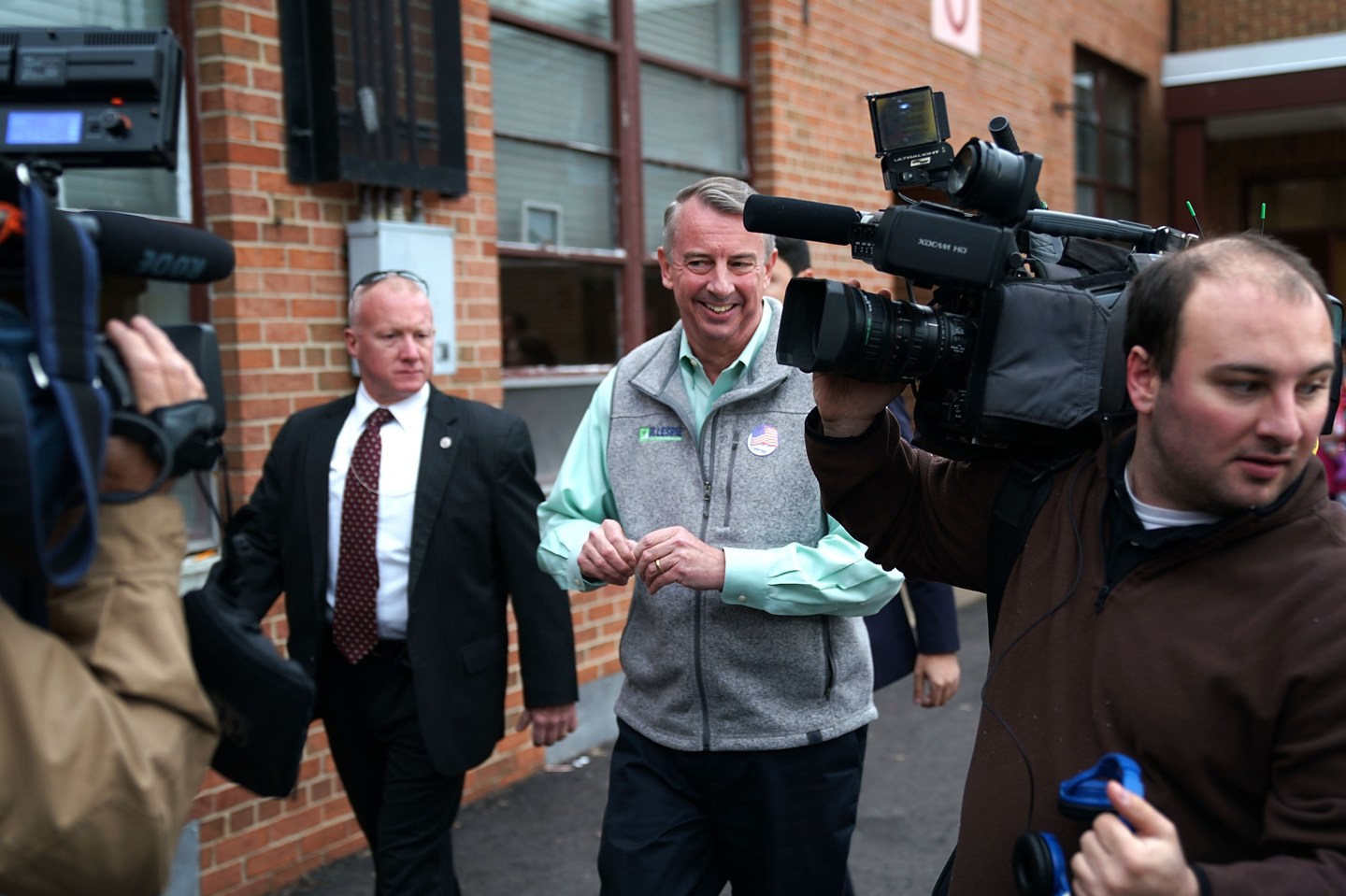 While most polls in the Virginia gubernatorial race show Democrat Lt. Gov. Ralph Northam hanging on by a small margin over Republican Ed Gillespie, the combination of likely errors in polls and expected low voter turnout preclude the ability of predicting the outcome with any confidence.

Instead, the winner in today’s gubernatorial race, which is widely viewed as a referendum on the Trump administration and its policies, will come from the party that most successfully mobilizes voters. While getting the vote out is always a challenge—typically a boots-on-the-ground endeavor involving numerous volunteers—it is especially difficult in an off year in which people are not as motivated to get to the polls. In the Virginia governor’s race, the small margin between the candidates means mobilization is everything, because a few thousand or even a few hundred votes could determine the outcome.

Any single poll is too small of a sample with methodology that tends to be too problematic to be a reliable predictor. While pollsters are doing a better job at outreach to voters—contacting people by cell phone and online, in addition to the traditional dialing landlines—the fact remains that people do not always answer accurately. For example, when asked if they are likely to vote, most people will say yes, even though voter turnout ends up being 30% to 50%.

In addition, people may not admit their intention to vote for an unpopular candidate. In the 2016 presidential campaign, which Hillary Clinton was predicted to win, there was a so-called “secret Trump vote” of people who voted for him, but would not admit to doing so.

Therefore, instead of focusing on poll results, a better indicator is voter mobilization, which has changed in strategy over the past few years. The Obama presidential campaign is credited with elevating the mobilization game by deploying a potent combination of “big data” on voters and huge teams of volunteers armed with information to help get the word—and the vote—out.

In the Virginia race, it’s hard to say which party has the edge on mobilization, in part because of the wild card influence of President Donald Trump. Gillespie, a former Republican National Committee chairman, reportedly did not ask Trump to campaign for him, but has voiced support for many of the president’s policies, including not removing Confederate statues in the state and criticizing football players who “take a knee” in protest during the National Anthem. Gillespie is also seen as running on a Trump-like platform around limiting immigration.

Despite the outcry against the Trump administration—including over the latest revelations in the investigation of alleged Russian election interference—diehard Trump
supporters may stand their ground. These anti-establishment, anti-government voters may make the Virginia governor’s race another opportunity to cast a protest vote.

But will that be enough to deliver victory to Gillespie in Virginia, which voted for Clinton in the 2016 president election? Or, do Trump’s low approval ratings spell trouble for the GOP in Virginia? The Trump administration and congressional Republicans have failed to pass a signature policy: not the appeal and replace of “Obamacare,” nor promised tax cuts that remain up in the air. At the same time, Democrats have not been able to take advantage of the GOP’s dysfunction and mobilize a coalition on the national level.

Even at the eleventh hour, it is too close to call the race in Virginia. But one thing appears certain: The party to get the most voters out will be celebrating victory on Tuesday night.

Jorg Spenkuch is a professor at Kellogg School of Management at Northwestern University.