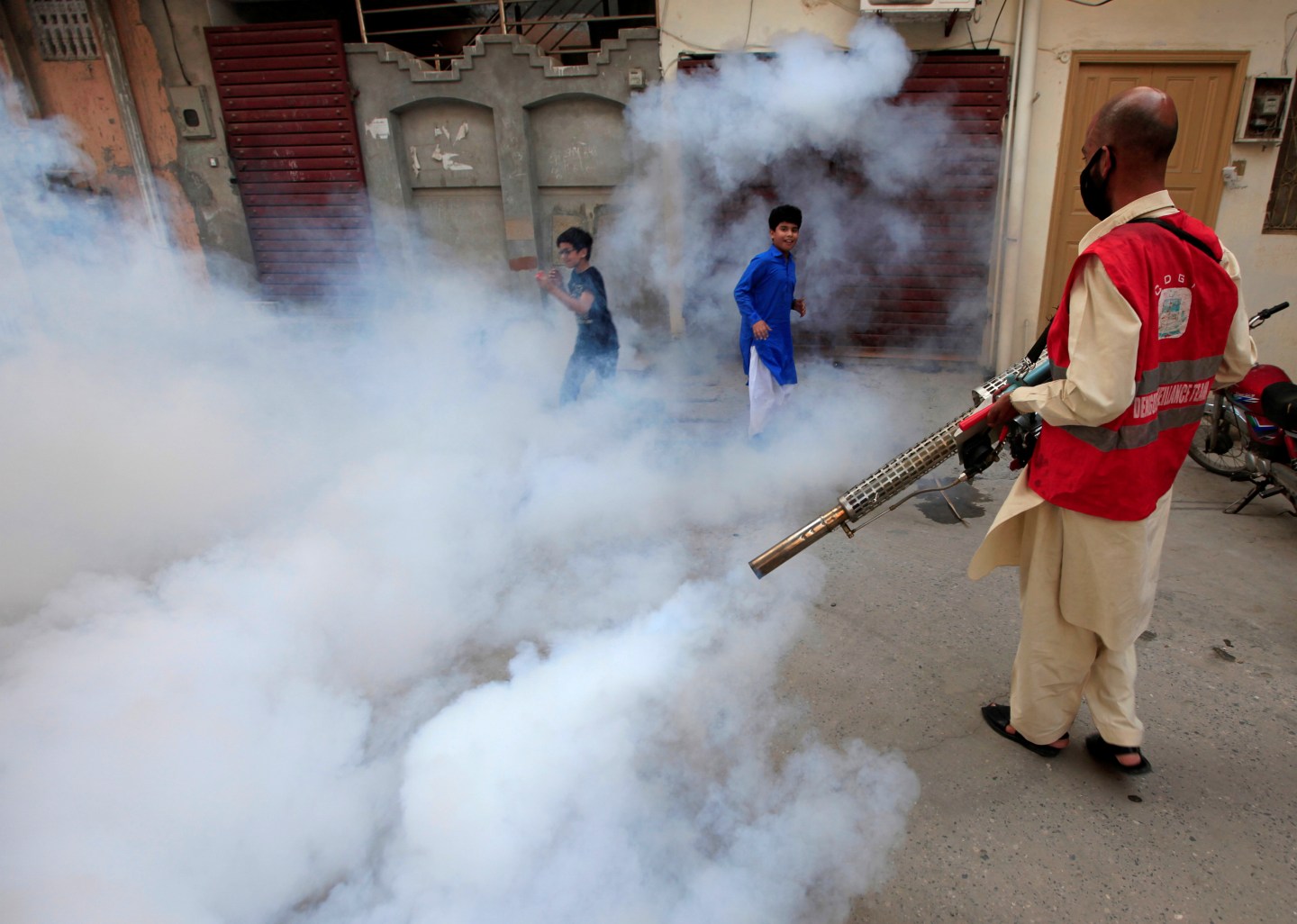 A municipal worker fumigates a street to prevent the spread of dengue fever and other mosquito-borne diseases in Rawalpindi, Pakistan October 20, 2017. REUTERS/Faisal Mahmood - RC1A27846FF0
Faisal Mahmood—REUTERS

Japan’s top drugmaker has become more international under its French CEO Christophe Weber, who took over in 2015. Its vaccine to prevent the mosquito-borne fever is a chance to make a significant impact on a global neglected tropical disease.

Sanofi’s Dengvaxia is the first-ever approved vaccine for dengue, but it is not perfect and did not protect equally against the four different types of the virus in clinical tests.

Symptomatic dengue was recorded in 21, or 1.3 percent, of 1,596 Asian and Latin America children and adolescents vaccinated with TAK-003 compared with nine, or 4.5 percent, of 198 placebo recipients.

In April this year, Takeda completed enrolment for a final-stage Phase III trial – the largest clinical study in the company’s history – that will test the experimental vaccine on 20,100 subjects in eight countries in Latin America and Asia where dengue is endemic.

Results from the Phase III trial are expected in 2018.

Although dengue is not as serious as malaria, it is spreading rapidly in many parts of the world. The virus kills about 20,000 people a year and infects hundreds of millions.

Sanofi initially had high hopes for its dengue vaccine, touting it as a potential $1-billion-a-year-plus product, but initial sales last year were only 55 million euros ($64 million) and industry analysts have been dialling back expectations.

Last November, Takeda said it would invest more than 100 million euros to build a new manufacturing plant for its dengue vaccine candidate in Singen, Germany.

Before joining Takeda, Weber worked in various positions at GlaxoSmithKline, including a stint as president and general manager at GSK Vaccines.