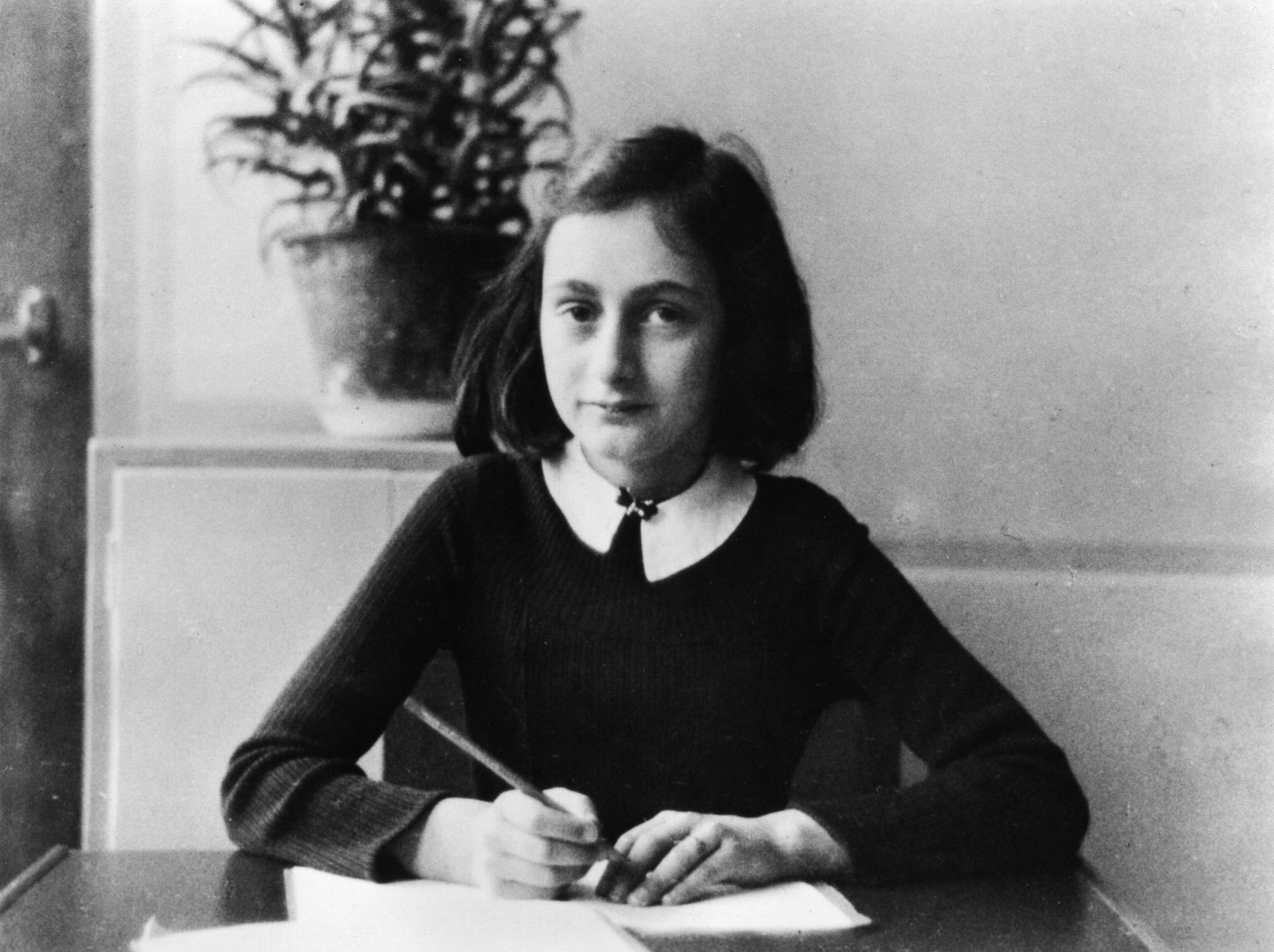 (Eingeschränkte Rechte für bestimmte redaktionelle Kunden in Deutschland. Limited rights for specific editorial clients in Germany.) ' Anne Frank, German Jew who emigrated with her family to the Netherlands during the Nazi era. Separated from the rest of her family, she and her sister died of typhoid fever in the concentration camp Bergen-Belsen - As a 12-year old doing her homework - 1941 (Photo by ADN-Bildarchiv/ullstein bild via Getty Images)
ullstein bild via Getty Images

Like many European Jews who were rounded up and murdered by the Nazis, Anne Frank was transported to her death by rail. The German teenager, who would posthumously become one of the world’s most famous diarists, was taken on one train from the Dutch transit camp of Westerbork to Auschwitz, and then on another to the Bergen-Belsen concentration camp, where she died in 1945.

So it’s not particularly surprising that Deutsche Bahn, the German state rail company, has come under considerable fire for its proposal to name a train after Frank.

“A combination of Anne Frank and a train conjures up the image of persecution of Jews and deportations during World War II,” said the Anne Frank Foundation, which fights against antisemitism and racism in her name. “The combination is painful for the people who experienced these deportations, and causes fresh pain to those who still bear the consequences of those times within them.”

One German parliamentarian, the conservative Iris Eberl from Bavaria, slammed the proposal as “callous.”

In the decades since the Holocaust, many Germans have made a concerted effort to memorialize the country’s crimes—rather than ignore them—and Deutsche Bahn seems to have meant well in this case. It asked the public to suggest names for its new ICE 4 high-speed trains, and Frank’s was one of the most-suggested. It was then chosen from a shortlist, with the intention of honoring Frank.

“It was not our intention at DB to disrespect the memory of Anne Frank in any way whatsoever. On the contrary—aware of the historical responsibility we bear, we made a deliberate decision to help keep Anne Frank’s memory alive,” the company said in a statement responding to the backlash. “We are very sorry if any feelings were hurt as a result of this decision.”

The Anne Frank Foundation said it recognized the “good intentions” of those who name things after Frank, but pointed out that the significance of Frank and what she represents “will increasingly have a contemporary rather than a historical basis.”

“Anne Frank has great symbolic power, and this has led to a multitude of manifestations, such as the naming of streets, schools and parks, but also Halloween costumes and expressions of antisemitism in the world of football. This phenomenon is expected to only become stronger and more varied in the coming years,” it said.

The rail firm says it “of course takes the concerns expressed by the public seriously, and we will address them in internal discussions to follow,” adding that Jewish organizations have agreed to provide the company with guidance.