Stuyvesant’s First Co-Ed Class Was 1% Female. Here’s What Life Was Like For Those 13 Women 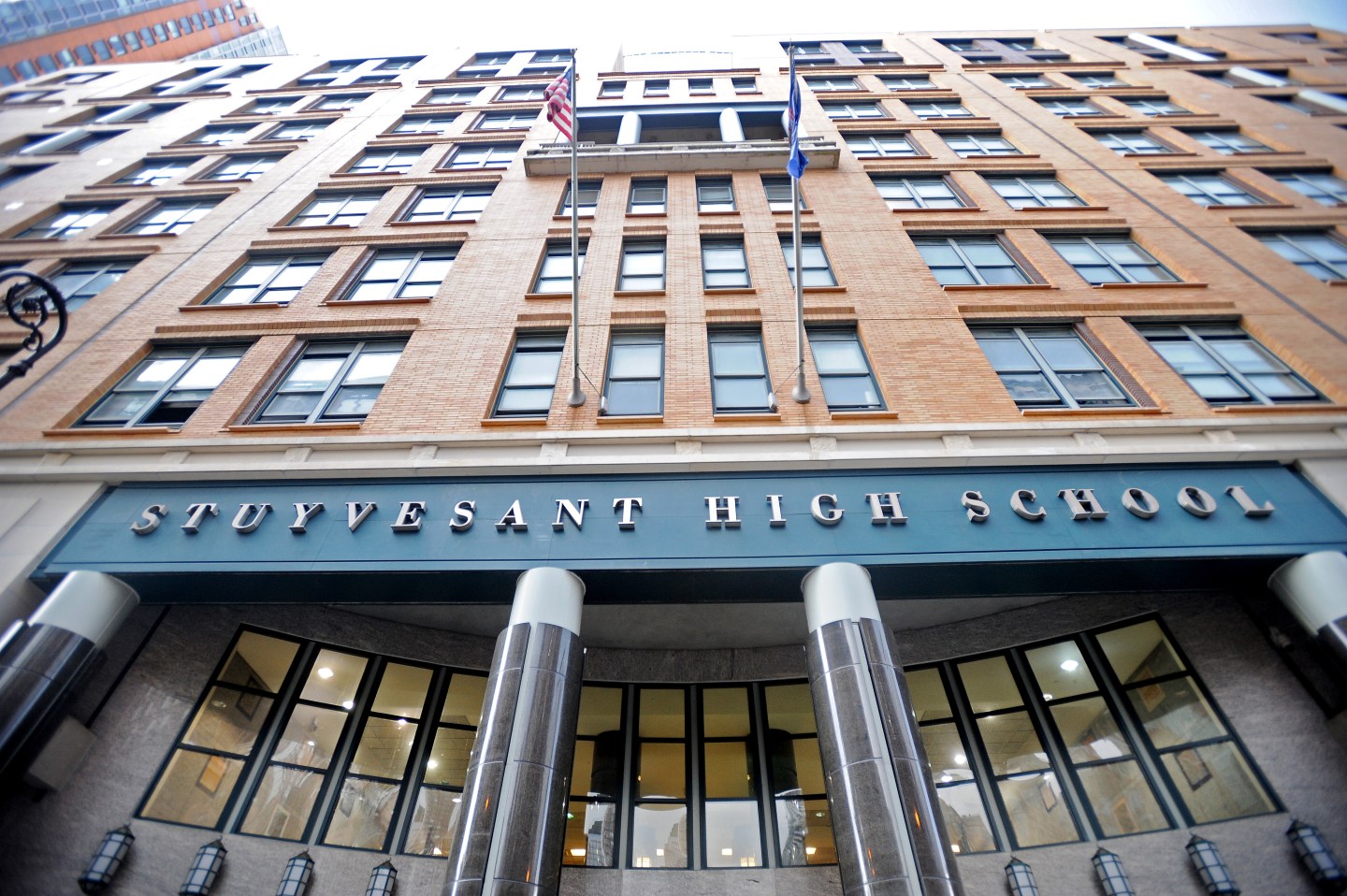 In 1969—the same year as the launch of Apollo 13, as the Stonewall Inn riots, and as the very first Woodstock Festival—a 13-year-old girl by the name of Alice DeRivera decided she wanted to go to Stuyvesant High School, then an all-boys public school in New York City.

DeRivera filed a suit against the Board of Education with the charge that the school’s policy was discriminatory and denied girls the ”equal protection of the laws.” When asked to defend the policy, the BoE backed down and acquiesced to demands that girls be allowed in.

Speaking about the suit on a panel Sunday afternoon in New York City, DeRivera (who now goes by her married name, Haines) said that her main reasons for going through with it were that she was “of an opinionated and slightly arrogant disposition” and that she thought the existing policy was “pretty stupid,” since she had scored better than many of the boys on the Stuyvesant entrance exam. (Today, about 3% of exam takers are accepted.) While Haines never ended up attending the school—her parents moved to the suburbs—13 other girls did that fall thanks to her.

Here’s what 11 of them had to say about their experiences:

Not a single panelist complained of sexism on the part of the male students, of whom there were about 2,000. On the contrary, they say, the boys were extraordinarily welcoming, taking it upon themselves to escort the girls into the building—which was in an unsafe neighborhood—and making sure they were included in after-school activities. The administration was a different story. Male and female teachers alike made it clear that the girls were unwanted and frequently singled them out. “My teachers treated me like a freak show,” said one alumna, Kathy Parks. “The morning greeting was: Good afternoon gentlemen…and Miss Parks.” One teacher even told a female student who was struggling in class: “You need to do more than just sit there and look pretty and rely on the boys to help you out.”

2. Being first is not glamorous…

While we now celebrate many “firsts” in women’s history—Time spent months putting together a project based on that theme—blazing the trail is not so much an epic journey as it is a slog; the recognition and media attention often don’t come until years later—if at all. (Haines received an honorary Stuyvesant diploma in 2013.)

In the case of the panelists, in addition to being ignored (for three years!) by the school principal and listening to male teachers constantly make crude jokes, the first girls of Stuyvesant had to deal with the logistical challenges that came with changing the status quo. The administration converted a men’s bathroom into a women’s restroom in a humiliating way: by covering the urinals with plywood. (“Did they think we were going to use them?”)

The most heartwarming moments of the event were those in which the panelists recognized the impact they had had on the lives of others. Haines received multiple standing ovations and was flanked by alumnae of all ages after the event, telling her what a profound impact her stubbornness had on their lives (a large portion of the school is made up of economically disadvantaged students who would otherwise have gone to their often-struggling local public schools). Another alumna, Lisa Bing of the class of 1977, was awestruck when she saw the school’s cheerleading squad in the audience. She had pestered the administration to start the club and to get funding for uniforms. It still exists decades later.

The writer of this piece is a Stuyvesant graduate, who was part of the school’s cheerleading squad.