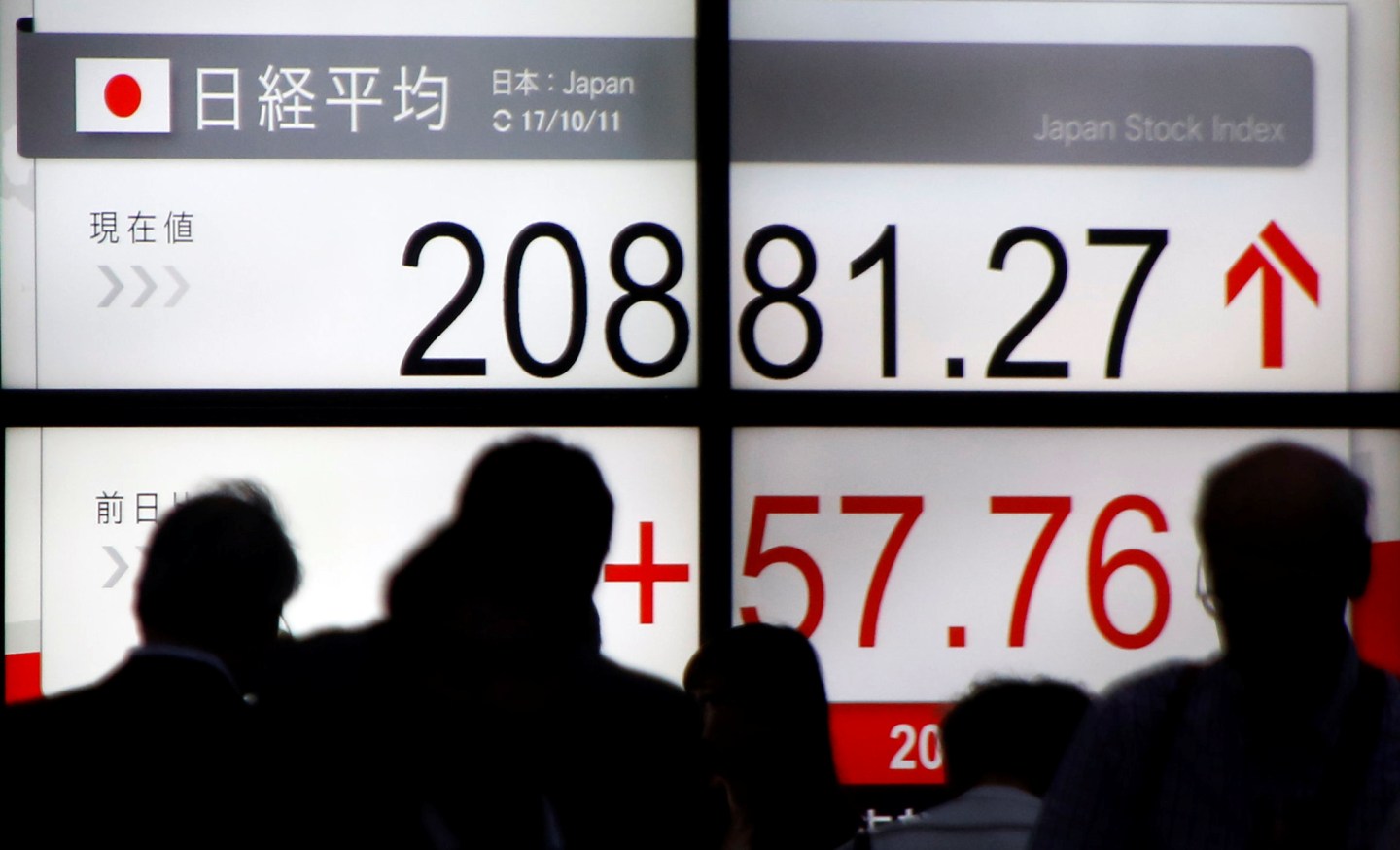 Japan’s Nikkei share average made 21-year highs on Monday and was on course to rise for a record fifteenth straight session, lifted by a weaker yen after Japanese Prime Minister Shinzo Abe’s coalition scored a resounding election victory on Sunday.

The index gained 1.4% last week, making its sixth straight weekly gain and its longest weekly winning streak in a year.

Abe’s coalition kept its two-thirds “super majority” in the lower house, reassuring investors that his “Abenomics” economic reforms would continue, including the Bank of Japan’s easy monetary policy, which has resulted in a weaker yen and benefitted exporters.

“It would be particularly positive if this very strong political position that Abe has re-established allows him to push for further radical policy — that would be a bonus,” said Stefan Worrall, director of Japan equity sales at Credit Suisse in Tokyo.

The market’s attention will now shift from to companies’ earnings, he said, which could underscore Japan’s recovery and pave the way for more gains as long as external factors are conducive.

“This election result is more relief than anything, and it’s impressive, but the rally that we’ve seen year-to-date has had very little to do with domestic politics, or even monetary policy. It’s had a lot more to do with the strength of overseas markets,” Worrall said.

Fueled by Abe’s victory and hopes of Trump’s tax reform, the dollar rose to three-month highs above the 114-yen level.

The insurance sector gained 1.7% matching the gain by T&D Holdings.

Shares of Kobe Steel Ltd (KOBE-STEEL) were flat on the day. On Friday, as the embattled steelmaker said it had lost some customers because of widespread data falsification that had extended to its mainstream steel sheet business. It also admitted it had violated statutory standards set by the industry ministry.