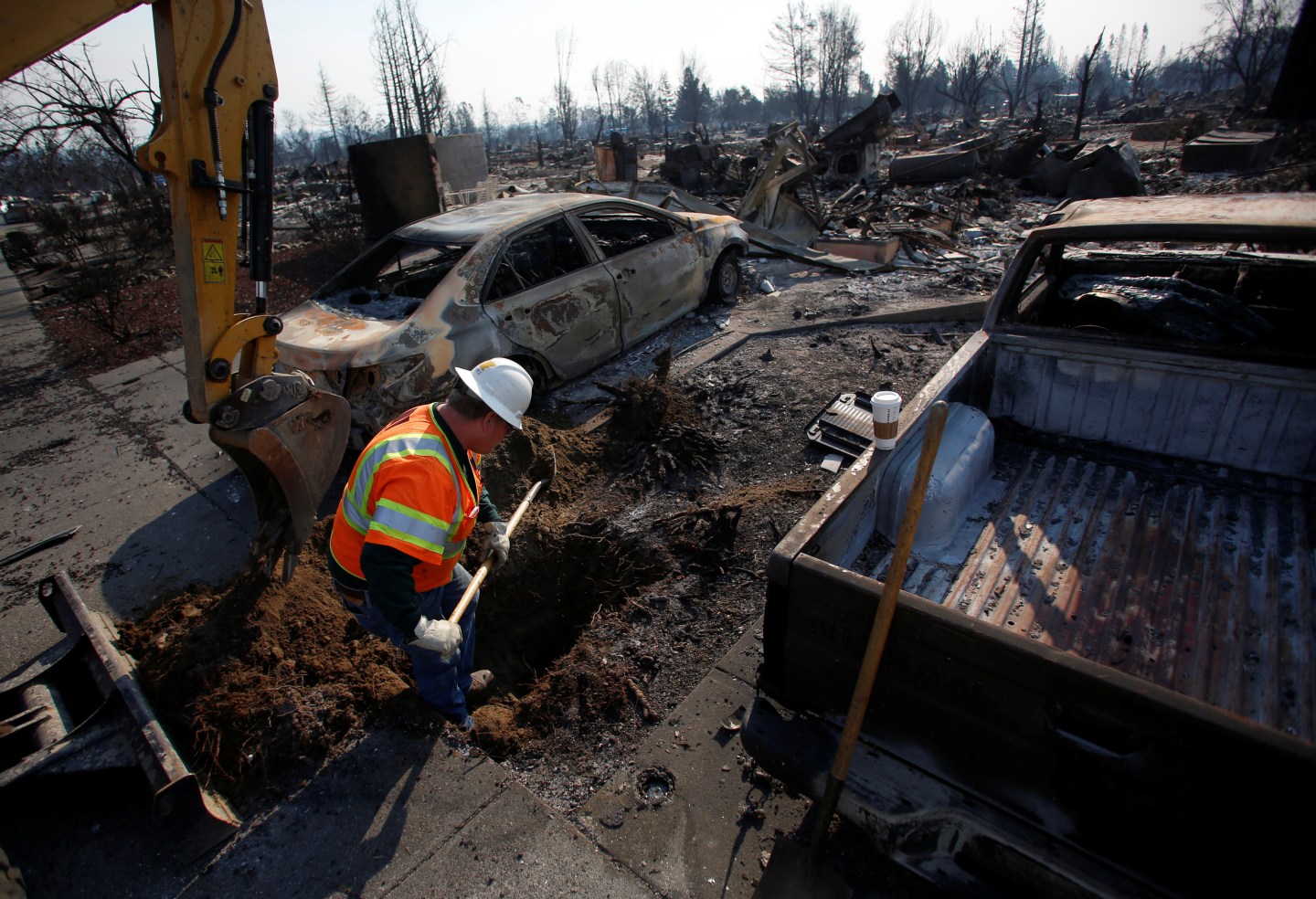 An employee of Pacific Gas & Electric digs to find an electrical transformer in a destroyed neighborhood on Oct. 15, 2017 after a wildfire tore through Santa Rosa, California, U.S.
Jim Urquhart—REUTERS

The California Department of Insurance said on Thursday its preliminary estimate for insured wildfire losses was $1.05 billion, based on claims received by the state’s eight largest insurers, adding that it expected the numbers to rise.

Since erupting on Oct. 8 and 9, the blazes in parts of Northern California have blackened more than 245,000 acres, (86,200 hectares) and destroyed an estimated 6,900 structures as of Thursday, including homes, wineries and other commercial buildings.

More than 15,000 people remain displaced, the California Department of Forestry and Fire Protection, said on Thursday.

Residents of Northern California’s wine country left homeless by the state’s deadliest-ever wildfires could be temporarily housed in federal government trailers, officials said on Wednesday, as the death toll from the blazes rose to 42.

Moody’s Investor Service estimated insured losses at $4.6 billion on Monday, based on an earlier figure of 5,700 destroyed structures, according to a report.

Insurer Travelers Cos Inc, which announced its third quarter results on Thursday, also warned investors of large claims likely this quarter from the wildfires.

For more on the California wildfires, see Fortune’s video:

The company paused a share repurchase plan in September to conserve cash as it reviewed claims from Hurricanes Harvey and Irma, which made landfall in September and October, and it is still evaluating that position in the light of wildfire claims, said Travelers Chief Executive Alan Schnitzer on a conference call with analysts.

The insurer, as of Thursday, received 3,220 homeowners insurance claims and 1,110 auto insurance claims, mostly from damage sustained in Napa and Sonoma Counties, a spokesman said.