Trump Can’t Just Walk Away From the Iran Deal. It’s Not an Atlantic City Casino. 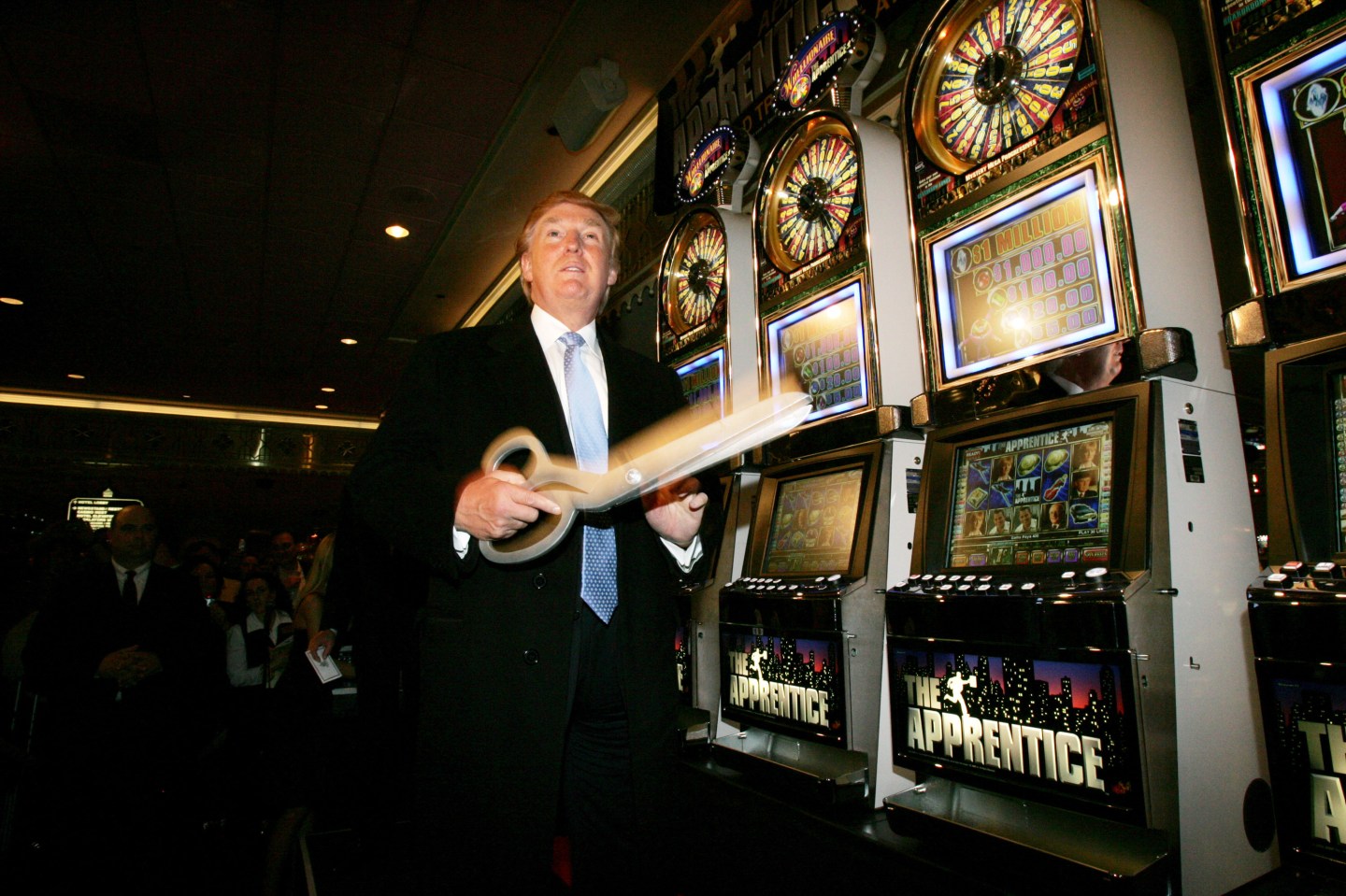 Last November, the election results indicated that the nation was disappointed with the performance of its politicians, and so it decided to bring in a property developer and reality TV star to straighten out the government. This decision is akin to being disappointed with your plumber, and deciding to hire an accountant to fix your leaky pipes instead.

Like our fictional plumbing accountant, President Trump has hopefully realized by this point that his experience in the private sector has not adequately prepared him for his new role in public service. As a former Pentagon staffer with nearly a decade in public service, I have some advice for the president: The government is not a business. It cannot and should not operate like one.

When a business runs into an intractable problem, it generally has the option to take a pass and move on to another venture. But in government, there is no escaping intractable problems. The United States government cannot simply decline to address Russia or the Islamic State and move on to something else with a better return on investment, as the president did with his casinos in Atlantic City. Transactional approaches, where leaders seeking to “do a deal” simply throw up their hands and walk away if they fail to get the terms they want, are a tragically poor way to govern, as we have seen in the president’s handing of North Korea, Iran, and strategically important trade agreements like the Trans-Pacific Partnership.

Instead, the country requires strategic leaders who understand that they are in a multi-round game, and that their job is frequently to make impossibly difficult choices between terrible options. An example is the Joint Comprehensive Plan of Action (JCPOA), known colloquially as the “Iran deal.” Faced with the prospect of a nuclear-armed Iran, the Obama administration made a clear-eyed assessment of the situation and successfully averted the worst case scenario through negotiation. President Obama knew that we live in the real world, not some fantasyland where Iran would accede to all of our demands without receiving anything in return. He knew that it was not possible to curtail all of Iran’s malign activity, or to secure its commitment to halt its nuclear program without making concessions in return. Members of President Trump’s national security team seem to understand this reality as well. He would be wise to heed their council, but it is more likely that he will decline to certify on Friday that Iran is fulfilling its obligations under the agreement, courting additional chaos in what is already a highly dynamic situation.

Government and businesses have fundamentally different missions. Government is responsible for the health, safety, and welfare of the entire citizenry. Businesses are responsible only to themselves and their shareholders. Companies have a clearly defined and easily measured objective: to make money. In the case of publicly traded companies, they have a fiduciary duty to maximize their shareholders’ wealth. The objective is clear, measurable, and agreed upon by everyone involved. Not so in government, where objectives are numerous, occasionally mutually exclusive, and often impossible to measure.

For example, why did the United States invade Iraq in 2003? Because it had weapons of mass destruction? To prevent further terrorist attacks against the United States? To promote democracy and liberate the Iraqi people? Even if everyone agreed on a single objective, how would one even begin to go about quantifying measures of success against any of these goals?

Congressional oversight of the executive branch is another aspect in which governing is completely unlike operating in the private sector. Congress is like a 535-member board of directors. Any one of these members can delay or block aspects of the president’s agenda, as he experienced in the latest Republican push to repeal Obamacare. Is Congress inefficient? Absolutely. Is there a better way to ensure a government of, by, and for the people? If so, it has yet to be invented in 6,000 years of human civilization.

The scale of the enterprise managed in government is also not comparable to most companies. Although the president ran one of the largest privately held companies in the country, the Trump Organization is tiny when compared to the federal government. It has 22,450 employees, had a revenue of $9.5 billion in 2015, and focused primarily on real estate and licensing deals. Compare this data to the federal government, which employs over 2 million people, has an annual budget of $4 trillion, and whose responsibilities range from ensuring food safety to conducting advanced medical research to fighting wars. This fact perhaps explains why the president has lacked the experience and discipline necessary to effectively manage the federal enterprise.

Government has a lot more to learn from the business world at the operational level, particularly in areas like data analytics, cost accounting, human resources, and information technology. It is in these areas where former corporate executives can leave their mark by making the government more effective in fulfilling its responsibilities, and thus a better value for the taxpayer. However, even at the operational level, there are clear limits to the ability and advisability of government adopting business best practices. For example, just-in-time sourcing is a common best practice in the private sector, saving money by ensuring that companies are not sitting on large warehouses full of stuff they may or may not use. But in a military context, where conflict disrupts supply chains, failure to stockpile war materiel in advance and in many different locations could result in a quick defeat of United States forces unable to supply themselves. In this way, we could lose the war before it even really begins, all in the pursuit of saving a buck.

The bottom line is that you have to understand how a system works before you can fix it. History gives us many examples of businessmen who became highly effective statesmen. Many of the architects of the post-World War II global order began their careers on Wall Street. Former secretary of defense Robert McNamara provides an example of both the virtues and the pitfalls of corporate executives taking on senior government roles. His belief that the Department could distill an activity as complex and fundamental to the human condition as war down to easily measured metrics (i.e., body count) contributed significantly to our defeat in Vietnam. On the other hand, he revolutionized the way the Department makes decisions about resource allocation. The core of the process he built remains in place today.

President Trump has routinely rejected the nature of government and what it means to be a public servant. By adopting some humility and investing time and energy in learning how the government operates the way it does and why, the president and other corporate executives-turned senior government officials could figure out how to apply their expertise to their new roles to great effect. Many of the president’s appointees from the private sector seem to be doing just that, including Deputy Secretary of Defense Patrick Shanahan and Under Secretary of Defense for Acquisition, Technology, and Logistics Ellen Lord. In contrast, the president appears committed to tearing down a system he has not even begun to understand, doing incalculable harm to the American people in the process.

Susanna V. Blume is a Fellow at the Center for a New American Security. She is the former Deputy Chief of Staff for Programs and Plans to the Deputy Secretary of Defense.