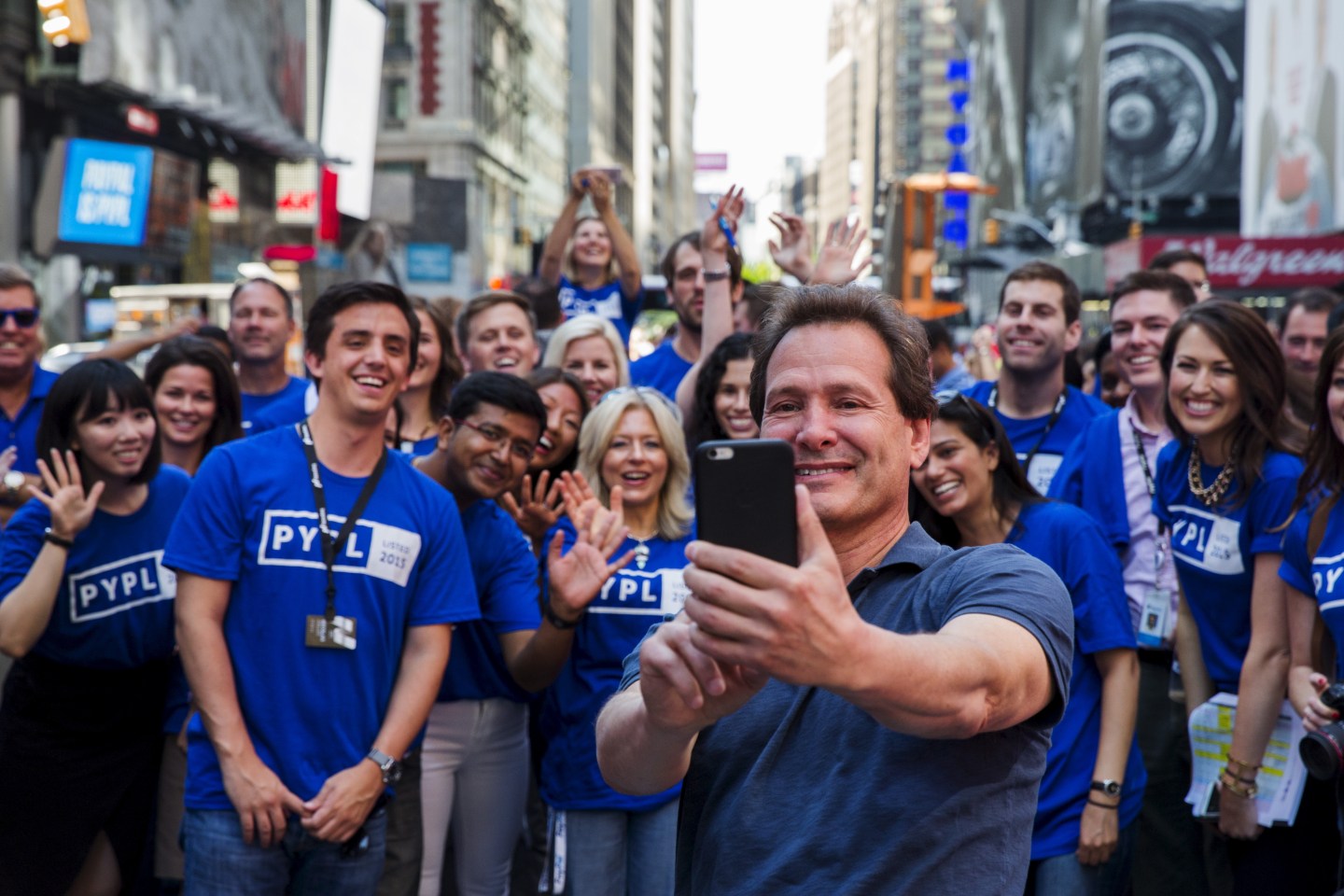 Paypal CEO Dan Schulman (C) celebrates with employees after the company's relisting on the Nasdaq in New York, July 20, 2015. PayPal Holdings Inc shares jumped as much as 11 percent in their highly anticipated return to the Nasdaq on Monday, valuing the company at about $52 billion. REUTERS/Lucas Jackson - RTX1L2DJ
Photograph by Lucas Jackson — Reuters

Like many others in Silicon Valley, PayPal’s efforts to create a more inclusive workforce show some gains for women. The number of women at the vice president level in the company increased by 20% compared to last year, but there was little change in ethnic diversity in 2016.

“We still have a lot of work to do, but I’m proud of the progress we’ve made,” president and CEO Dan Schulman said.

The company released diversity data on Wednesday for the second time since its split from by eBay in 2015, though they do not make their full EEO-1 data public.

The report shows that 43% of PayPal’s workers are women. This is actually a one percentage point decline from last year, but women did make slight gains among leadership ranks, now 36% female, and technical roles, now 25% female.

The representation of black employees remained the same as in 2015 at 8% of the company’s U.S. workforce, while the number of Latin, Asian, and “other” employees (a category that groups together American Indian, Alaskan Native, Native Hawaiian, Pacific Islanders, and multiracial individuals) increased by one percentage point each compared to last year.

Among leadership roles, the percentage of Hispanic, Asian, and other employees increased slightly, but the number of black leaders did not change.

PayPal announced that they have reached global gender pay equity and ethnic pay equity for their employees in the United States.

“There’s obviously no reason for there ever to be any pay parity discrepancies and we’re very rigorous in looking at this and ensuring that does not occur here,” Schulman said.

Five of the company’s 11 board of director seats are now held by a woman or underrepresented minority.

“Another very important part of this, for me personally, was that we set examples by leading at the very top of our company,” Schulman said, noting that since the beginning of 2016, PayPal’s board went from 20% diverse to 45% diverse.