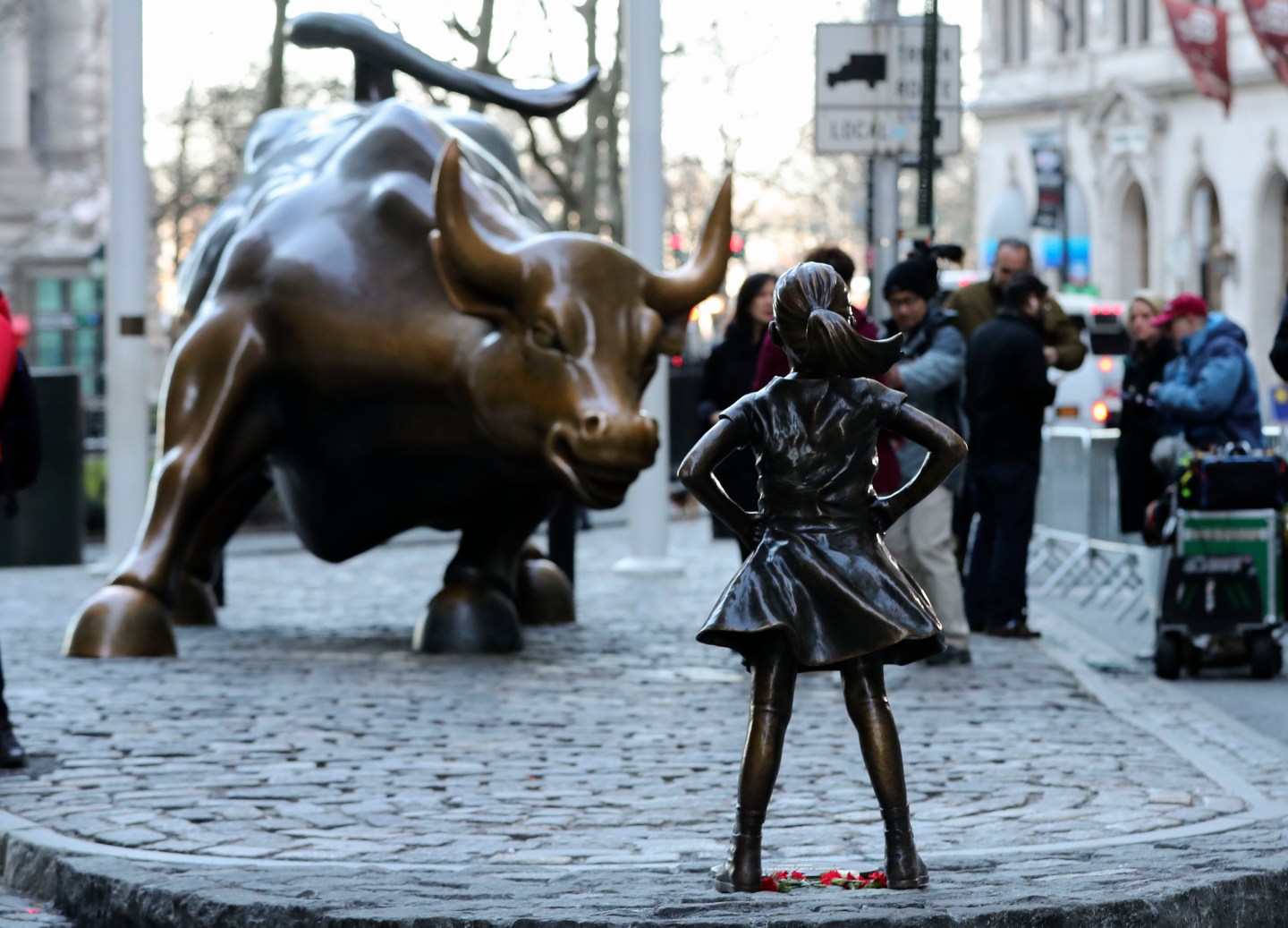 The financial-services company behind Fearless Girl, the statue of a young woman challenging Wall Street’s Charging Bull, is about to pay millions of dollars to women employees who say it treated them unfairly. Boston-based State Street has agreed to a $5 million settlement over allegations that it paid female employees less than their male counterparts.

According to the Labor Department, State Street, the asset management firm that installed the statue—which has been hailed by some as a powerful symbol of female equality—has paid women in top leadership roles less men in similar positions. The government also alleges that the company paid some of its black executives less than white executives in the same role.

The finding are based on an analysis the agency ran at the firm’s Boston headquarters in December 2012, which concluded that pay disparity dated back to “at least December 1, 2010, and continuing thereafter.” The DOL first notified State Street of its allegations in March, soon after Fearless Girl was installed on Wall Street.

The firm disputes the government’s findings and shared the following statement with Fortune:

“State Street is committed to equal pay practices and evaluates on an ongoing basis our internal processes to be sure our compensation, hiring and promotions programs are nondiscriminatory. While we disagreed with the [DOL’s] analysis and findings, we have cooperated fully with them, and made a decision to bring this six year-old matter to resolution and move forward.”

The settlement is particularly awkward for State Street given its very public support of women’s empowerment. It installed the Fearless Girl statue, in part, as a promotion for SHE, a State Street exchange-traded fund that invests only in companies committed to gender diversity. At the same time, it issued an announcement that it would vote against corporate boards that did not take serious steps to improve their gender diversity.

State Street has also instituted company-wide goals aimed at establishing gender parity in its management ranks, as Fortune reported in a feature article in May.

Yet the company’s actions and messaging haven’t always been consistent. Bloomberg reports that State Street has taken a different path when it comes to shareholder proposals related to gender pay, voting against all but two of them.