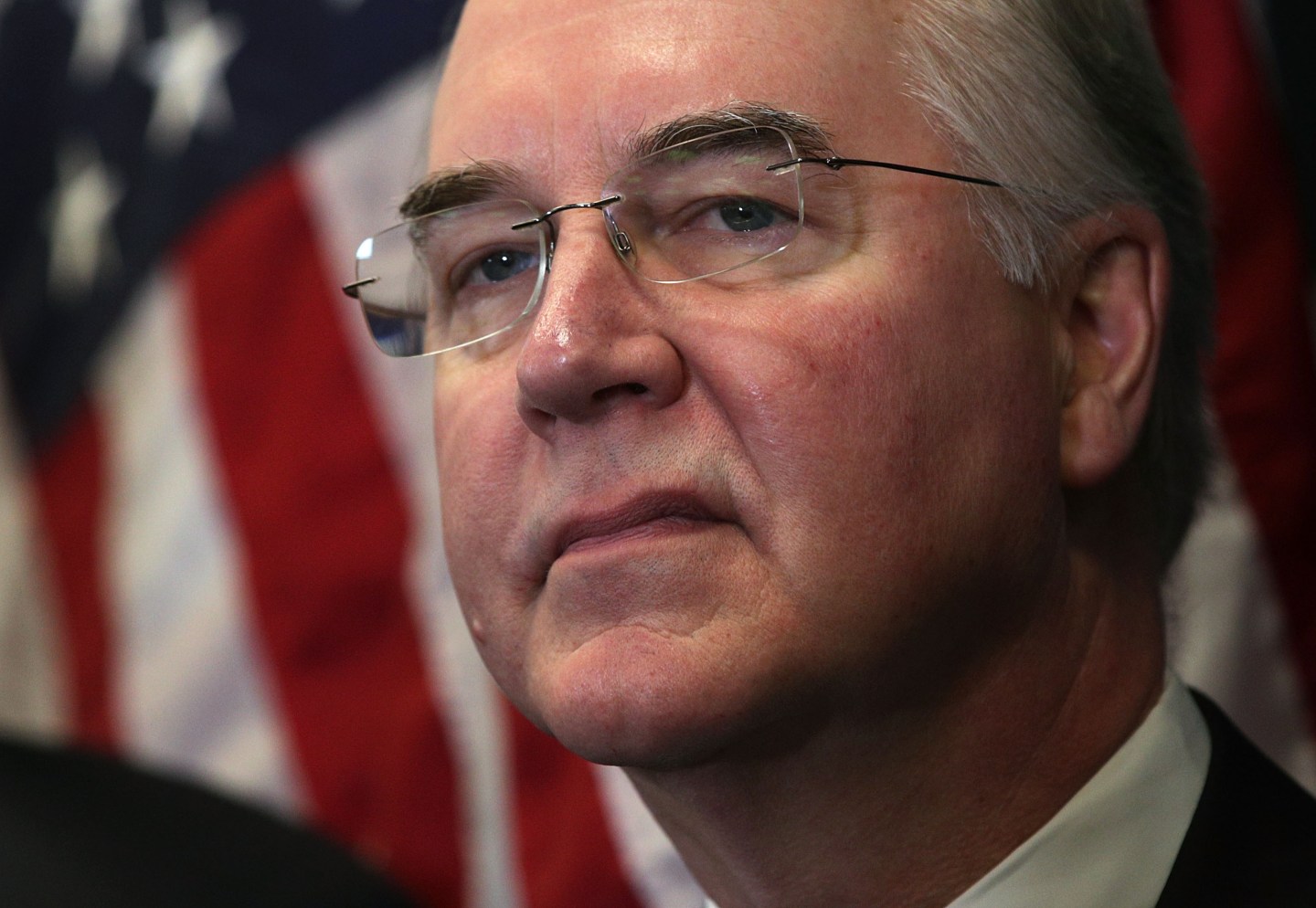 People—Democrats, Republicans, taxpayers, even President Trump—are mad at Health and Human Services Secretary (HHS) Tom Price. A week ago, Politico revealed that Price had taken at least two dozen private, chartered flights rather than flying commercial, a mix of private and professional travel that cost hundreds of thousands of dollars. Looking to put the controversy behind him, Price issued a statement Thursday saying he would write a personal check to cover the expenses. But two words were curiously missing from Price’s apology: “I’m sorry.”

If the details above aren’t enough to justify a mea culpa, the backstory is. Prior to becoming the Trump administration’s health secretary, Price served as a U.S. representative for Georgia, a seat from which he railed about reckless government spending. In fact, one of the biggest, most reckless federal programs he opposed was the Affordable Care Act. Price’s proposal for improving healthcare was to get rid of Obamacare entirely.

So the appearance of impropriety on Price’s part struck a chord with, well, nearly everyone. And when people looked closer, they found even more abuse. Politico reports Thursday that Price and his wife also went all over Asia and Europe using military aircraft at a price of more than $500,000. That brings the airfare tab to $1 million since May so far, the publication reports. Price’s tab is getting bigger.

Meanwhile, Democrats have requested that HHS investigate Price’s travel. Republicans have questions of their own. “What the f*** was he thinking?” CNN reports a Republican senator as saying. “It’s just stupid.”

Tom Price is going to reimburse the Treasury for the cost of his travels via private jet pic.twitter.com/nFvcivbS9T

If you read the statement closely, you’ll notice Price’s statement isn’t an apology at all. In raising “if any changes or reforms are necessary,” he is hedging against fault. And by saying it was “approved by legal and HHS officials,” he is shrinking from responsibility. Finally, as critics point out, the secretary is only repaying a portion of the chartered flights’ costs. That’s not the best way to show contrition.

Sure, he says “I regret the concerns this has raised regarding the use of taxpayer dollars.” But that is hardly enough. When you were a kid, you’d never get away with saying something like that to your mother, and Price isn’t getting away with a sorry-not-sorry now. Just imagine: “I regret my the concerns my teenage drinking raised regarding the use of your liquor cabinet.” You’d be grounded for sure. (And I’m not talking about taking the train, instead of flying.)

Writing a check isn’t an apology, no matter what you put in the memo field. The best way to say you’re sorry is to do it boldly—to own the mistake—just as if you were strolling down the tarmac to a plane that was all gassed up and waiting just for you. Just ask United CEO Oscar Munoz how to do it. He got the rare opportunity to make amends twice.

And the thing about apologizing is that you don’t really even have to mean it—though that helps. The simple act of saying “I’m sorry” can take you a long way. It might not be as comfortable as flying in a private jet, but it can get you where you need to go.