Your Guide to Getting Wi-Fi on Most Major Airlines 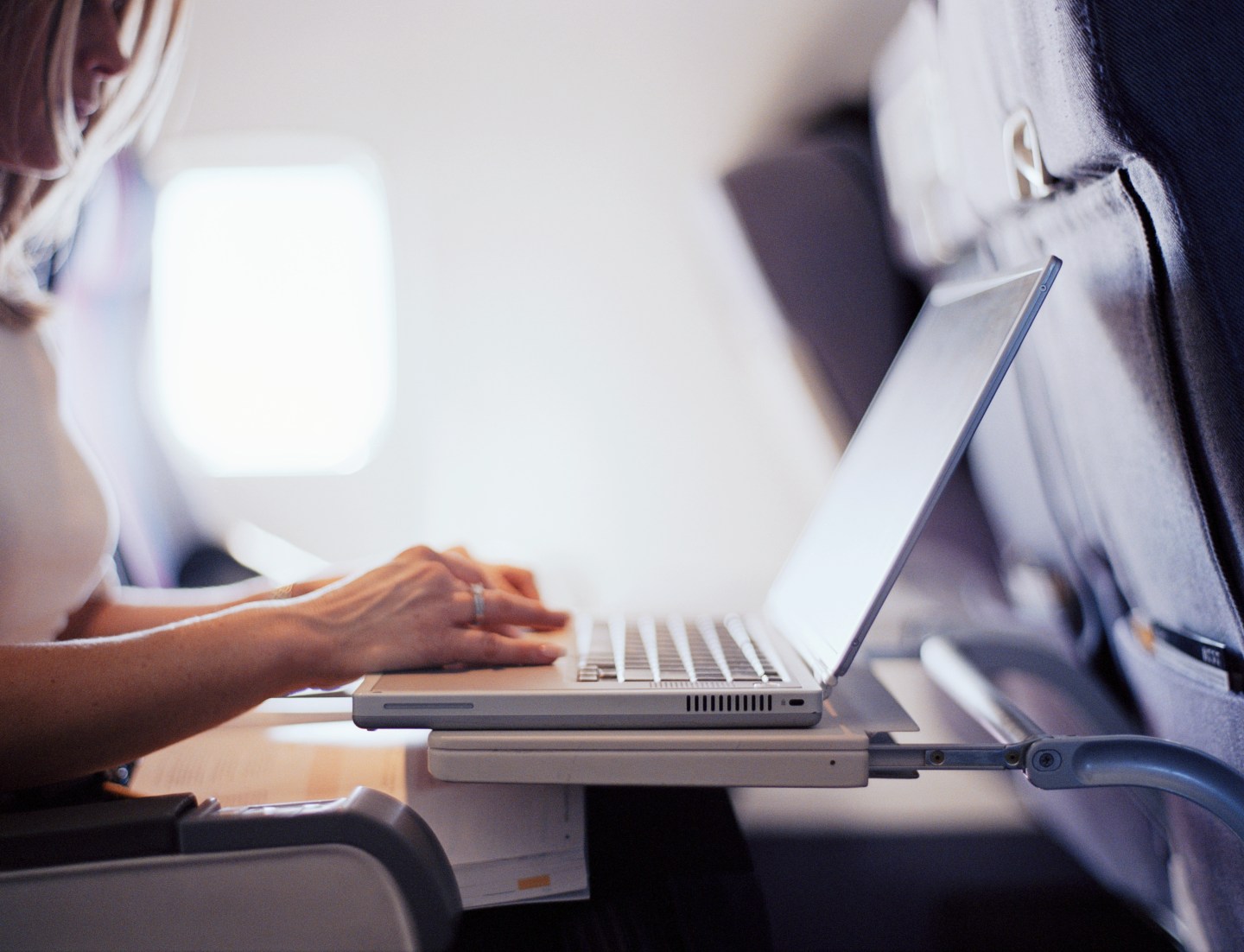 Being able to browse Facebook, email and watch Netflix on flights has become more important than ever. But what’s the best way to get Wi-Fi one planes? We had some experts break down how to get the best deals before you take off.

One company travel bloggers Chris McGinnis and Edward Pizarello suggested travelers familiarize themselves with is Gogo, an in-flight Wifi provider to American, Alaska, Delta, Virgin America, and United Airlines. “The most important thing a frequent traveler can do is to buy Gogo passes on the ground instead of waiting until getting on the plane. Buying a day pass in advance costs just $19 while buying a full flight pass on a [transcontinental] flight can cost up to $50,” McGinnis says.

Since there are a number of in-flight internet providers out there, Edward Pizzarello, editor of PizzaInMotion.com, also suggests using the website Route Happy to see what is available on a specific flight.

Some airlines like Spirit Airlines, Frontier Airlines, and Hawaiian Airlines don’t offer in-flight Wi-Fi. But for those major airlines that do, here’s a breakdown of how to get the best Wi-Fi deals.

Passengers can also purchase a $7 one-hour pass from Gogo that works on American Airlines flights.

Wi-Fi is available on nearly all of their flights, according to their website. Pizzarello noted American Airlines uses Gogo and a few other providers to power their Wi-Fi. Most Gogo-powered Wi-Fi on American Airlines flights uses their older cell-tower technology, which provides about 9 Mbps for the entire aircraft. However, more of the airline’s flights are getting upgraded to Gogo’s newer satellite-powered service, which provides 15 Mbps per person.

Delta offers a $16 day pass for domestic prices as well as their own global day pass through Gogo for $28. Similar to American Airlines, Delta upgrading more of its in-flight Wi-Fi offerings to Gogo’s satellite-based technology.

JetBlue provides free Wi-Fi service on all planes. McGinnis adds that it’s satellite based (with a speed of 12 and 20 Mbps per person).

Southwest has one of the most affordable paid-for plans at $8 a device per day. “The service is reasonably fast, though you can’t stream movies from services like Netflix or Amazon Price,” Pizzarello says. “They do offer movies for rent onboard at a price of $5 each.”

United offers a range of packages, with options as small as 30 minutes of connectivity for roughly $4. They also offer full-flight passes for prices ranging from $8 to $20 per flight, Pizzarello says.

Pizzarello noted United’s Wi-Fi offerings vary and they have a handful of different products. This also means that they don’t offer any monthly pass options. According to Pizzarello, “the speeds are generally faster than American and Delta but slower than JetBlue’s Fly-Fi service.”

McGinnis said he’s found United’s service to be inexpensive, but unreliable. “When it works, it’s great! Speedy and easy,” McGinnis says. “But when it does not, its a real pain because it usually means inflight entertainment system is out, too.”

Virgin American also uses Gogo’s first generation Wi-Fi service. Like Alaska Airlines, they’re beginning upgrades to the 2kU service in early 2018, according to Pizzarello. They also use ViaSat on some aircraft. You can buy a pass through Gogo if your plane uses its service for $19 for the day or $7 an hour. Service on ViaSat enabled planes ranges from $5 to $18, depending on the length of the flight. Monthly and annual Gogo subscription members can also use this service for free.