What Is a Blue Ocean Market? 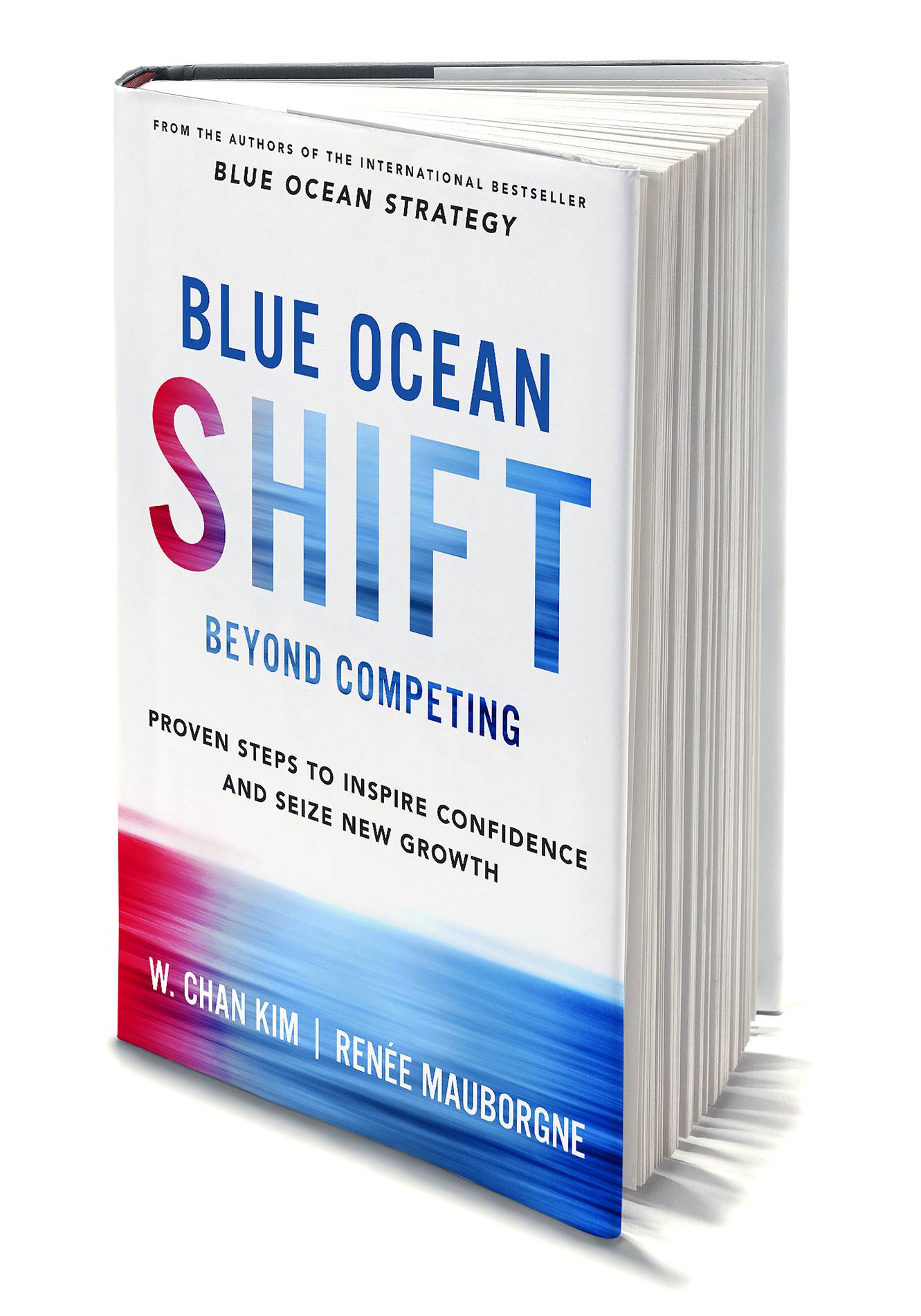 “Blue Ocean Shift: Beyond Competing” is the follow-up to the global best seller “Blue Ocean Strategy” by professors W. Chan Kim and Reene Mauborgne. The books’ central concept is that of “blue oceans”—new markets or innovations devoid of competition that will create new demand. “Blue Ocean Shift” focuses on a systematic process for identifying those unchartered water. Below follows an excerpt.

Before showing you how to make a blue ocean shift—how to move your organization from market competing to market creating—we first need to clarify what market- creating strategy really is and how it works.

We’ve seen a lot of confusion on this through the years, as some people have difficulty understanding how various perspectives on market creation fit together. Some equate market creation with creative destruction or disruption. They think you need to destroy or disrupt an existing market in order to create a new one. Others regard market creation as a matter of innovation, and often see technology as the key to unlocking new markets. Still others view market creation as synonymous with entrepreneurship and believe it to be the domain of entrepreneurs

All these views are partly right. But they are also partly wrong, because each offers an incomplete picture of how markets are created. Without having a complete picture, efforts to make a blue ocean shift will miss many opportunities and may even be misdirected. So here we build a holistic model of market-creating strategy that shows not only the available strategic options and how they produce blue ocean shifts, but also their corresponding growth consequences. Using this model, we can understand how these existing partial views fit together in the big picture.

Creative Destruction and Disruptive Innovation Are Only Part of the Picture

In speaking with executives, entrepreneurs, and government leaders, one consistent pattern we’ve observed is how often they associate market creation with the concepts of creative destruction or disruption. Creative destruction is the iconic term coined by the Austrian economist Joseph Schumpeter, who observed that although competition in existing markets is good, diminishing returns eventually set in as buyers’ needs are satisfied and profits are competed away. The real engine of economic growth, he argued, is therefore the creation of new markets. But, in his view, this creation is dependent on destruction.

The most well-known study on disruption directly relevant to market creation is the influential idea of disruptive innovation. Whereas creative destruction occurs when a superior technology, product, or service comes along and destroys the old with the new, disruptive innovation begins with the arrival of an inferior technology, which then crosses the line from inferior to superior and, in doing so, displaces market leaders.

The classic example here is the disruption and eventual dis- placement of leading disk drive players, which were caught off guard by bottom-up disruptors that initially entered the scene with simpler technology and inferior performance.

The distinguishing insight here is that the technology waltzing into an industry need not be superior, as Schumpeter suggests, but instead can come in as a Trojan horse whose initial inferiority does not appear to threaten the mainstream market. As a result, established players ignore the newcomer until it’s too late. What these ideas have in common, however, is their shared focus on the displacement of existing players and markets.

Important as disruptive creation driven by either creative destruction or disruptive innovation is, however, it still misses another universe of market-creating opportunities. As our research shows, many new markets have also been created without disrupting existing ones.

If you have children and live in any one of 147 countries around the world, from the United States, to Afghanistan, to Germany, Japan, or Yemen, you have heard of Sesame Street. Big Bird, Elmo, Ernie, and Bert are just a few of the lovable Muppets that teach preschool children how to count, name their colors and shapes, and recognize the letters of the alphabet. And the best part is that children have so much fun watching the program they don’t even realize how much they’re learning. But parents do, which is why they love it too. It’s the antithesis of what many people associate with education. It seduces and amuses as it educates the very young.

Sesame Street didn’t disrupt any prior market for early childhood education. It didn’t destroy and replace preschools, or libraries, or parents reading bedtime stories to their children. Rather, Sesame Street opened up a new value-cost frontier that unlocked the new market of preschool edutainment that, for the most part, had never existed before. In contrast to “disruptive creation,” Sesame Street is the result of what we call “nondisruptive creation,” as it created new market space without disrupting an existing market.