How the London License Ban Could Help Uber’s New CEO 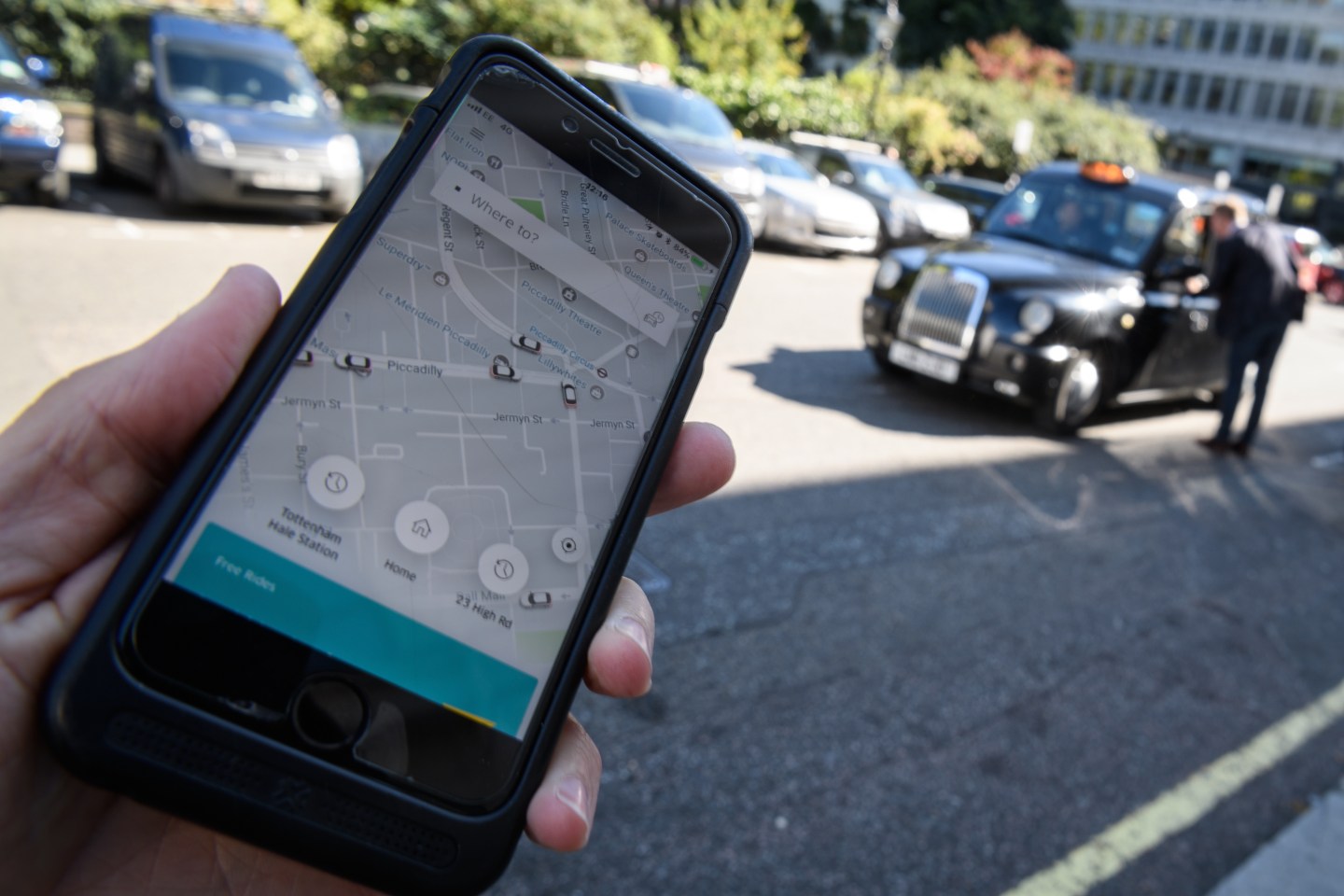 LONDON, ENGLAND - SEPTEMBER 22: In this Photo Illustration, a phone displays the Uber ride-hailing app on September 22, 2017 in London, England. The Transport Regulator has announced that it will not re-new the company's licence to operate in London as it's current service is "not fit and proper". (Photo by Leon Neal/Getty Images)
Leon Neal Getty Images

The decision by Transport for London (TfL) to strip Uber of its license to operate in one of its biggest markets could be an unexpected gift for CEO Dara Khosrowshahi, who took over leadership of the ride-sharing company less than a month ago. Rather than going to court, Khosrowshahi can do what no one expects: Accept a temporary ban in London in return for a chance to prove his seriousness about changing the company’s culture and business practices.

Uber’s license expires on Saturday, and won’t be renewed by TfL due to allegations that the company’s “approach and conduct demonstrate a lack of corporate responsibility in relation to a number of issues which have potential public safety and security implications.” Uber has 21 days to appeal TfL’s decision, which gives the company a short-term reprieve to continue operating. But taking a counterintuitive approach and accepting a short-term license ban could very well reinstate Uber’s London license and improve relations with city officials there, while also shoring up the company’s reputation in other cities amid ongoing investigations into its business practices.

London is not Uber’s only trouble spot. The U.S. Department of Justice, for example, reportedly is investigating Uber’s “Greyball” technology, and whether Uber has used it as a kind of smoke screen to control what law enforcement officials see when looking into its operations. In the face of such serious allegations, Khosrowshahi has no choice but to increase transparency with regulators, customers, and the entire Uber team.

There will be pain in the short term: Some 3.5 million passengers and 40,000 drivers use the Uber app in London. But by demonstrating that the company understands the allegations and ill will against it and is committed to changing these perceptions by taking tangible actions, Uber will be able to create positive momentum. This will accelerate the company’s growth on a sustainable basis far more assuredly than taking a short-term combative role.

Commendably, Khosrowshahi sent an email to Uber employees following TfL’s decision, in which he reflected that “there is a high cost to a bad reputation.” Now, he needs to back those words with decisive action: specifically, to get on the next plane to London for the sole purpose of meeting with TfL officials and London Mayor Shadiq Khan, who has voiced full support for TfL’s decision.

Accepting the consequences of a “bad reputation” will be a strong message delivered in London that will resonate elsewhere—demonstrating that Uber stands ready to make amends for its past, including a toxic corporate culture, disgruntled employees, and a very public chronicle by a former employee of alleged sexual harassment at the company.

Like every CEO, Khosrowshahi is under pressure from stakeholders to generate a return. But a sustainable return is the byproduct of a company operating according to its values for the benefit of employees and customers. This is the choice Khosrowshahi faces: Fight the ban to keep operating in the short term or build a long-term reputation based on greater transparency and willingness to change for the better. The implications of this choice go far beyond London.

As Khosrowshahi also wrote in his email to employees: “…It really matters what people think of us, especially in a global business like ours, where actions in one part of the world can have serious consequences in another.” If he truly believes those words, then as the CEO who says he is committed to establishing a new culture at Uber, he must also step up to accept this significant test of his leadership. He cannot simply cast doubts about “whether we did everything that is being said about us in London.”

I know this lesson first-hand. In 2001, while I was CEO of Baxter International, a $12 billion health care company, a dialysis filter product made in a Swedish plant owned by Baxter was blamed for 53 deaths in several countries. We made many corrective actions, including shutting down two facilities, even though only a small percentage of the filters we made were involved. I personally met with the president of Croatia to apologize on behalf of the company for the deaths of 23 people in his country.

To be the leader means taking responsibility and doing the right thing—not the easy or the expedient thing. Khosrowshahi is in a tough position, having inherited a troubled company from founder Travis Kalanick, who was forced to step down amid scrutiny into Uber’s bullying culture and inexcusable treatment of women, which were among the findings exposed by an internal investigation earlier this year.

Now, under Khosrowshahi, greater transparency on Uber’s part in working with regulators could be a big part of the cultural turnaround the company needs. For that to happen, Khosrowshahi must be willing to take the bitter medicine that London officials are administering in the short term for the long-term health of the company.

Harry Kraemer is a professor at Kellogg School of Management at Northwestern University and former CEO of Baxter.