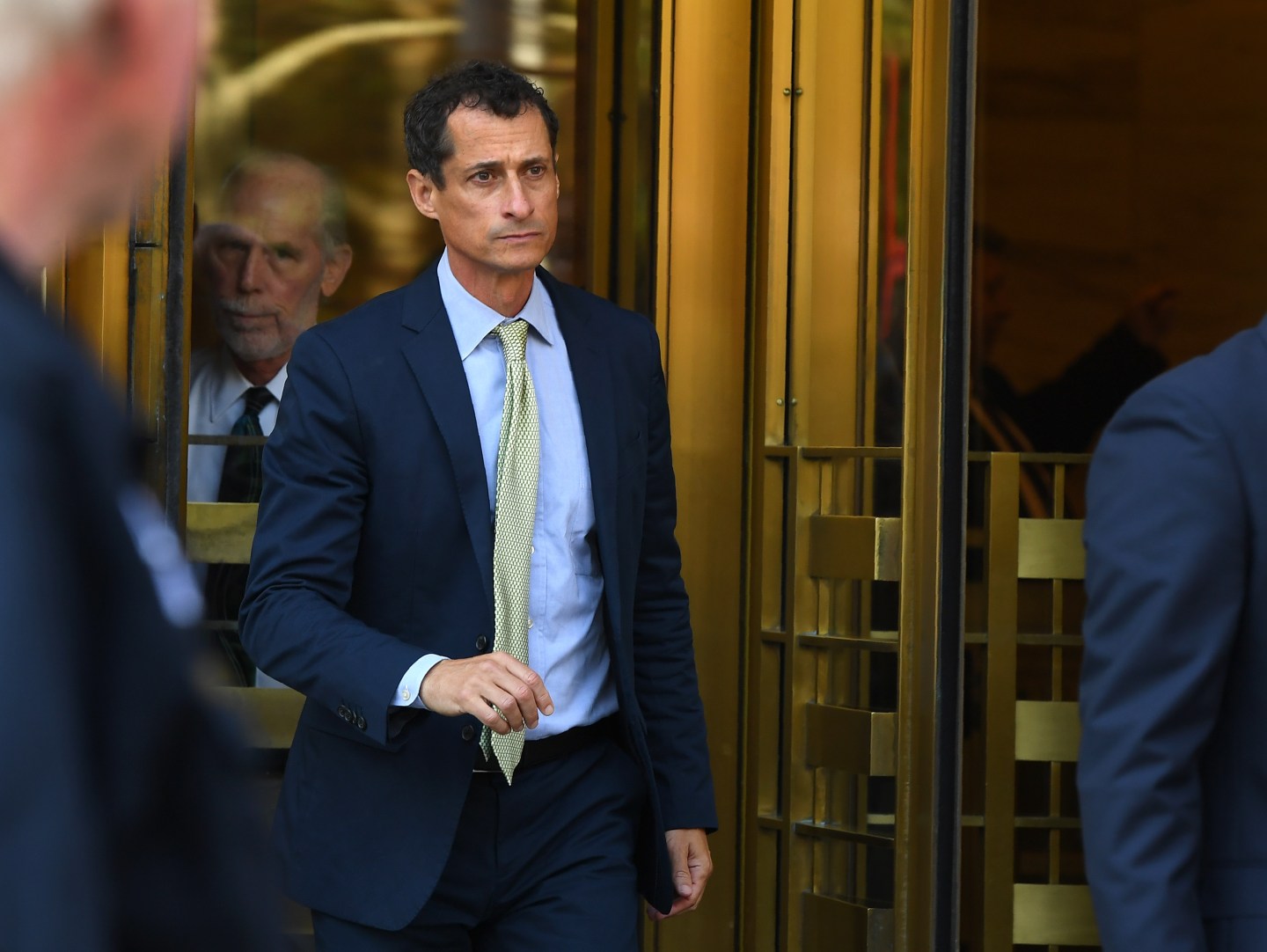 Anthony Weiner, the disgraced former Congressman and New York mayoral candidate, has been sentenced to 21 months in federal prison for sending sexually explicit pictures and messages to an underaged girl.

Weiner, a democrat, pleaded guilty in May to sending a series of sexually explicit pictures and messages to a 15-year-old girl in North Carolina. As part of that agreement, he agreed not to appeal any sentence between 21 and 27 months and will register as a sex offender.

“I am profoundly sorry to her,” he wrote in a letter to the court. “I was selfish. I have no excuse for what I did to her.”

Weiner resigned from Congress in June 2011 after admitting to “exchang[ing] messages and photos of an explicit nature with about six women over the last three years.”

But his sexting days weren’t over yet. During his 2013 campaign to become New York’s next mayor, Weiner was caught in another sexting scandal after sending explicit photos to a 22-year-old using the alias “Carlos Danger.”

Weiner’s conduct ended up playing a critical role in the 2016 presidential election. Weiner was married to Huma Abedin, a Hillary Clinton aid, at the time. Abedin filed for divorce in May 2017.

Less than two weeks before Election Day, then-FBI director James Comey reopened the probe into Clinton’s use of a private email server because of potentially “pertinent” emails on Weiner’s laptop. These emails were uncovered as a result of the FBI’s investigation into Weiner sharing illicit photos.

Nine days later, Comey announced there was nothing new in the batch of emails and that the FBI would not seek charges against Clinton. “Well, great. Too little, too late,” Clinton wrote in her election memoir What Happened, which became widely available earlier this month.