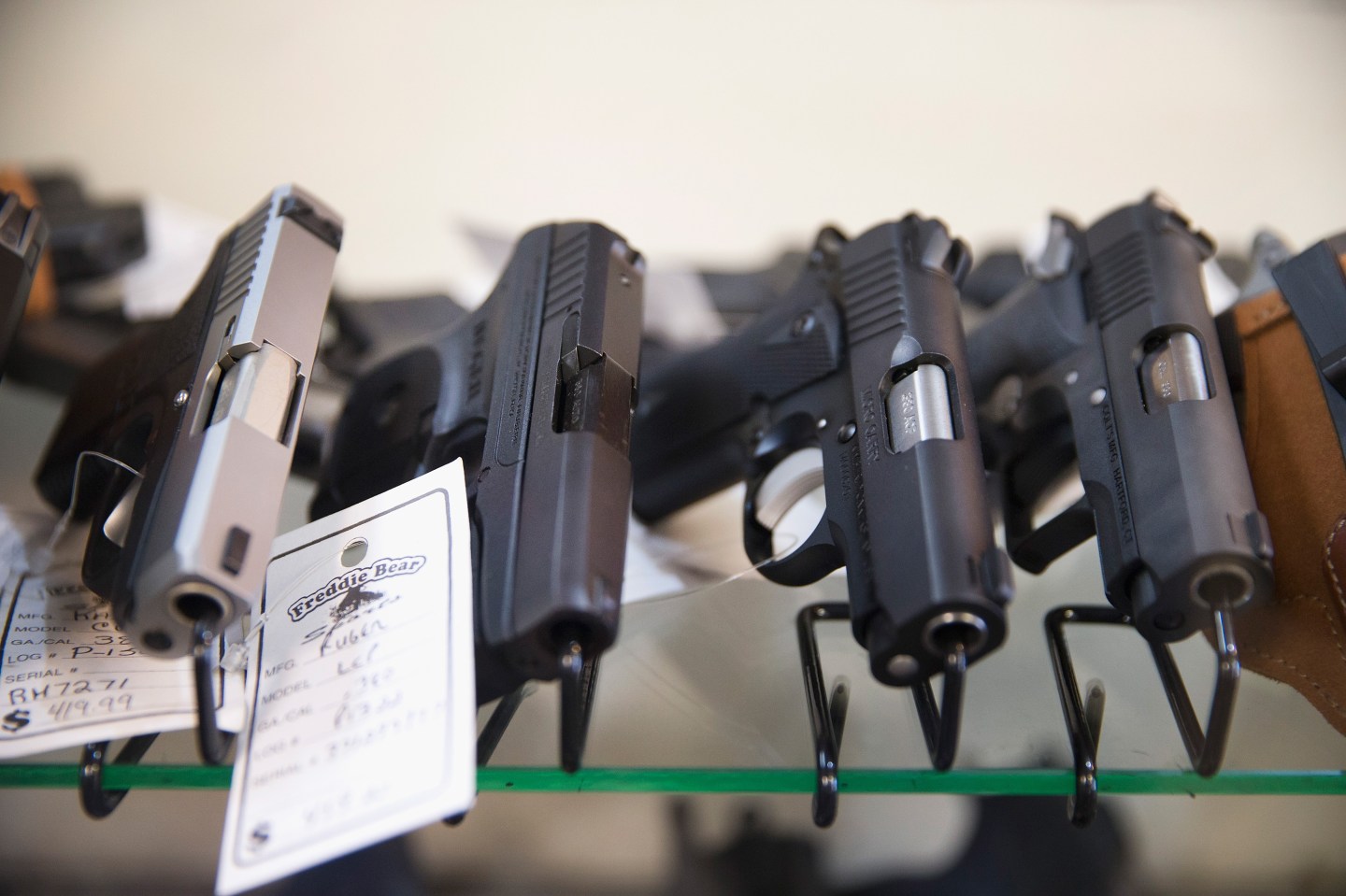 A move by the Trump administration to make it simpler to sell small arms abroad may provide some relief to gunmakers American Outdoor Brands and Sturm Ruger & Company (RGR) in an industry grappling with a deep sales slump since the election of President Donald Trump.

Shares of Sturm Ruger & Company and Smith & Wesson-owner American Outdoor Brands surged as much as 18% on Tuesday after Reuters reported a potential relaxing of oversight in foreign sales by the Trump administration, although they gave back over 4% in the following session.

The expected relaxing of rules could increase foreign gun sales by as much as 20%, the National Sports Shooting Foundation estimates. As well as the industry’s big players, it may also help small gunsmiths and specialists who are currently required to pay an annual federal fee to export relatively minor amounts of products.

However, American Outdoor and Sturm Ruger, the two publicly traded U.S. gunmakers, make well below 10% of their revenue from foreign sales, according to company filings, which means even a large increase in exports to other countries would have a minor effect on their overall businesses.

Still, analysts reacted positively to the plan, initiated but not completed by the Obama administration, to shift oversight of international non-military firearms sales from the State Department to the Commerce Department, which would put the focus more squarely on facilitating trade.

“While difficult to estimate the potential financial impact, we believe Smith & Wesson’s iconic brand and products would sell well to international customers,” Craig-Hallum analyst Steven Dyer wrote in a note to clients.

The companies did not immediately respond to a request for comment.

Fears that Democratic candidate Hilary Clinton would win the election and curb gun rights led to record purchases last year, but Trump’s surprise victory has had a reverse effect, with 2017 sales slumping after consumers were no longer worried about new gun control measures.

Following Trump’s election, gun stocks became a favorite of short sellers betting they would fall. Even after Tuesday’s rally, American Outdoor Brands remains down 45% from before the election.

But suggesting that some traders believe gun stocks are near bottom, short interest in American Outdoor Brands has decreased by 43% since the end of June to $113 million, while short interest in Sturm Ruger has declined by 12% to $226 million, according to S3 Partners, a financial analytics firm.

Analysts see other reasons for cautious optimism about gun stocks, although few are prepared to say the recent drop in demand is near finished. Trump promised in April to “come through” for the National Rifle Association in the first address to the group by a sitting president since fellow Republican Ronald Reagan in 1983.

Last week, a bill making it less difficult to buy silencers was sent by a congressional committee to the floor of the House of Representatives. Part of the Sportsmen Heritage and Recreational Enhancement Act, it aims to improve hearing protection for gun owners, according to the committee.

Poised to benefit from the new legislation, Sturm Ruger in the past year has ramped up its offering of silencers, while American Outdoor Brands in July bought suppressor maker Gemini Technologies.

Those developments, along with Trump’s strong support for the National Rifle Association and opposition to gun control, hint at a changing climate among Washington policymakers that could boost gunmakers’ businesses.

“These are the first instances in years where you are actually seeing deregulation on a federal level in firearms. If we are shifting an entire regulatory direction, then that’s a big deal,” said Aegis Capital analyst Rommel Dionisio, who recommends buying shares of American Outdoor Brands.