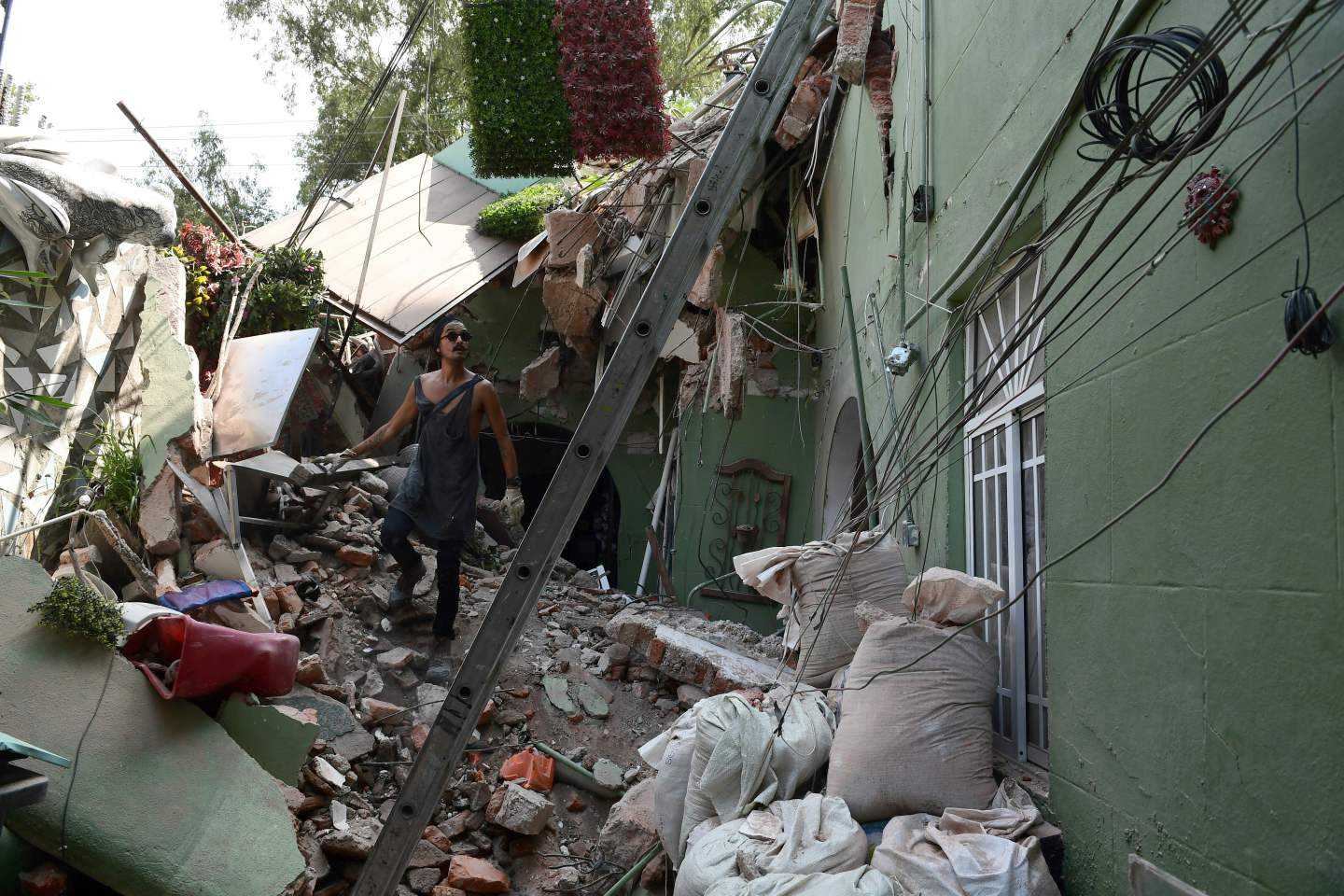 A man walks over the rubble of a house badly damaged by a quake in Mexico City on September 19, 2017. A powerful earthquake shook Mexico City on Tuesday, causing panic among the megalopolis' 20 million inhabitants on the 32nd anniversary of a devastating 1985 quake. The US Geological Survey put the quake's magnitude at 7.1 while Mexico's Seismological Institute said it measured 6.8 on its scale. The institute said the quake's epicenter was seven kilometers west of Chiautla de Tapia, in the neighboring state of Puebla. / AFP PHOTO / Ronaldo SCHEMIDT (Photo credit should read RONALDO SCHEMIDT/AFP/Getty Images)
Ronaldo Schemidt—AFP/Getty Images

Mexico’s busiest international airport has closed following a powerful 7.1 earthquake in the central Mexican state of Puebla, which is southeast of Mexico City. So far the estimated death toll is 54, according to the Wall Street Journal. The earthquake also damaged buildings, including those in Mexico City’s historic districts of El Centro and Roma.

The Aeropuerto Internacional de la Ciudad de México, or AICM, posted on Twitter that flights have been suspended until the Mexico City airport infrastructure can be evaluated. Luis Felipe Puente, head of the National Civil Protection Service, repeated the message.

The AICM, which is the primary hub for airline Aeroméxico, said flights flying into the Mexico City airport were being diverted to other airports including Guadalajara, Toluca, and Acapulco.

7.1 Earthquake in Mexico City. This is outside terminal 2 at Mexico City Airport pic.twitter.com/PbXHCUxebg

Puente also ordered the evacuation of hospitals that were damaged in the temblor. Patients will be transferred to other medical units, Puente posted on Twitter.