America—The Sweetest of All Fatbergs 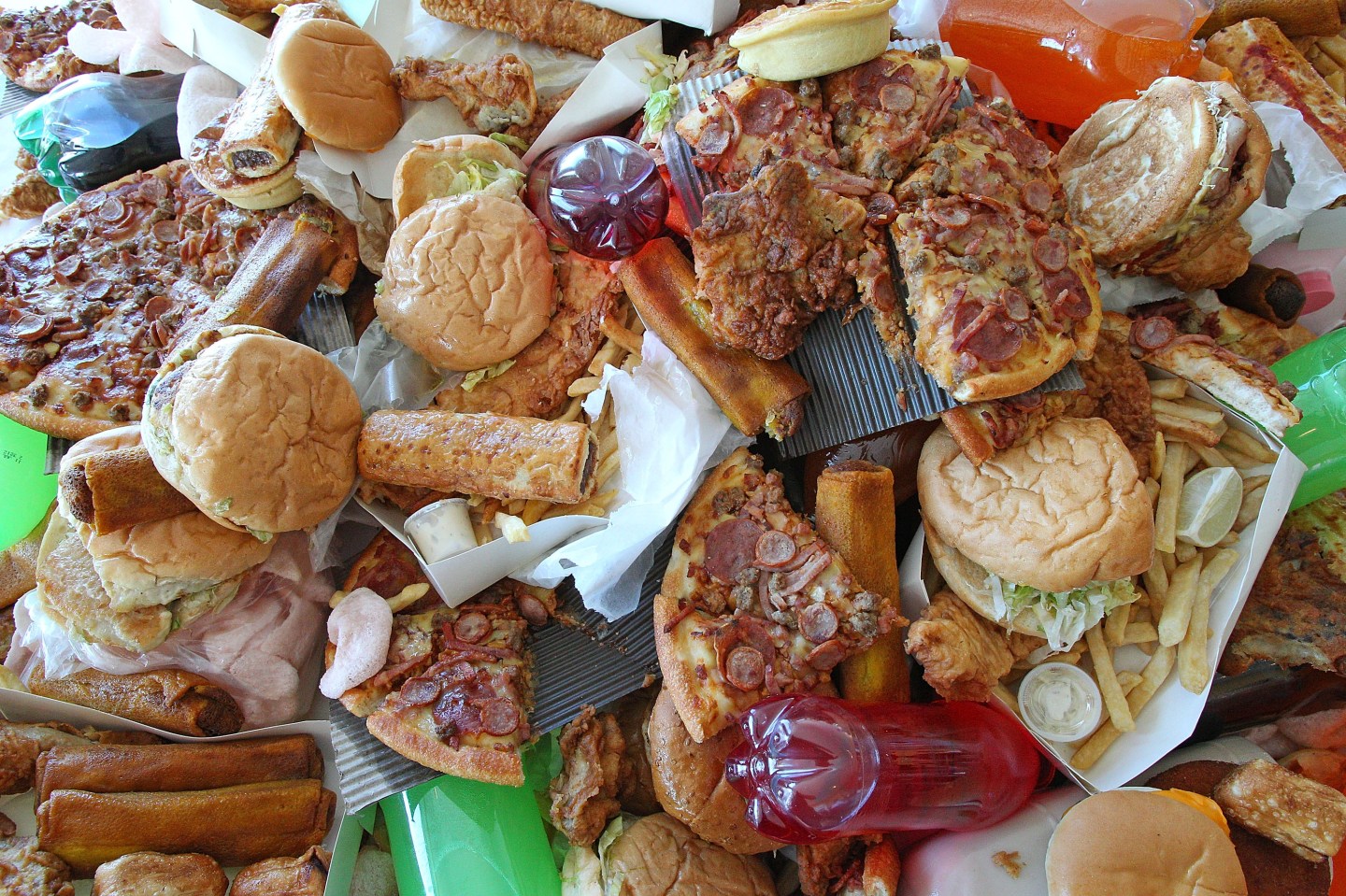 MELBOURNE, AUSTRALIA - MARCH 06: Junk food sits on a table as British Celebrity Chef Jamie Oliver announces a partnership to attack state-wide obesity on March 6, 2012 in Melbourne, Australia. The Victorian Government and the Good Foundation will pledge together over AUD5 million to bring Oliver's 'Ministry of Food' to the state to help teach cooking techniques and nutrition to participants and help combat obesity as part of the Victorian Healthy Eating Enterprise. (Photo by Scott Barbour/Getty Images)
Photograph by Scott Barbour—Getty Images

Residents of the United States have, on average, more food-energy available to them than anybody else on the planet: 3,729 calories per person, per day—or so the United Nations’ Food and Agriculture Organization calculates.

That calorie count is representative of a striking global inequity, with some 800 million people in the world, according to the FAO, not getting enough calories on a daily basis to be properly nourished. The African nation of Zambia, for instance, has only enough food available to provide its population with 1,870 calories on average, per day, according to a striking global map in the October issue of National Geographic—and in truth, in much of the world, such calorie counts offer an inflated view of what’s actually accessible to most citizens, due to widespread poverty, civil unrest, natural disasters, corruption, government mismanagement, food-distribution failures, and other issues.

While I couldn’t find a link to the NatGeo map—sorry, I’ve been reading the paper version in ye olde-fashioned print magazine (which appears miraculously each month in something called a “mailbox”)—you can find much the same data online at the International Food Policy Research Institute’s Food Security Portal.

But that’s only part of the story conveyed by this map, which also reveals where those calories come from—or as National Geographic spells it out: “the leading kinds of food available in the country’s daily supply.”

The top food sources in the U.S., you wonder? “Sugars and fats,” I answer. And the U.S. is one of only 14 nations in the world where that’s the case. Much of Western Europe chows down predominantly on meat, eggs, and dairy products; the vast majority of countries have a diet based on grains. We Americans are living on sugar, sweeteners, and oils—fattening ourselves up with packaged goodies sodas, and potato chips.

Or as National Geographic measures it: Americans’ 3,729 available calories are “the equivalent of one and a half large pepperoni pizzas.”