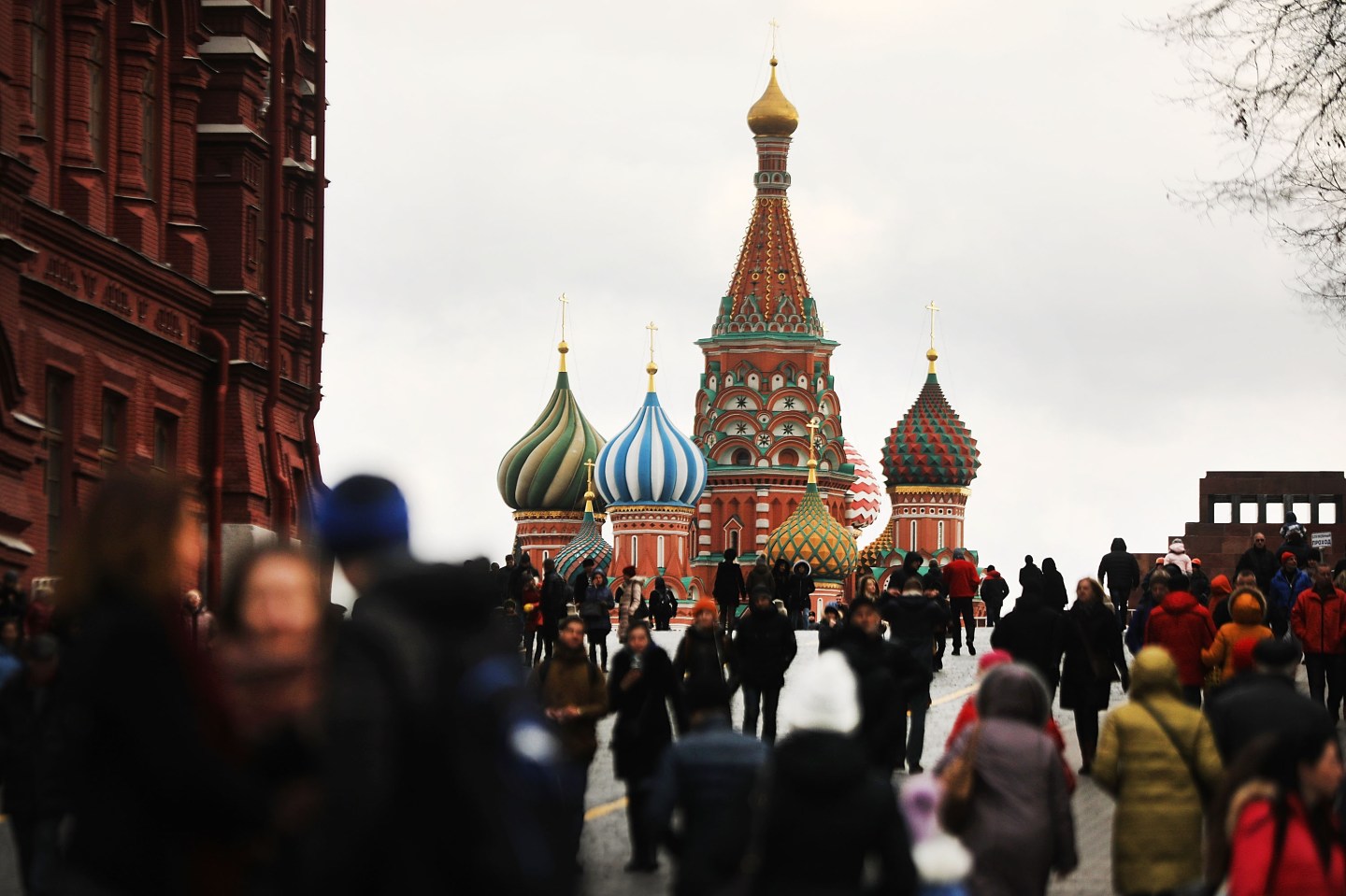 MOSCOW, RUSSIA - MARCH 04: Pedestrians walk through Red Square on March 4, 2017 in Moscow, Russia. Relations between the United States and Russia are at their lowest point in years as evidence mounts about the complex relationship between President Donald Trump's administration and the Russian government. (Photo by Spencer Platt/Getty Images)
Spencer Platt — Getty Images

The role of Russian hackers in the 2016 U.S. election has been discussed extensively, and the Russian government is widely believed to have played some role in the crucial leaking of Democratic Party emails. But Russia has a much more visible set of tools for exerting influence abroad — in the form of Kremlin-controlled television networks across the globe.

In a comprehensive new report, The New York Times chronicles the past and present of RT, the global TV network formerly known as Russia Today. RT was presaged by the Soviet propaganda efforts of the postwar years, but the current push for Russian soft power began in 2005, shepherded by an advertising innovator named Mikhail Lesin and Russia’s strongman President, Vladimir Putin.

The original mission was to improve Russia’s image abroad. But RT has grown to include a half-dozen international arms, all broadcasting in local languages, and often addressing local issues with a Russian twist. RT and its sister operation, Sputnik News, have recently taken strong stances on both Brexit and France’s presidential vote, and were accused by France’s now-President Emmanuel Macron of spreading “fake news about me.”

In its early years, RT provided a platform for various fringe or simply false narratives in American public discourse. It has featured guests arguing that the 9/11 attacks were a CIA conspiracy and that Osama bin Laden’s death was faked. More recently, RT America has been more likely to highlight legitimate but marginalized political perspectives, and further blurs the line between propaganda and commentary by employing respected U.S. journalists such as Chris Hedges, Ed Schultz, and Larry King.

While the outlets have relatively low viewership, social media can give RT’s content and arguments broad traction. In the fall of 2016, RT America stories supported conspiracy theories undermining Hillary Clinton’s presidential candidacy, such as that surrounding the death of DNC staffer Seth Rich. The stories were widely shared on social media, both by Russian bots and real people.

But according to a social network analyst interviewed by the Times, RT isn’t simply a platform for a right-wing agenda. Rather, it fuels fringe viewpoints across the political spectrum, providing grist for libertarian, far-left, and anti-globalization factions as well. The goal, it seems, may not be so much to make Americans more amenable to Russian viewpoints, as to simply make our political culture more fragmented, skeptical, and unpredictable.