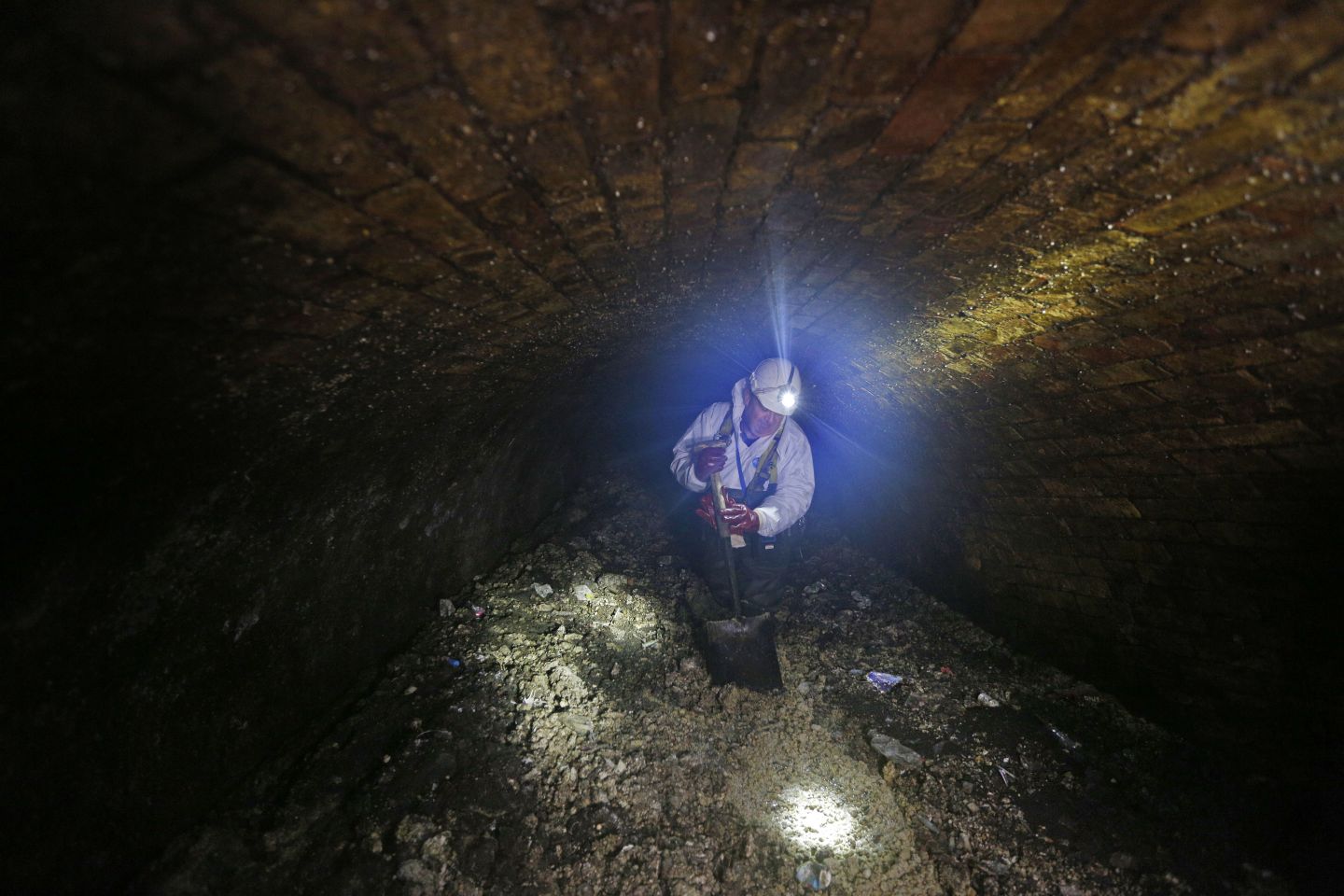 TO GO WITH AFP STORY BY ROBIN MILLARD Thames Water sewer supervisor Vince Minney, works in the intersection of the Regent Street and Victoria sewer in London on December 11, 2014. Every day beneath the streets of London, sewer cleaners are fighting a grim war against giant "fatbergs" clogging the system. Congealed fat is blocking up the Victorian sewers and the problem is to get worse at Christmas. An extra two Olympic-sized swimming pools of turkey fat will be tipped down the drains during the festive season. There are 80,000 fatberg blockages a year, costing Thames Water customers ?1 million ($1.6 million, 1.3 million euros) each month to tackle. The company urges people people to dispose of their cooking oil and fat properly. "Bin it, don't block it" is their message. AFP PHOTO / ADRIAN DENNIS (Photo credit should read ADRIAN DENNIS/AFP/Getty Images)
Adrian Dennies - AFP/Getty Images

A monster ‘fatberg’ made up of congealed fat, wet wipes, nappies and condoms has been found clogging up London’s sewers.

Thames Water, the company responsible for the waste and water of London, shared pictures of the 820-foot blockage on Tuesday saying that it would take three weeks to remove.

They added that it weighs 130 tons, about the same as a blue whale or 11 of London’s double-decker buses, and is longer than one of the capital’s most famous bridges, London Bridge.

Our version of a walking tour of London: see for yourself the monster #Fatberg everyone's talking about: pic.twitter.com/LNd81wAliO

“It’s basically like trying to break up concrete,” Matt Rimmer, the company’s head of waste networks, told the BBC. He added that the waste was avoidable and that people should bin waste like fat, oil and grease instead of washing it down the sink.

Eight workers will use high-pressure hoses to break up the mass, suck up the pieces into tankers and take it to a recycling site elsewhere in the U.K.