Here’s What To Know About Edith Windsor, Who Helped Legalize Gay Marriage 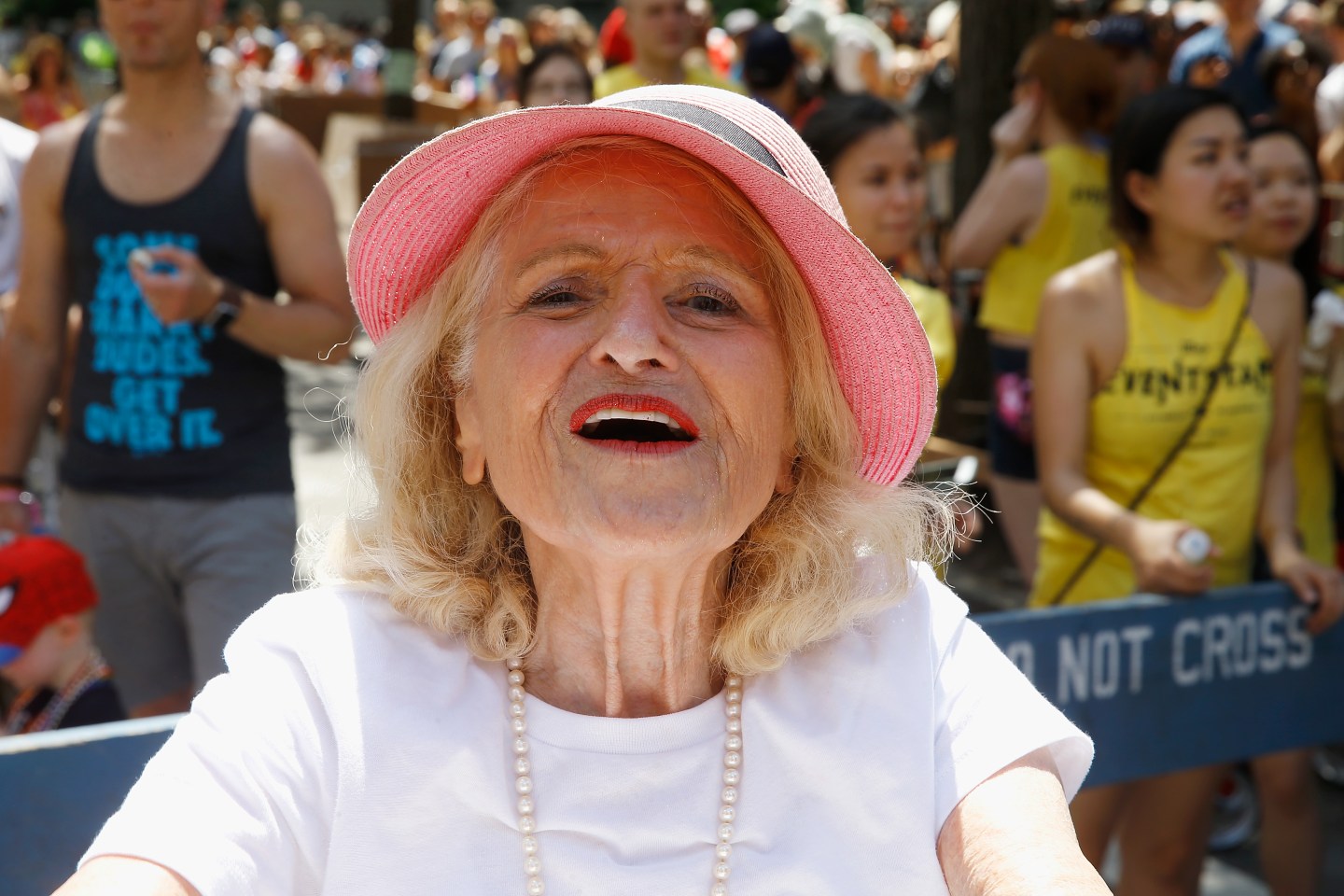 Edith Windsor, the woman best known as the plaintiff in the Supreme Court case that struck down a national ban on gay marriage, has died at 88, reports The New York Times.

In 2010, after the death of her spouse Thea Spyer, Windsor filed a lawsuit against the federal government, seeking a refund on the $600,000 in estate taxes she was required to pay after inheriting her wife’s estate. Had Windsor’s marriage to Spyer been legally recognized, she would have qualified for an unlimited spousal deduction. However, because of the 1996 Defense of Marriage Act (DOMA), which barred same-sex married couples from federal recognition as “spouses,” she wasn’t.

It’s no accident that Windsor became the face of the 21st Century gay rights movement, said her lawyer, Roberta Kaplan. In a 2013 interview with The New Yorker, she explained, “The minute I met Edie and heard the story and saw, frankly, how beautiful she was and how articulate she was, I was, like, This is it: it couldn’t have been a better case.”

Moreover, the story of her marriage to Spyer, who was diagnosed with multiple sclerosis, was sure to appeal to a jury: “Talk about a marriage! I mean, forty-four years with a woman that had M.S. and was paralyzed for twenty? Who wouldn’t want a spouse like Edie Windsor?”

After the ruling, Windsor embraced her newfound fame: “If you have to outlive a great love, I can’t think of a better way to do it than being everybody’s hero. Suddenly I’m exalted, instead of being this goofy old lady, which is what I feel like.”