Are Kids Exposed to 9/11 Dust Really At Risk for Heart Problems? Here’s What We Know 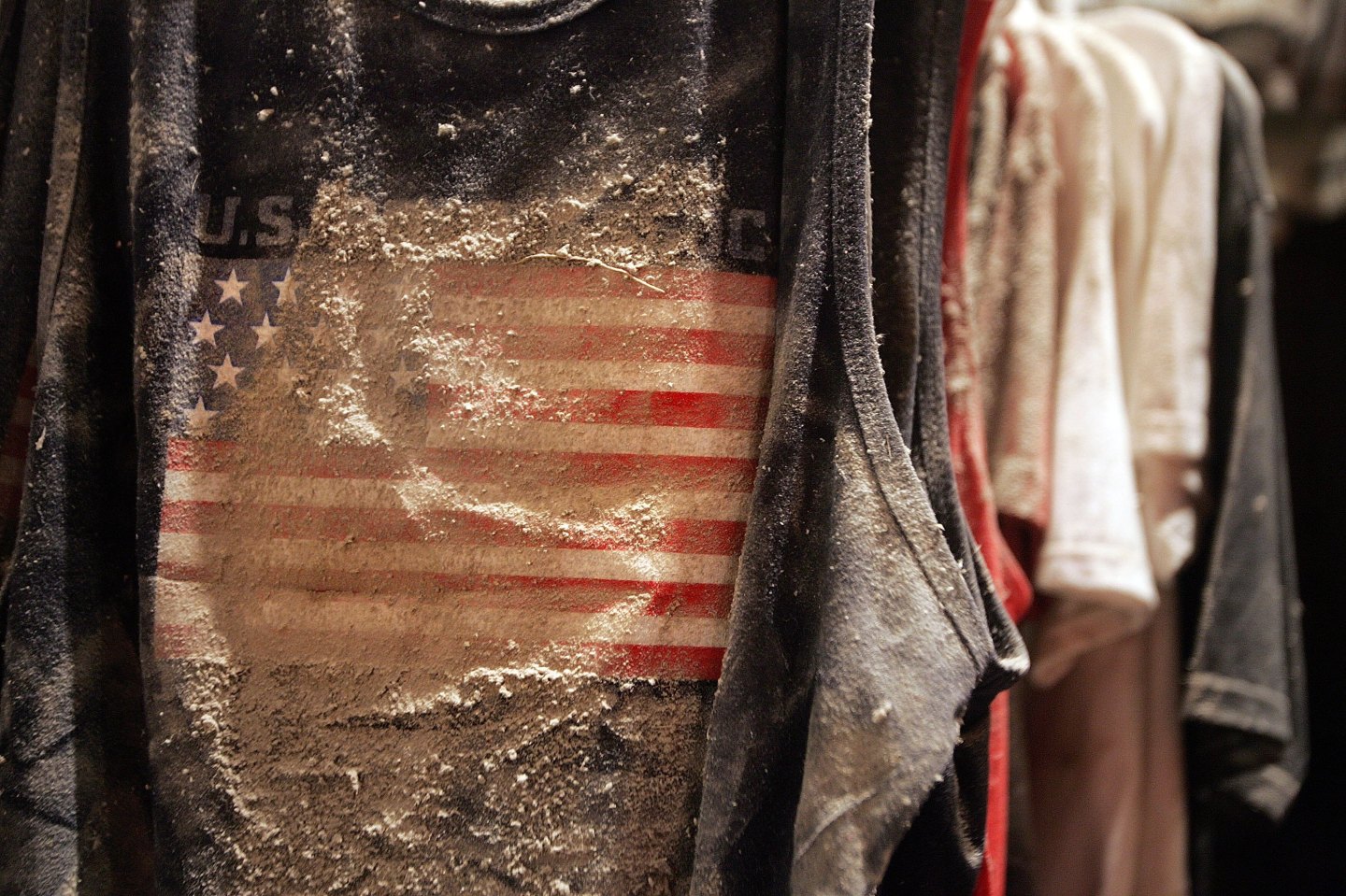 NEW YORK - SEPTEMBER 07: An American flag t-shirt covered in ash and dust from the destroyed World Trade Center towers is seen at a media preview of the ?Elegy in the Dust: Sept. 11th and the Chelsea Jeans Memorial? exhibit at the New York Historical Society September 7, 2006 in New York City. The exhibit features racks of clothes covered in dust from the Chelsea Jeans store in Lower Manhattan that were preserved by owner David Cohen as a memorial. The fifth anniversary will be obsserved of the September 11. (Photo by Mario Tama/Getty Images)
Mario Tama Getty Images

A new study making the rounds Monday suggests that children who were exposed to dust in the wake of the September 11 attacks and the collapse of the World Trade Center twin tower buildings 16 years ago are at elevated risk for heart problems. So does 9/11 really continue to present a public health threat to these kids?

The group of researchers from the New York University School of Medicine, New York State Department of Health, and other public health institutions analyzed the effects that chemicals like perfluoroalkyl substances (PFASs)—known chemical contaminants and carcinogens which are used to make certain materials stain-resistant or waterproof and which floated into homes as part of the massive post-9/11 dust cloud—had on people who lived in the area.

One collection of study participants was born between September 11, 1993 and September 10, 2001, and were members of the official World Trade Center Health Registry (WTCHR); these people’s health metrics were compared to a control group comprised of New York residents who lived or went to work/school too far from the dust (or who didn’t participate in any rescue and recovery activities) to be eligible for that registry, which aims to track the short- and long-term health effects of September 11. Researchers then controlled for possible confounding factors—so the design of the analyzed groups is pretty sturdy, as far as observational studies go.

The results were striking. Participants who were exposed to the dust (and consequently to far higher levels of PFASs) showed higher levels of triglycerides, total cholesterol, and “bad” LDL cholesterol compared with the control group. In fact, LDL cholesterol levels were more than 11% higher in the WTCHR arm of the study. That could put the affected individuals at a higher risk for heart disease.

“This research adds to our knowledge of the physical health impacts in a large group of children exposed to the WTC disaster. Abnormal lipid levels in young adults might be an early marker of atherosclerosis and cardiovascular diseases,” wrote the authors, adding that these teenagers and young adults should be observed over the long term to better understand the health problems linked to the dust and PFASs.