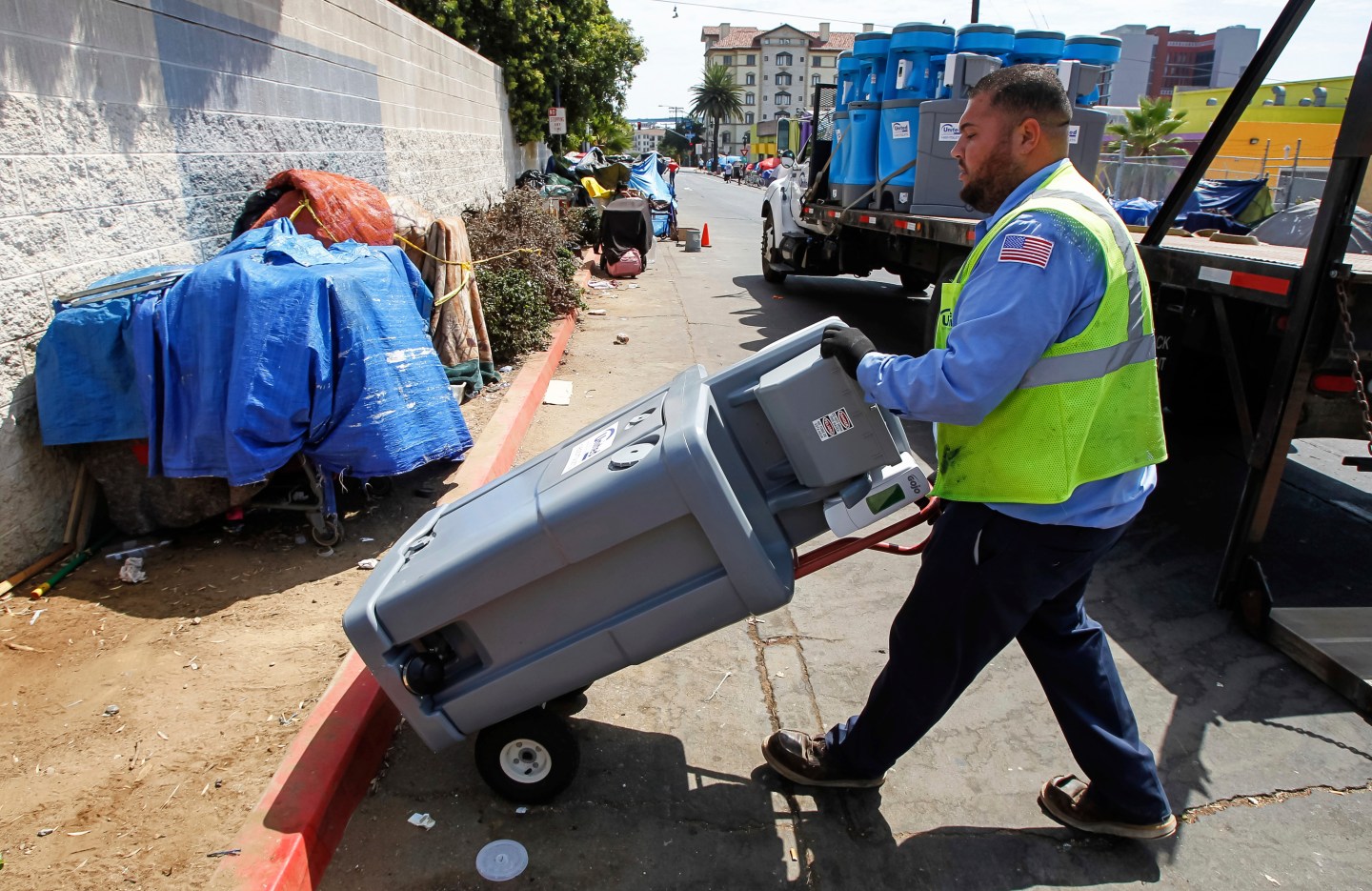 Edwin Gonzalez from United Site Services delivers a 2-station sink to the Neil Good Day Center in San Diego, where officials have declared a public health emergency due to the spread of the liver disease hepatitis A.
Eduardo Contreras—San Diego Union Tribune/AP

San Diego County is in the middle of a hepatitis A outbreak that has so far resulted in 15 deaths and hundreds of cases.

The outbreak, which has hit San Diego’s homeless population the hardest, first began in November, and Dr. Wilma Wooten, the San Diego Public Health Officer, signed the declaration on Friday that allows the county to ask for assistance from the state, the San Diego Union Tribune reported.

There have been 378 confirmed cases since the outbreak began, making it the largest of its kind in 20 years, according to the Union Tribune. The city installed a number of portable hand-washing stations, and street-cleaning teams will use water with bleach to clean surfaces. The effort to combat the outbreak is inspired in part by similar plans once done in Los Angeles.

“We know that L.A. has had no local cases of hepatitis A related to the strain that we’re seeing here in San Diego,” Wooten said, according to the Union Tribune. “It makes sense that, if they’re doing it there and they haven’t had any cases, it could be beneficial here as well.”

Highly contagious, Hepatitis A can be transmitted when someone consumes contaminated food and water, or through direct contact with a person with it, according to the World Health Organization (WHO). Outbreaks of the liver disease come as a result of unsafe food and unsanitary conditions. A low percentage of people with the disease can die from liver failure as a result of having it, according to WHO—but that is fairly rare.

The city had already begun efforts to combat the outbreak with widespread vaccination efforts and the implementation of hand-washing efforts. However, an article published in the Voice of San Diego said the implementation has been slow and delayed due to “bureaucratic hand-wringing.”