The Roots of Trump’s Hypocrisy 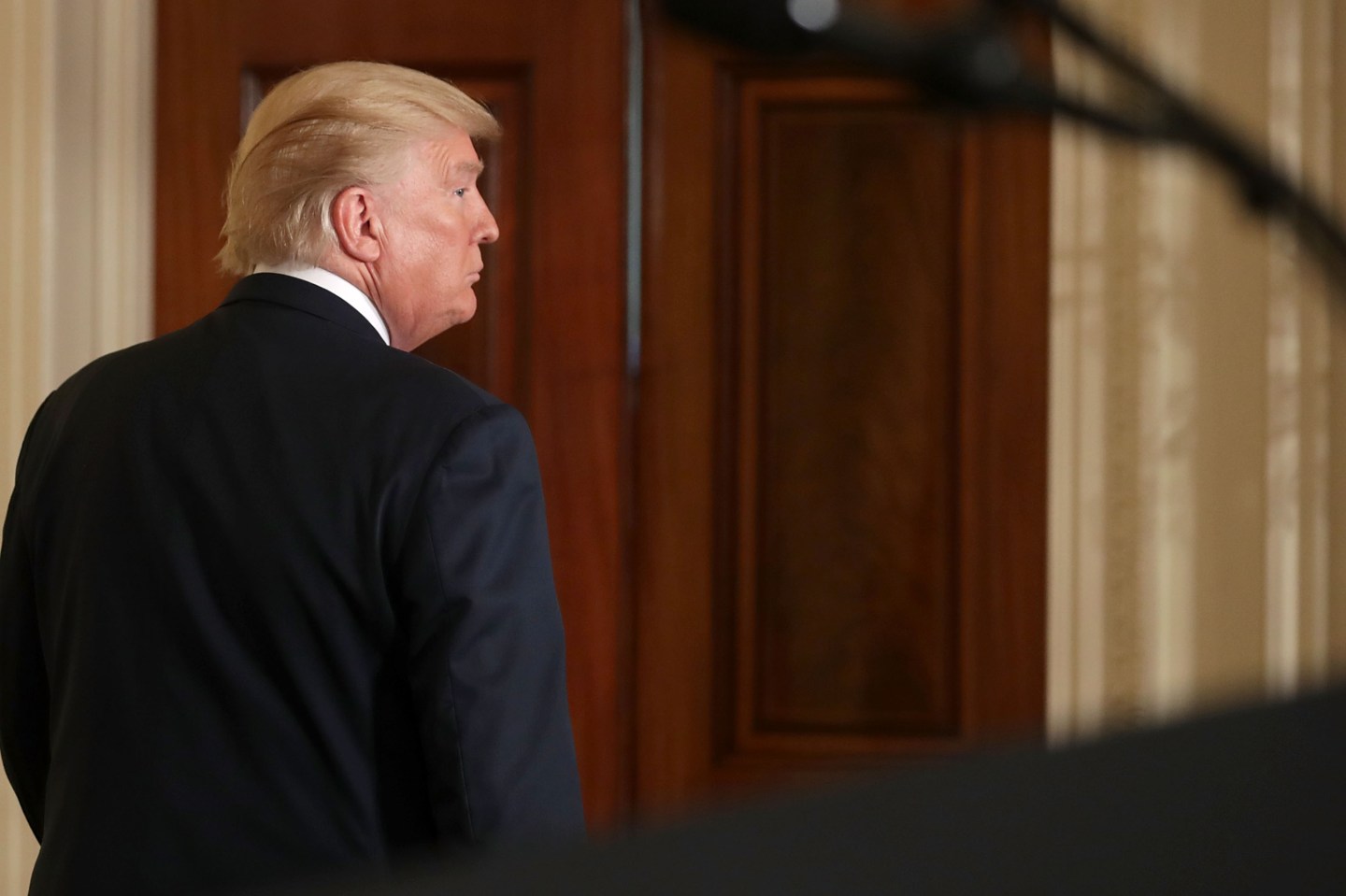 When Donald Trump mounted his presidential campaign, the public believed that Trump “says what he believes,” rather than saying “what people want to hear.” His supporters wanted someone to take on the Washington establishment and “drain the swamp.” From a crowded GOP field, they propelled him to the White House because they hoped he was a champion of the people. However, Trump’s contradictions and inconsistencies threaten to undermine the essential authenticity of this claim.

A point of pride for the president, Twitter (TWTR) allows Trump to instinctually react to events in real time, but in doing so, he can’t seem to remember what he said yesterday. He treats each tweet as a fleeting moment, so when the public looks for principled consistency, it finds little. Hypocrisy becomes evident amid his contradictions, and he looks more like the Washington opportunists he was elected to confront.

The idea that two sets of rules exist for elites and ordinary Americans riddled Trump’s populist campaign rhetoric. But increasingly, Washington’s hypocrisy appears to have gotten to the president. Take for instance, reports that more than 1,000 Secret Service agents have already hit caps for salary and overtime allowances under the Trump administration. Yet, Trump frequently blasted Barack Obama for security costs at taxpayer expense.

As an isolated incident, such a move would not cast him as a hypocrite. Most politicians face accusations of hypocrisy all the time. In 2008, Obama’s campaign hammered George W. Bush’s actions in the War on Terror, but then heralded Obama’s policy of targeted killing in 2012. Similarly, after Hurricane Sandy in 2012, both Sen. Ted Cruz (R-Texas) and Sen. John Cornyn (R-Texas) voted against disaster relief, but both have already requested it for Hurricane Harvey. But for Trump, a man whose entire political narrative rests on authenticity, such contradictions tear at the foundation of his brand.

Trump’s inconsistencies pose a problem because he is consistently inconsistent. In his nearly 36,000 tweets, Donald Trump’s Twitter account is a goldmine for critics. There is a contradictory tweet for almost every occasion. In fact, Reddit users have created a subreddit titled “Trump Contradicts Trump” because he has so many. On the site, they share abundant examples where the president says one thing and does the opposite. From Syrian policy, to Obama’s golfing habits, and to global warming, among others, the president’s lack of principled arguments undermines his brand as an authentic, populist champion.

Trump operates instinctually, wrought from decades in business, where immediacy is rewarded because business transactions are fleeting events. In reacting in real-time, he lacks the historical awareness to qualify, nuance, and correct his current sense of the situation with his prior public statements. Once a hallmark of his authenticity, his impetuousness now becomes his enemy.

Presidents pay professional staffers and surrogates to nuance their arguments when discrepancies emerge. But the president often rejects them and hangs his staffers out to dry as well. Former White House press secretary Sean Spicer regularly faced a hostile press when the president contradicted him on whether the refugee travel ban was in fact a ban. Similarly, Jay Sekulow, Trump’s personal attorney, gave several media interviews that unequivocally distanced Trump from his son’s Russian investigation statement. Yet, the president later directly undercut Sekulow when his capricious instincts shifted. If he cannot steady his own hand, he will continue to shoot his aides in the back.

The president likes to be liked, and his hypocrisy is evidence that he says what he thinks people want to hear. If this pattern continues, the authenticity of his populist-champion narrative will fail to pass muster when self-interest appears his only guide.

Alex Hindman is a visiting assistant professor at the College of the Holy Cross in Worcester, Mass.