Visa, PayPal and More Are Banning Hate Groups. Will It Work? 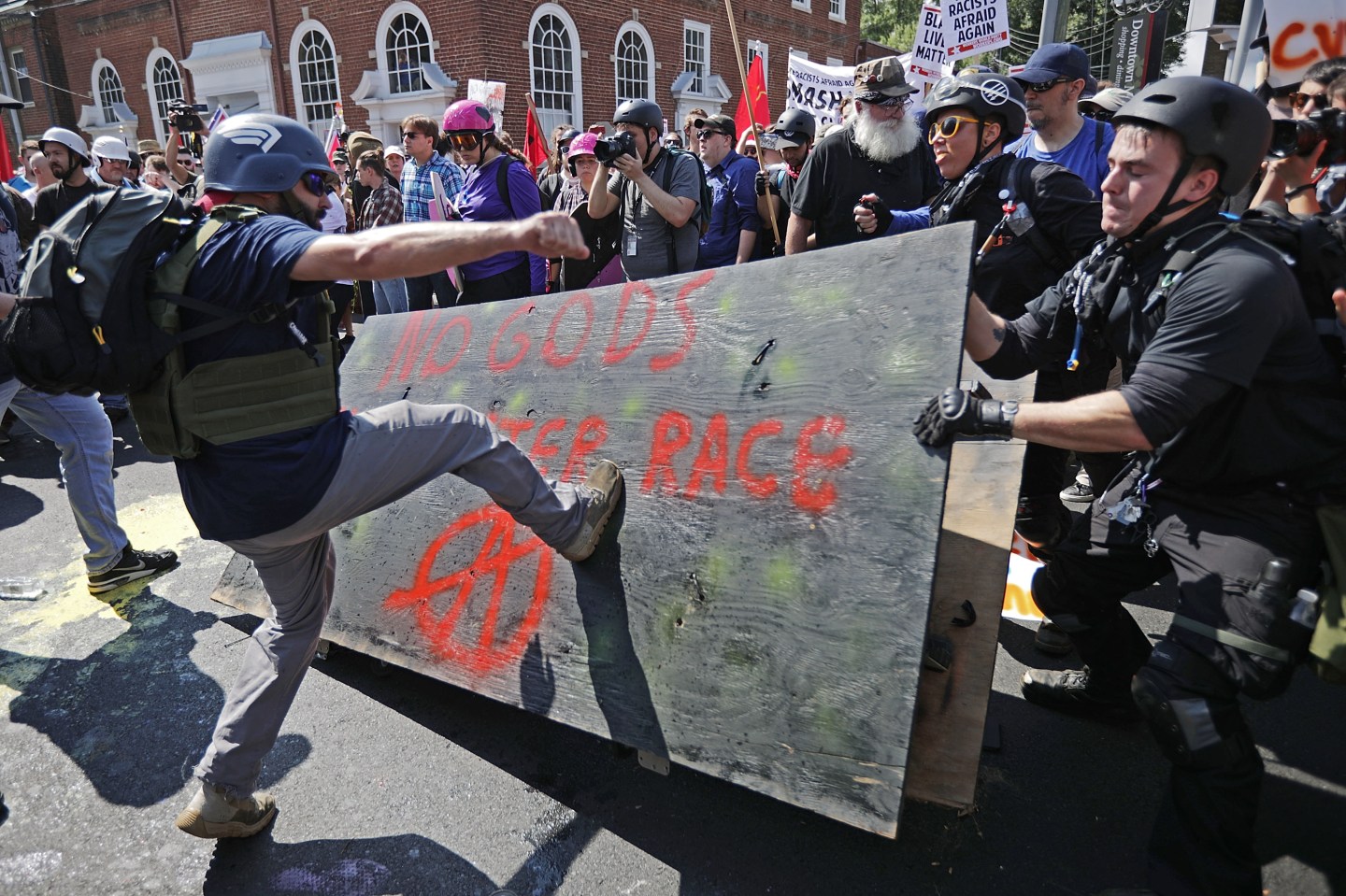 White nationalists, neo-Nazis and members of the "alt-right" clash with counter-protesters as they enter Emancipation Park during the "Unite the Right" rally August 12, 2017 in Charlottesville, Virginia.
Chip Somodevilla Getty Images

In the aftermath of a recent white supremacist rally that turned violent, several technology companies moved to curb the use of their services by extremist groups. But some say the firms’ decisions will have at best a muted effect on hate organizations, thanks in part to the practical limitations of their policing efforts and the rise of digital currencies like Bitcoin.

Payment processing firms including Visa, Discover, PayPal and others have recently said they are working to prohibit violent hate groups from using their services. That followed last weekend’s rallies in Charlottesville, Virginia that left three dead. Reuters reports that crowdfunding platform GoFundMe also shut down accounts created to support James Alex Fields, who is accused of driving a vehicle into counter-protesters, killing one. (Separately, two police officers were killed when their helicopter crashed while responding to the rallies.)

Still, experts argue that these steps won’t fully block people from financially supporting hate groups. Brendan Miller, a Forrester Research (FORR) analyst who covers payment systems, said that’s in part because people signing up for PayPal and similar services often omit their intent. “It can be hard for Paypal to know that a specific account holder is a white supremacist,” Miller said via email. But he added that payment providers certainly can and have shut down hate-mongering websites.

Cynthia Miller-Idriss, associate professor of education and sociology at American University, also pointed out that it will be hard to track the impact of payment companies’ restrictions on extremists. It’s not as if these groups issue detailed financial statements, after all.

Meanwhile, financial services firms also face the tough task of deciding which groups violate their rules and which are merely unpalatable, a free speech debate similar to the one being hashed out by executives and users at social media companies like Facebook and Twitter.

As hate groups lose access to mainstream financial services, they are increasingly embracing alternatives. Some are turning to cryptocurrencies like Bitcoin, which are anonymous, largely unregulated, and lack the gatekeepers who control state-backed currencies. Crowdfunding site Hatreon (a play on funding platform Patreon) bills itself as “a platform for creators, absent speech policing;” it has attracted the likes of Andrew Anglin, founder of the Neo-Nazi site The Daily Stormer, and Richard Spencer, a prominent white supremacist. Meanwhile, even if PayPal and its ilk refuse to service people like Anglin and Spencer, there remains any number of other users willing to act as their intermediaries.

Ultimately, hate groups can still open and use private accounts on PayPal, Venmo or a variety of similar services. Or they can forego digital platforms entirely, opting instead to send cash or paper checks in the mail. But Miller-Idriss, author of the upcoming book The Extreme Goes Mainstream, says that the payments companies have successfully put a stake in the ground, communicating where they stand and what they view as unacceptable behavior. Even a year ago, the idea that Fortune 500 CEOs could be seen as arbiters of social and racial justice would have been a stretch, she added.