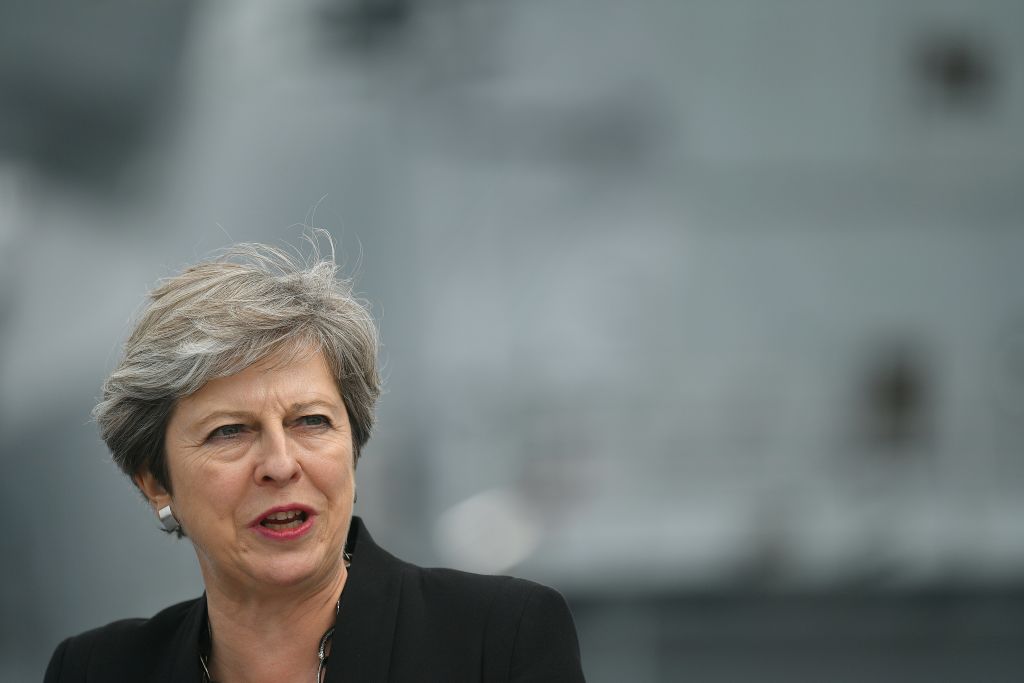 It may be an invitation that Theresa May regrets extending.

Ever since the British prime minister asked Donald Trump to visit the U.K., the trip has been a point of contention between May and her opponents, with the latter repeatedly seeking to revoke the invitation as a means of passing judgment on Trump’s agenda and behavior.

The opposition’s latest demand came Wednesday after Trump again cast blame for the violence in Charlottesville on “both sides.” In arguing that there were “fine people” among the neo-Nazis, Trump arguably legitimized white supremacists, putting them on the same moral plane as those protesting racism.

May criticized Trump’s remarks, telling reporters, “I see no equivalence between those who propound fascist views and those who oppose them. I think it is important for all those in positions of responsibility to condemn far-right views wherever we hear them.”

But there were calls for her to go a step further and cancel Trump’s (still unscheduled) visit to the U.K.

“I think the idea of President Trump making a state visit to the U.K. is unthinkable and perhaps it is time for the Prime Minister just to put that beyond doubt,” said Scottish First Minister Nicola Sturgeon. “I know there is a convention that leaders in one country will not comment on the comments or actions of leaders in another, but some issues are too fundamental for diplomatic silence. It matters to all of us that we stand up and are counted to combat the ideology of the far-right.”

“A state visit by Donald Trump would shame this country and betray all we stand for. Theresa May should revoke the invitation immediately,” said Nia Griffith, the shadow defense secretary.

May faced the same demand in June after Trump criticized and misrepresented London Mayor Sadiq Khan just hours after the terrorist attack on London Bridge. And in February, her government rejected a petition, signed by 2 million people, to scrap Trump’s trip due to the President’s “well-documented misogyny and vulgarity.”

May has been careful in her critiques of Trump, relying on language that communicates disapproval of his often-divisive rhetoric but is vague enough to not jeopardize the countries’ “special relationship.” Indeed, on Wednesday, 10 Downing Street said May’s position had not changed, and that the offer of a state visit had been “extended and accepted.” Trump is the only major world leader to have supported the U.K.’s decision to leave the European Union, and his promise of a quick trade deal with the U.K. after ‘Brexit’ is a rare asset for May and her government.

A version of this article first appeared in Fortune‘s World’s Most Powerful Women newsletter. Subscribe here.