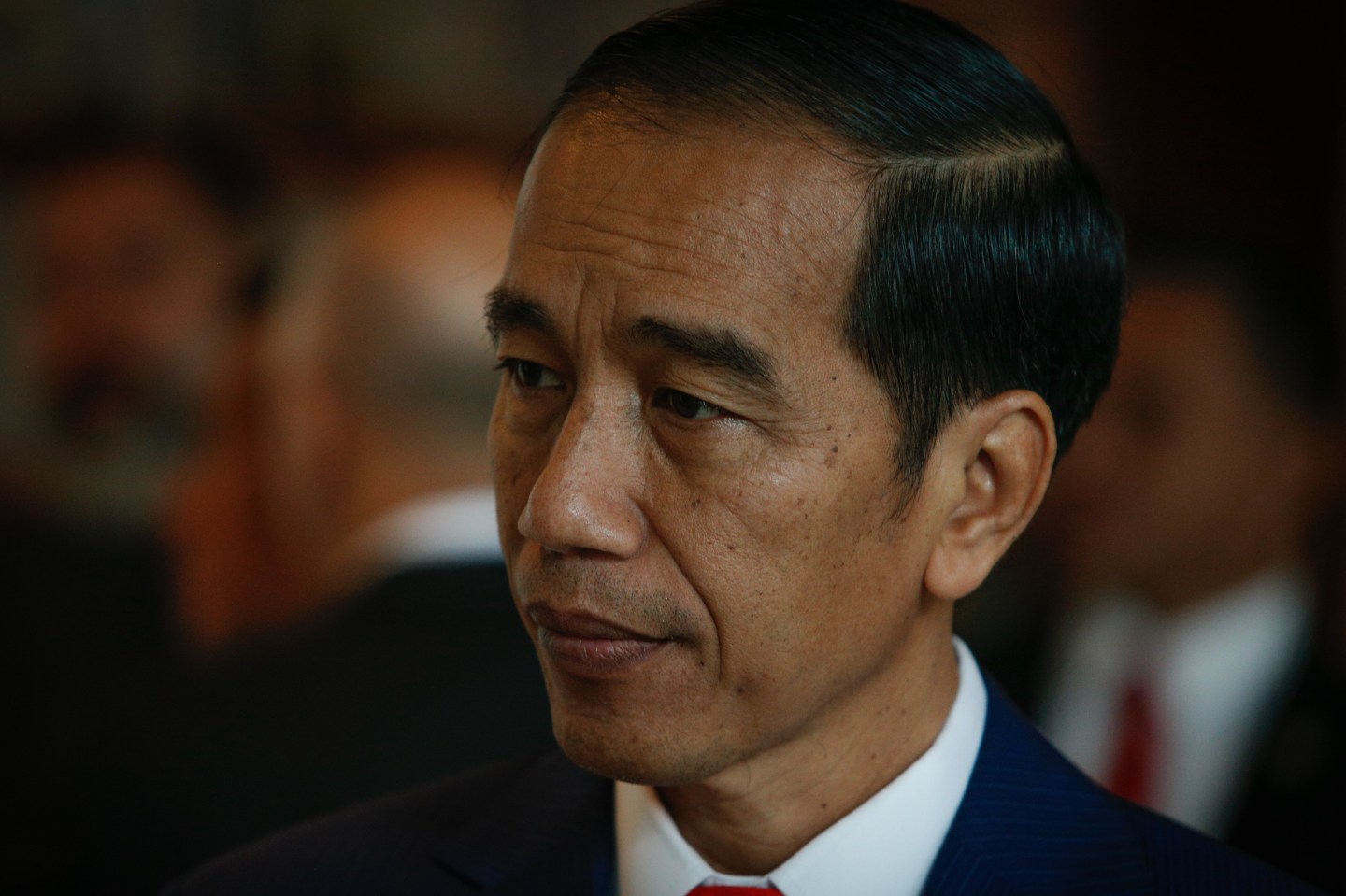 Indonesia’s president said on Wednesday that the world’s most populous Muslim-majority country needed to pull together to meet the threat of extremism and safeguard a constitution that enshrines religious freedom and diversity.

In an address to parliament ahead of Thursday’s independence day, President Joko Widodo peppered his speeches with references to the need to address inequality in Southeast Asia’s biggest economy and tackle the threat of radicalism.

Indonesian police have tightened security ahead of the independence day holiday and on Tuesday arrested five suspected Islamist militants and seized chemicals they said were being used to make bombs for attacks on the presidential palace.

Religious tension in Indonesia has soared since late last year after Islamist-led rallies saw Jakarta’s then governor, a member of a so-called double minority who is ethnic Chinese and Christian, put on trial during city elections over claims he insulted the Koran.

“We want to work together not only in creating an equitable economy, but also in ideological, political, social and cultural development,” said Widodo.

“In the field of ideology, we have to strengthen our national consensus in safeguarding Pancasila, the 1945 Constitution, the unity of the Republic of Indonesia and “Bhinneka Tunggal Ika” (unity in diversity),” he said.

Pancasila is Indonesia’s state ideology, which includes belief in god, unity, social justice and democracy, and which enshrines religious diversity in an officially secular system.

But there are worries about growing intolerance undermining a tradition of moderate Islam in a country where Muslims form about 85 percent of the population, alongside substantial Buddhist, Christian, Hindu and other minorities.

In April, the then Jakarta governor Basuki Tjahaja Purnama, an ally of Widodo, lost the bitterly fought city election to a Muslim rival and was later jailed for blasphemy, a sentence rights groups and international bodies condemned as unfair and politicised.

In a second speeches, a state of the nation address, Widodo said his administration’s focus this year was to ensure that the benefits from an average 5 percent economic growth in the last few years should be felt by everybody.

Despite its growing middle class, inequality in Indonesia remains high. Indonesia’s wealthiest 1 percent control 49.3 percent of its wealth, Credit Suisse said in a report issued last November, which placed Indonesia among countries with the most unequal distribution of wealth in the world.

The president touched on efforts to cut red tape and said that moves to certify land would be accelerated. Disputes over land ownership frequently hold up infrastructure projects.

“For 72 years we have been independent, but while other countries are looking at outer space, we in our beloved country have not finished land certification for our people,” he said.

On national security issues, the president said Indonesia needed to “resist the theft of our sea resources” and should not be afraid to keep sinking illegal fishing boats in its waters.

Indonesia has sunk hundreds of illegal fishing boats and its navy and coastguard have had skirmishes with China and countries such as Vietnam over fishing in parts of the South China Sea.

Widodo said graft continued to be a scourge for Indonesia’s competitiveness and pledged to strengthen the country’s corruption eradication commission (KPK).

Indonesia ranked 90th out of 176 in Transparency International’s Corruption Perceptions index in 2016 and in July KPK named parliament’s speaker a suspect over an investigation in the alleged theft of $170 million linked to a national identity card system. Setya Novanto has denied any wrongdoing.