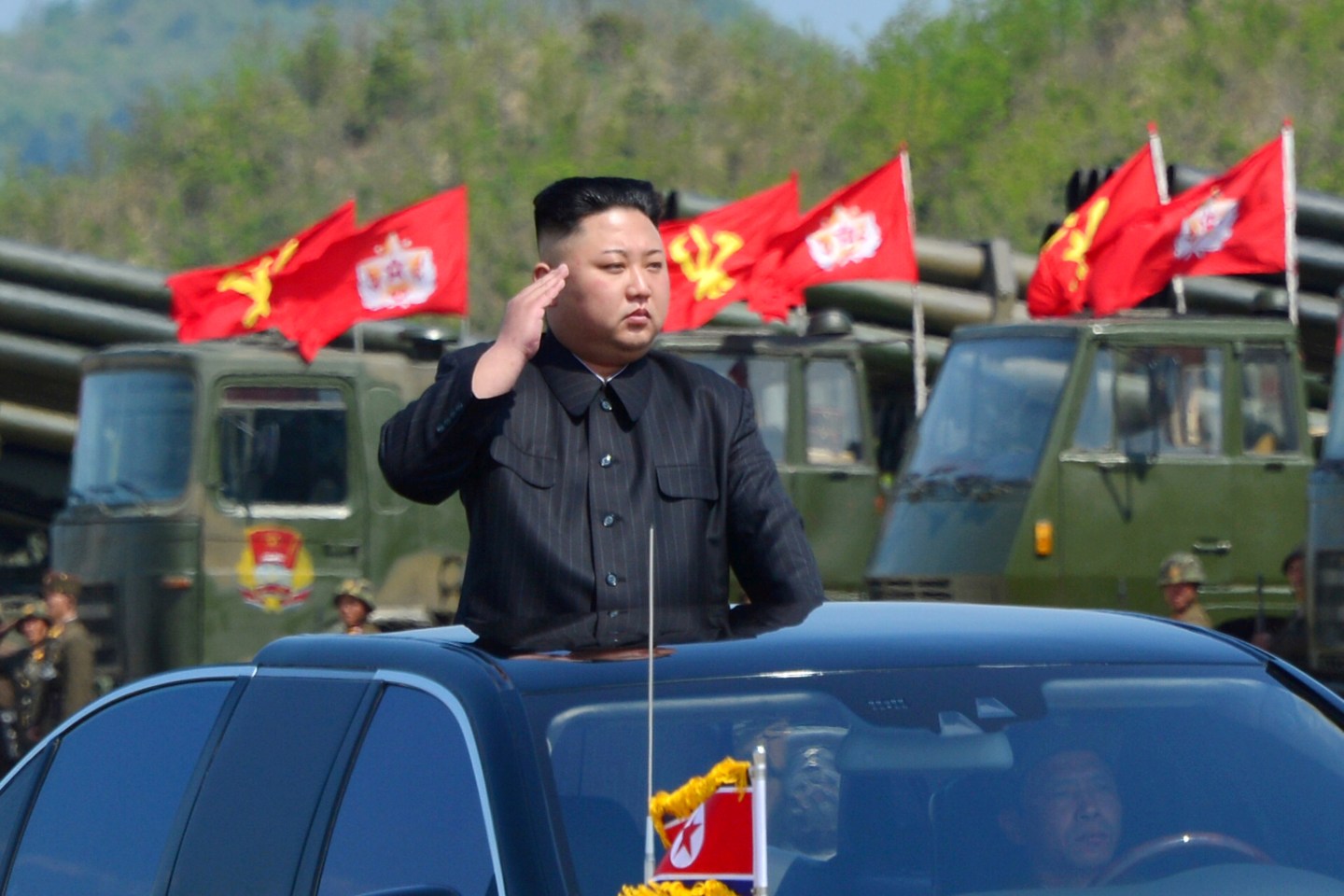 North Korea’s leader has delayed a decision on firing missiles towards the U.S. territory of Guam while he watches the actions of the United States a little longer, the North’s state media said on Tuesday, as Washington warned it would take out any missile heading for the Pacific island.

Pyongyang’s detailed plans to land four missiles near Guam prompted a surge in tensions in the region last week, with U.S. President Donald Trump warning he would unleash “fire and fury” on North Korea if it threatened the United States.

In his first public appearance in about two weeks, Kim Jong Un inspected the command of the North’s army on Monday, examining the plan for a long time and discussing it with army officers, the official KCNA said in a report.

“He said that if the Yankees persist in their extremely dangerous reckless actions on the Korean peninsula and in its vicinity, testing the self-restraint of the DPRK, the latter will make an important decision as it already declared,” the report said.

“The United States, which was the first to bring numerous strategic nuclear equipment near us, should first make the right decision and show through actions if they wish to ease tensions on the Korean peninsula and prevent a dangerous military clash,” Kim was cited as saying in the report by KCNA.

U.S. officials and South Korea’s president in recent days have played down the risk of an imminent conflict while stressing their preparedness to respond militarily to any attack from North Korea.

Defense Secretary Jim Mattis said on Monday the U.S. military would intercept a missile fired by North Korea if it was headed to Guam.

Mattis told reporters that the U.S. military would know the trajectory of a missile within moments and would “take it out” if it looked like it would hit the U.S. Pacific territory.

“The bottom line is, we will defend the country from an attack; for us (U.S. military) that is war,” Mattis said.

Concern that North Korea is close to achieving its goal of putting the mainland United States within range of a nuclear weapon has ratcheted up global concerns in recent months.

Mogherini called on North Korea “to refrain from any further provocative action that can only increase regional and global tensions.”

World stocks rose on Monday along with U.S. Treasury yields and the U.S. dollar as investors regained an appetite for riskier investments.

“There must be no more war on the Korean peninsula. Whatever ups and downs we face, the North Korean nuclear situation must be resolved peacefully,” President Moon Jae-in told a meeting with senior aides and advisers.

“I am certain the United States will respond to the current situation calmly and responsibly in a stance that is equal to ours,” he said.

Tuesday marks the anniversary of Japan’s expulsion from the Korean peninsula, a rare holiday celebrated by both the North and the South. Moon and Kim are both expected to make addresses on their respective sides of the heavily militarized border.

The United States and South Korea remain technically still at war with North Korea after the 1950-53 Korean conflict ended with a truce, not a peace treaty.