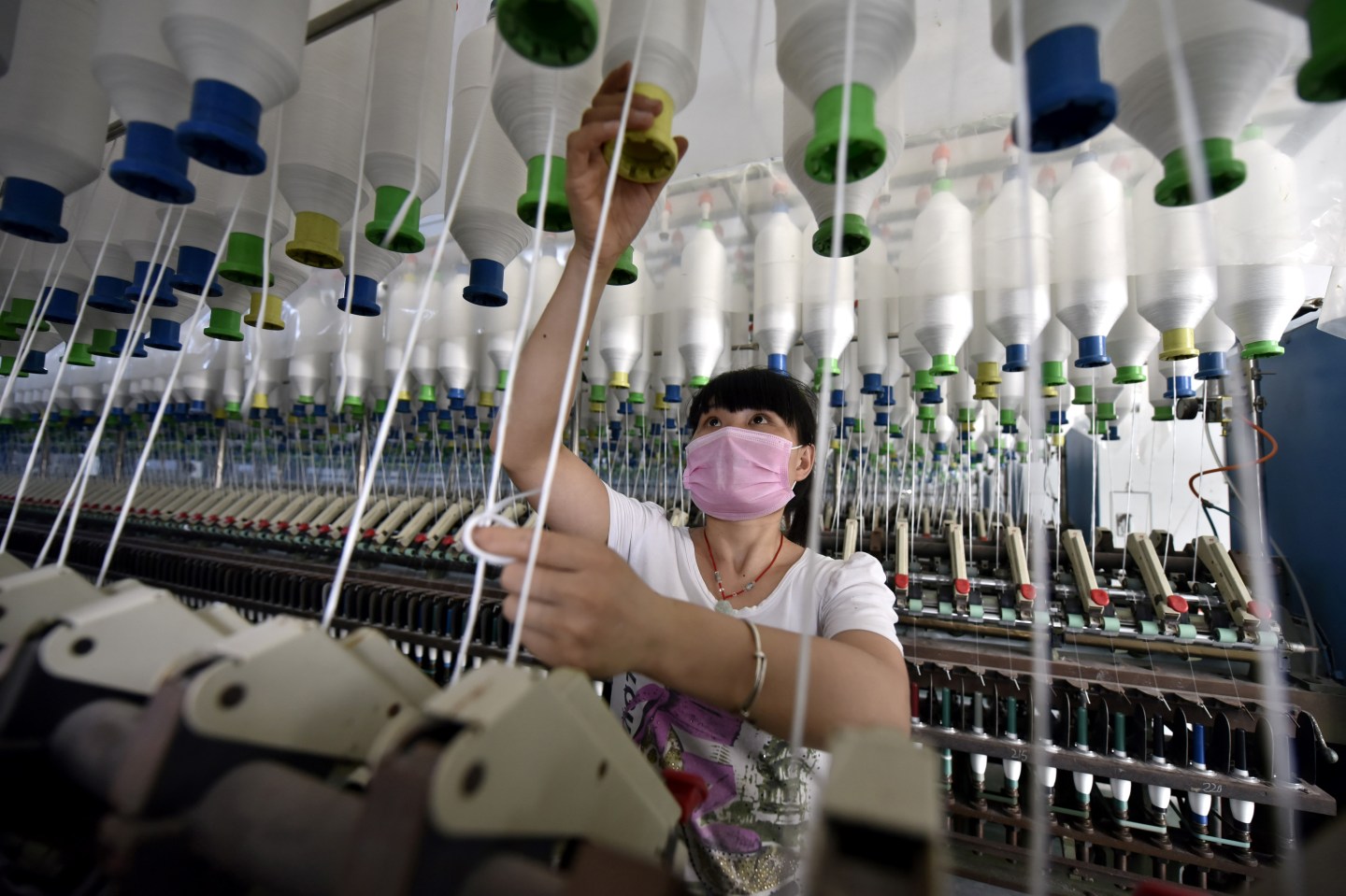 China’s factory output slowed more than expected in July while investment and retail sales also disappointed, reinforcing views that the world’s second-largest economy is starting to lose some steam as lending costs rise and the property market cools.

Factory output rose 6.4% in July from a year earlier, the slowest pace since January this year, statistics bureau data showed on Monday.

Analysts polled by Reuters had predicted factory output would grow 7.2% in July, down from 7.6% in the previous month.

Despite the softer-than-expected reading, China’s manufacturing activity still appeared to be supported by a year-long construction boom. Beijing has poured money into infrastructure projects that have fueled demand for products from construction equipment to building materials from cement to steel.

Relatively resilient economic growth is no doubt welcome news for President Xi Jinping ahead a major political leadership reshuffle in autumn, with authorities keen to ensure a smooth run-up to the meeting.

Any sharp drop in industrial activity, which appears to be a low-risk at this stage, would be a concern for policymakers as it risks rippling across the broader economy.

Still, China’s surprising strength so far this year seems unlikely to last. A government crackdown on riskier types of lending has driven a slowdown in credit growth and pushed up financing costs, which are expected to start weighing on the economy in coming months.

Average lending rates edged up to 5.67% in June from 5.53% in March, China’s central bank said on Friday in its second-quarter policy report, adding it will continue working to fend off risks to the financial system.

Though some economists chalked up softer imports to seasonal or one-off factors such as bad weather, others said it may be a sign that China’s trade growth peaked in the second quarter and is now on a downward trend.

Retail sales rose 10.4% in July from a year earlier, cooling from June’s 11 percent pace and also failing to meet analysts’ expectations for a 10.8% rise.

To be sure, China has surprised most pundits all year, with the economy growing a faster-than-expected 6.9% in the first half, turbo-charged by heavy government spending, a hot housing market and record bank lending last year.

Analysts still insist a modest slowdown will come eventually, but have repeatedly pushed back the timing in the face of resilient data.

China’s factory gate inflation remained steady in July, a positive sign for industrial output and profits. Its insatiable thirst for resources has fueled higher prices for industrial commodities and a reflationary pulse for manufacturing that has been seen worldwide.

The steel industry continues to feast on fat profit margins, cranking out products despite concerns that stockpiles are growing at a pace that is far outstripping demand. Beijing’s plans to shut more inefficient and heavily polluting mines and mills this winter have triggered a fresh spike in prices for iron ore and steel reinforcing bars.

Growth of private investment slowed to 6.9% in January-July from 7.2% in the first half of the year, suggesting small and medium-sized private firms still face challenges in accessing financing.

Private investment accounts for about 60% of overall investment in China.

China is targeting growth of around 9% in fixed asset investment for 2017, and expects retail sales to increase about 10%.