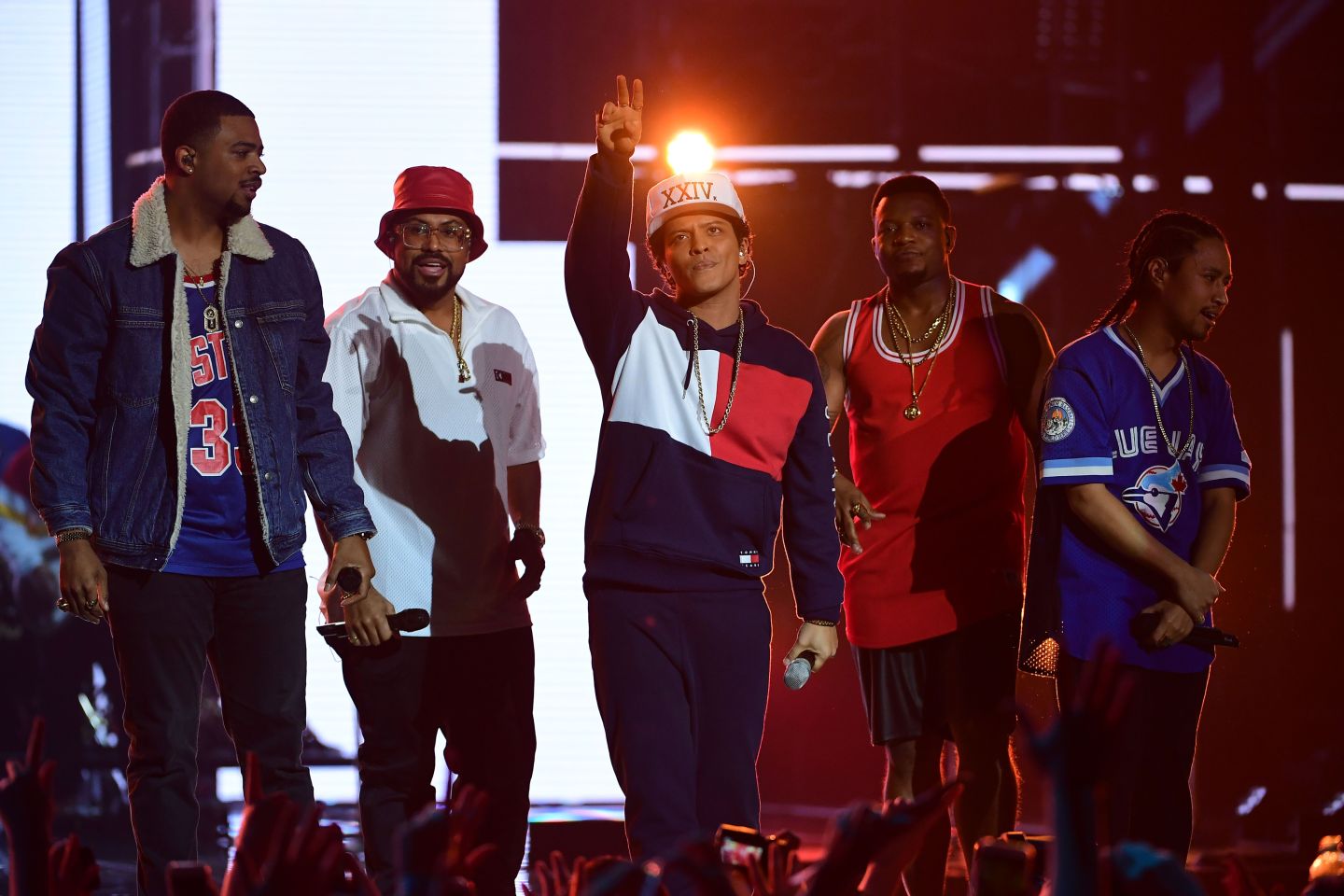 Singer Bruno Mars had a surprise at his sold-out concert in Michigan Saturday — telling the crowd he was donating $1 million to help Flint residents deal with the ongoing contaminated water crisis.

During a performance at the Palace of Auburn Hills for his 24k Magic World Tour, Mars told the crowd that he and the show’s promoter, Live Nation, were using some of the money raised from the concert’s proceeds to support the Flint Water Crisis, the Los Angeles Times reported.

The crisis started in early 2014, when the city of Flint switched its water source. The water later tested positive for E. Coli, and elevated levels of lead— causing President Barack Obama to declare a federal state of emergency in the city, freeing up $5 million to cover bottled water and filters. As of March of this year, the Environmental Protection Agency still encourages everyone in Flint, including pets, to drink filtered or bottled water, even though lead levels of tap water appear to have fallen.

Mars and Live Nation said they would donate the funds from Bruno Mars’ concert to the Community Foundation of Greater Flint, a public charity for the city.

“Ongoing challenges remain years later for Flint residents, and it’s important that we don’t forget our brothers and sisters affected by this disaster,” Mars said in a statement to the LA Times. “As people, especially as Americans, we need to stand together to make sure something like this never happens in any community ever again.”

President and CEO of the Community Foundation Isaiah Oliver said he was “honored” by the generous donation.

With a grateful heart, the @cfgreaterflint is honored to accept this inspiring donation. @BrunoMars $1 million gift will be transformative.

Among other initiatives, the Community Foundation has focused on helping children exposed to the lead following the water crisis.