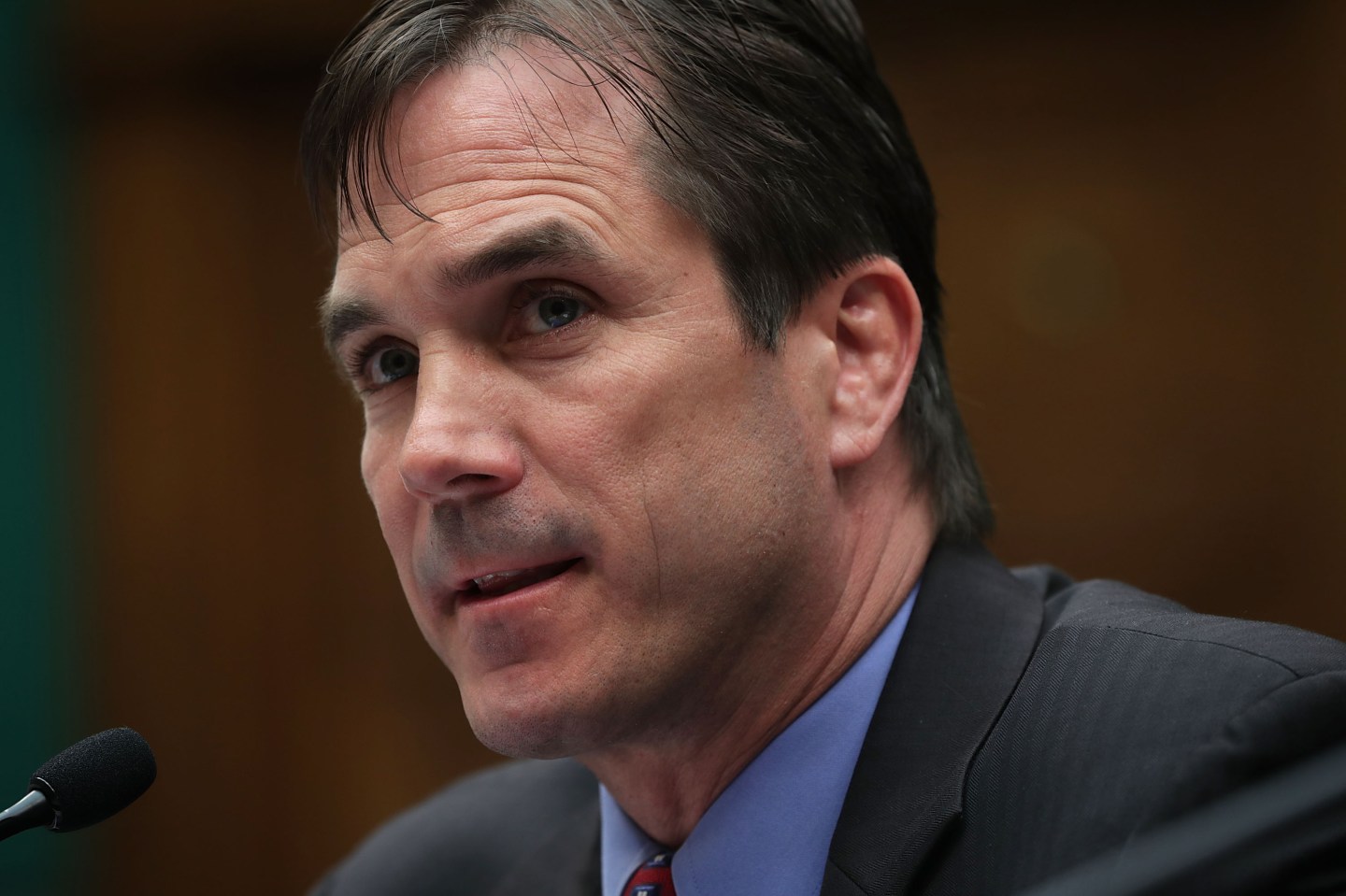 WASHINGTON, DC - APRIL 13: Director of the Michigan Department of Health and Human Services Nick Lyon testifies during a hearing before the Environment and the Economy Subcommittee and Health Subcommittee of the House Energy and Commerce Committee April 13, 2016 on Capitol Hill in Washington, DC. The subcommittees held a hearing on "Flint Water Crisis: Impacts and Lessons Learned." (Photo by Alex Wong/Getty Images)
Photograph by Alex Wong—via Getty Images

Nick Lyon, director of the Michigan Department of Health and Human Services (HHS), has been charged with involuntary manslaughter and other crimes related to his actions during the Flint water crisis. Lyon is now the highest-ranking Michigan official to be charged as part of an ongoing Michigan Attorney General investigation into the lead-contaminated water crisis, which some health experts have also linked to 100 cases of Legionnaires’ disease and 12 deaths in Flint in 2014 and 2015.

Michigan chief medical officer Dr. Eden Wells was also charged on Wednesday with obstruction of justice and lying to an investigator, according to the Associated Press.

Lyon is being accused of failing to warn the public about the Legionnaires’ outbreak (the disease is a form of bacterial pneumonia that can be spread through pathogens which grow in warm water) in Flint, leading to the death of an 85-year-old man, according to investigators. He’s also facing a misconduct charge over allegations that he tried to obstruct academics who were looking into possible links between Flint’s water and the Legionnaires’ spike.

Flint began using river water in order to save money but failed to treat it for corrosives, causing lead to seep into the water supply. Residents either had to consume the dirty water or rely on bottled water while the cleanup effort was underway.

The effort to restore and replace the pipes has been slow. Officials overseeing the initiative have predicted that it could still take several more years before Flint residents can safely drink unfiltered tap water.