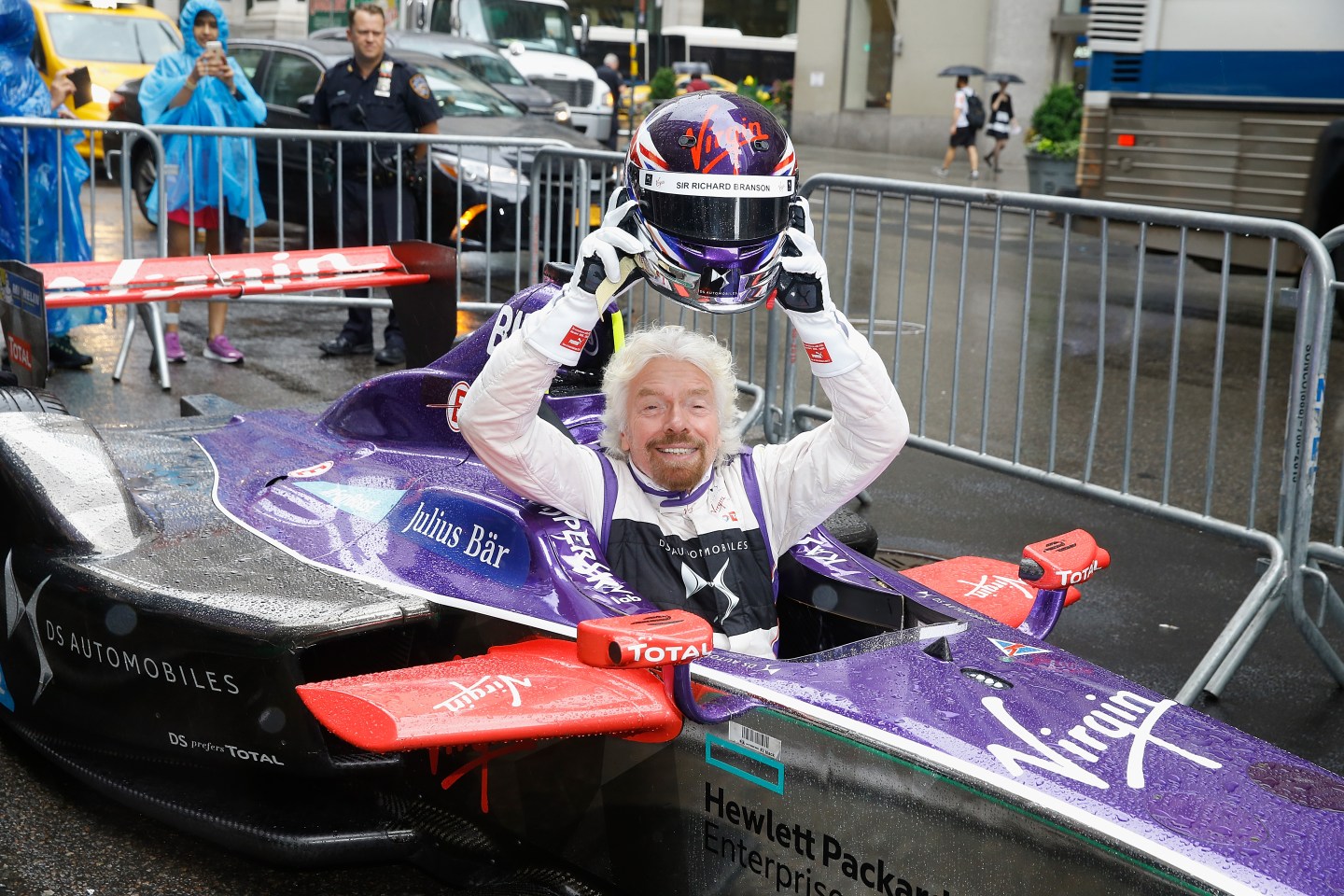 Over the years he has offered up dozens of titles that have kept his attention and helped him grow as a businessman.

We can’t guarantee you’ll follow in the entrepreneur’s footsteps, but the books could certainly set you in the right direction.

Though it may be a work of fiction first published in 1950, “1984” has been echoing ever since the actual year came and went. The book envisions a dystopic future society in which the government monitors, and in some cases punishes, people’s every move.

Sales of the book spiked in late January of 2017 when Kellyanne Conway introduced the term “alternative facts.”

Branson included it on his list of the top 65 books to read in a lifetime, in part because of its timeliness in reminding people to stay vigilant and skeptical.

Failure is a key component of any successful system, but only if the people at the controls understand what went wrong.

In “Black Box Thinking,”journalist Matthew Syed explores why some people try to ignore their mistakes and others confront them deliberately. Syed pushes people to adopt a growth mindset, as the psychologist Carol Dweck calls it, rather than a fixed mindset.

“It advocates for changing attitudes towards failure, and understanding that the only way we learn is by trying things and altering our behaviour based on the results,” Branson writes on his blog.

3. “Ending the War on Drugs” by Richard Branson

Edited by Branson himself (“I couldnt resist sneaking in a book I contributed to,” he writes) “Ending the War on Drugs” is a compilation of essays about the global drug war and the many failed attempts to end it.

“It brings together such a smart group of experts to explain why global drug policy reform is so important,” Branson writes. The list includes philanthropist George Soros, former Mexican president Ernesto Zedillo, and former Swiss president Ruth Dreifuss, among others.

“Attitudes towards treating drugs as a health issue, not a criminal problem, are changing fast,” Branson explains. “Anyone who reads this book will understand why.”

4. “Travels with Charley in Search of America” by John Steinbeck

Criss-crossing the US with his French poodle in tow, Steinbeck shares his experiences meeting America’s most down-home folks in “Travels with Charley.”

Steinbeck drives through national parks, back country roads, small towns, and big cities. He encounters every slice of Americana there is, and presents the reader with a full picture of who calls the country home.

“It opens your eyes to the small pleasures of life, and the great wonders of humanity in the little moments that matter,” he writes.

Read More: 5 Books the Head of MIT Media Lab Thinks You Should Read

Published in 1980 in tandem with the TV show by the same name, “Cosmos” includes illustrated chapters essentially meant to blow the reader’s mind.

Sagan, an astronomer, takes you back tens of billions of years into the history of the universe and traces its evolution through cosmological and anthropological shifts.

The book is a seminal work in the field of science and should humble anyone who starts to feel like they are the center of everything.

6. “If I Could Tell You Just One Thing” by Richard Reed

Author Richard Reed has an insatiable desire to learn what guides other people’s lives, and he makes it known by asking anyone and everyone for advice.

In “If I Could Tell You Just One Thing,” Reed brings together the best pieces of advice he’s received over the years from notable celebrities, athletes, politicians, and entrepreneurs (Branson included).

“They highlight tangible lessons from a diverse range of interesting people, and I like to read a chapter every now and then to get inspired,” Branson explains.

Journalist and political aide Alastair Campbell takes an exhaustive look at the ingredients that make up a success story in “Winners: And How They Succeed.”

Some of the wealthiest and high-achieving people all rely on similar patterns of behavior to get the most out of their days, whether it’s waking up and exercising at certain times of the day or finding time to check email.

Like Reed’s book, Branson says he reads a few chapters at a time to remind himself how far he’s come and where he still has room to grow.

8. ‘Start With Why’ by Simon Sinek

Sinek is a leadership expert who believes companies can’t run effectively unless they approach their business with a specific purpose — or a reason for existing.

“Start With Why” describes a diagram of three concentric circles. The outermost ring he calls “What,” the second “How,” and the innermost ring “Why.” The closer each circle is to the center, the more integral it is to business.