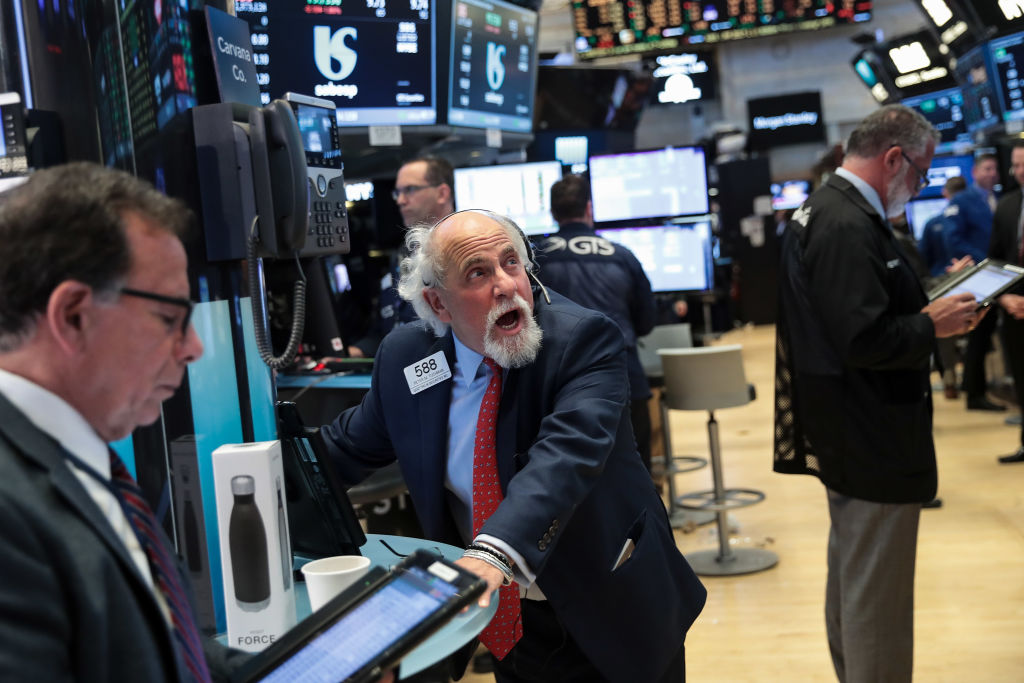 Traders and financial professional work on the floor of the New York Stock Exchange (NYSE) ahead of the closing bell, May 15, 2017 in New York City.
Drew Angerer—Getty Images

An obscure education company from eastern China was briefly the world’s most valuable firm on Thursday thanks to an apparent trading error that caused its stock price to multiply 20,000 times over.

Bids for stocks in Hailiang Education Group were received at $200,000 on the Nasdaq market at 9:35 a.m. ET, according to the South China Morning Post. With a market value of $5.14 trillion—six times that of Apple (AAPL)—the education service provider from Hangzhou was the most valuable company in the world for all of eight minutes.

Hailiang’s reign then came to an abrupt end. After 700 shares were traded at the high price, trading was halted and the transaction later annulled. Stocks in the 22-year-old firm ended the day at a relatively modest $10.34.

No one at Hailiang knows what caused the spike, the SCMP reports. Bloomberg data shows that trading in the company’s stock has been halted some 100 times in the past two years, due to the Nasdaq’s Limit-up and Limit-down triggers.