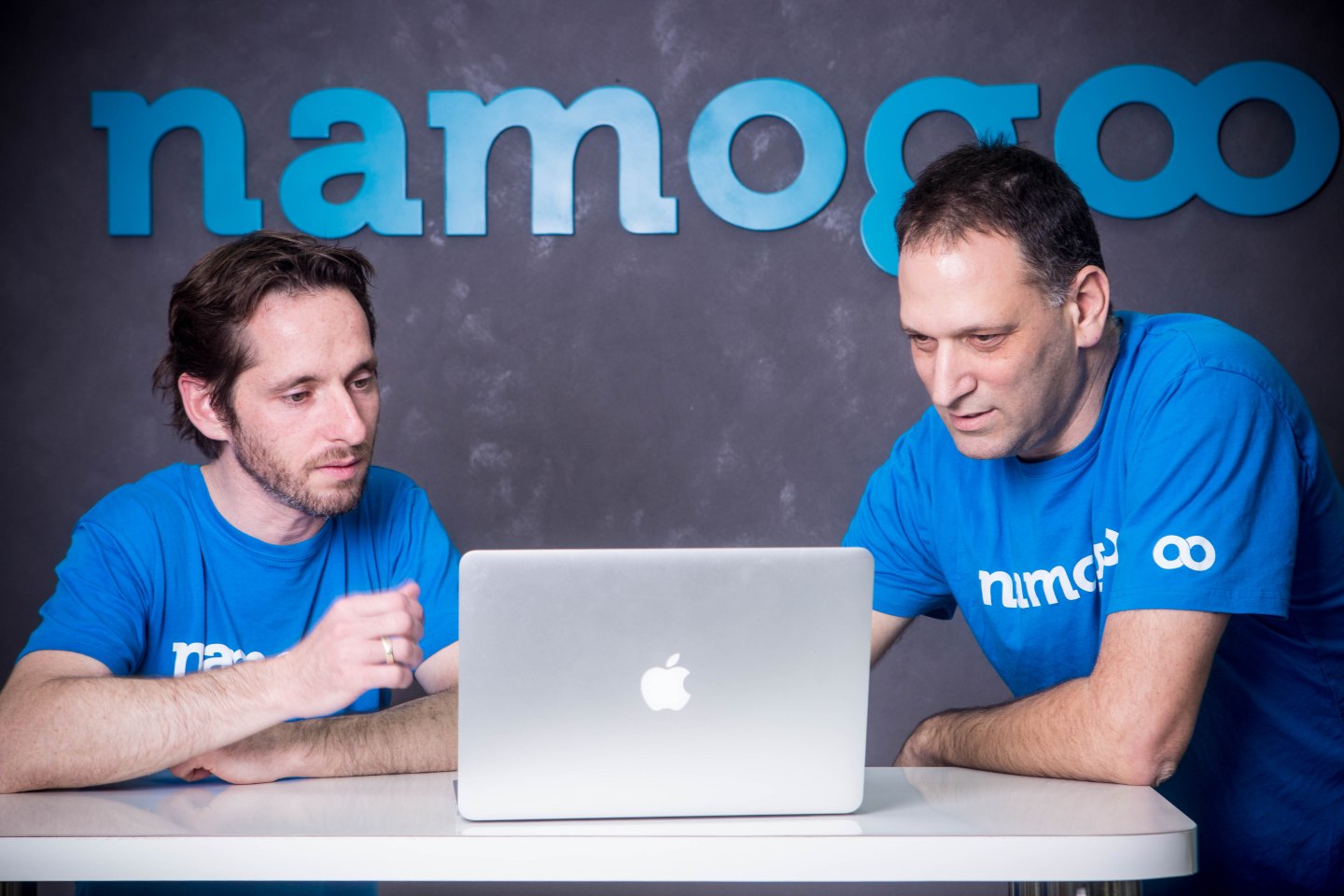 Namogoo, an Israeli-American startup specializing in eradicating malware from e-commerce web sites, now has $8 million in a Series A funding round led by GreatPoint Ventures.

Blumberg Capital and Inimiti Capital also participated in the round, which brings total funding including seed money to about $14 million, Namogoo co-founder and CEO Chemi Katz tells Fortune.

Shoppers on e-commerce sites are often hijacked by other sites, typically without their own—or the store’s—knowledge. For example, if you are on department store web site looking at shirts, there might be code popping up on that page displaying similar items from a different site. Users who click on those links or ads are whisked away to other sites in a process Namogoo calls “journey hijacking.”

Namogoo’s own figures show that nearly one of every four online shoppers is “hijacked” by this malware, planted on legitimate pages. It has good data on this, according to Katz. Since launching in 2014, Namogoo software is installed on more than 500 million web pages worldwide and gleans data from those pages.

“Namogoo” is a Hebrew word meaning vanished or disappeared, “which is what we do to malware,” Katz notes.

Related: Selling Products Is No Longer the Point of Retail Stores

Basically, e-commerce retailers install Namogoo code on their web pages to ensure that they are clean of these rogue links, which can manifest themselves as pop-up ads or perhaps legitimate-looking product recommendations. Depending on the type of code, Namogoo can remove it or simply hide it from the user, thus preventing “hijackings.”

The company has many large retail sites as customers, but Katz declined to name them.

Unlike ransomware, which is blatant in its demands of payment from users, “digital malware is a silent threat that’s been at work for years,” Katz says.

Nikki Baird, managing partner of RSR Research, a firm that tracks retail technology, agrees that this sort of malware is particularly hard to pin down. The difference between this and other kinds of malware, explains Baird, is that this threat sits on the network, perhaps on a router at a local coffee shop—it is not something that a consumer downloads to his or her own computer.

“That’s what’s so insidious about this,” Baird says. “A consumer would have no idea they are the victim of this kind of malware because their anti-virus protection is incapable of detecting it. E-commerce sites are on their own to figure out if the consumer’s experience has indeed been hijacked, and get rid of the hijacker.” Retailers may never know how much revenue they’ve lost in this process.

And that’s where Namogoo’s pitch comes in. The company pioneered technology to fight the sort of user hijacking described above, says Namogoo co-founder and chief technology officer Ohad Greenshpan.

Namogoo’s technology runs on Amazon (AMZN), Microsoft (MSFT), and Google (GOOGL) public cloud infrastructures. The company charges customers via a subscription model, based on how many pages they protect.

Namogoo also offers software to detect bot attacks—the sort of which are used to attack web servers. In that space, it competes with companies like Akamai (AKAM).

The new money will fund expansion of sales and marketing efforts. The company employs approximately 30 people with offices in Israel, San Francisco, and its U.S. headquarters in Boston.