Selling Stuff Is No Longer the Point of Retail Stores 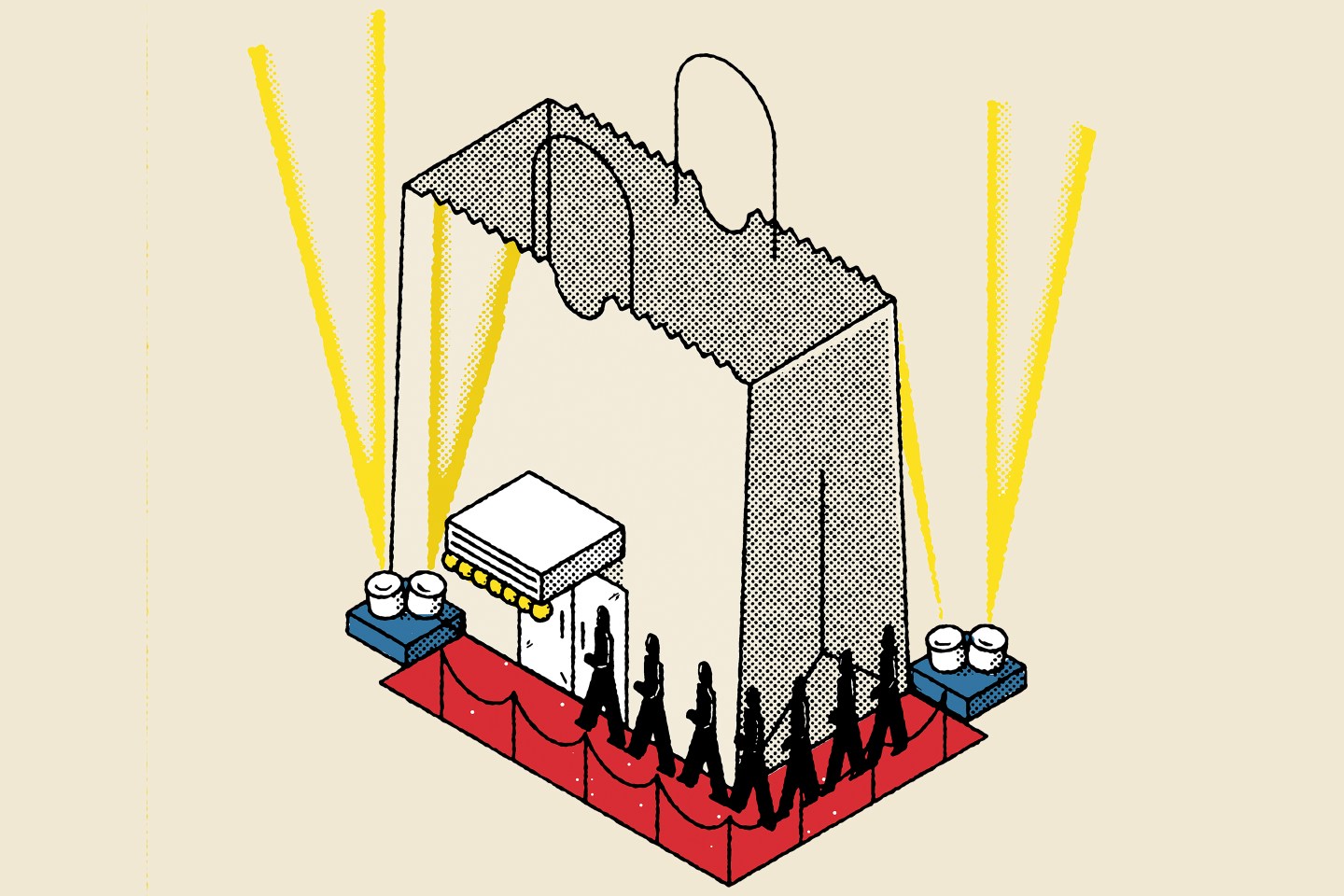 It is a weekday afternoon in May, and a dozen young women are dabbing themselves with expensive creams, serums, and balms in the Glossier showroom, a tiny, light-filled beauty sanctuary on the sixth floor of an office building in downtown Manhattan. Even the cosmetics startup’s employees, whose dewy complexions match their millennial-pink jumpsuits, are participating.

Some of the women are here to shop for Boy Brow eyebrow gel and Balm Dotcom salve, but that’s not really the point of the space. As Glossier CEO Emily Weiss recently explained at the TechCrunch Disrupt conference, the women are present because they want to be a part of something. “While the sales are through the roof and defy all odds, what’s more interesting are the girls who come once a week because they want to feel the energy in the room,” Weiss declared. “I can’t say that about large beauty retailers.” The showroom is merely one of a dozen daily touch points, digital and physical, that Glossier has with its fans.

That’s the future of retail, according to a new breed of startups that have embraced physical stores as places for “brand experiences” rather than mere sales. Consider Outdoor Voices, an athletic apparel brand that has gained a cultlike following among young, primarily female fitness enthusiasts. The company’s four stores are home base for gatherings like “dog jogs,” community yoga, and brunch parties. As CEO Tyler Haney explained at the TechCrunch event, its stores “are not about revenue, but community.”

A statement like that might induce eye rolls from a traditional retail executive. But it’s worth considering in a year when store closings are on pace to break a 20-year record. Macy’s (M), Sears (SHLD), J.C. Penney (JCP), Staples (SPLS), and Kmart are all shuttering stores this year. Payless, the Limited Stores, Wet Seal, MC Sports, Gander Mountain, and Rue21 declared bankruptcy in 2017. The retail landscape is so ugly that CEOs are issuing mea culpas about missing the e-commerce wave, as J. Crew’s chief recently did. “If I could go back 10 years, I might have done some things earlier,” Mickey Drexler conceded to the Wall Street Journal.

On the flip side is Amazon (AMZN), which marked its 20th anniversary as a publicly traded company amid the retail carnage. Famous for defying shareholder expectations to turn a quarterly profit, Amazon has watched its stock price soar since going public in 1997. The company is now worth about $473 billion; more than Walmart Stores, CVS Health, Walgreens, and Target combined. The behemoth has opened seven physical bookstores with plans for convenience, electronics, grocery, and home-goods shops.

In the middle of it all are the upstarts, among them Glossier, Outdoor Voices, Warby Parker, Harry’s, Bonobos, Rent the Runway, Everlane, and Cuyana. They are leveraging newly available real estate to experiment with boutiques, showrooms, and pop-up shops. Using physical spaces to build offline community has another advantage: It’s one place where Amazon doesn’t care to compete. The company’s sensor-packed Amazon Go convenience stores, set to open later this year, won’t even have cashiers.

A version of this article appears in the June 15, 2017 issue of Fortune with the headline “You’ll Laugh! Cry! (Maybe Buy.).”