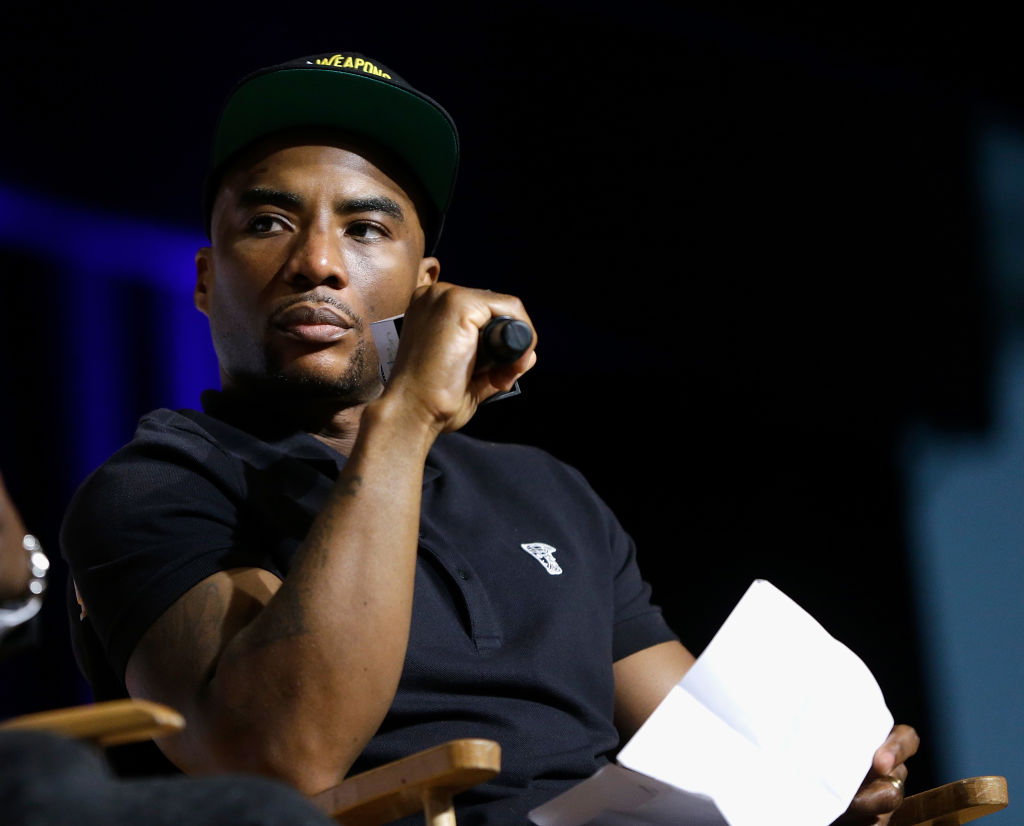 Last week, Janet Mock, journalist, best-selling author, and advocate appeared on the iHeartRadio-produced program The Breakfast Club, which bills itself as the “world’s most dangerous morning show.” (It’s also broadcast live on Power 105.1 FM, a NYC based hip hop station.) The show, which is known for raucous and controversial discussions with high profile celebrities and artists, is hosted by DJ Envy, Angela Yee, and Charlamagne tha God. It’s a thing; even Hillary Clinton has made an appearance. (That segment is worth revisiting now, actually.)

Mock went on the show to promote her book, Surpassing Certainty, and used the platform to advocate for issues important to the diverse transgender community. But things took an ugly turn a few days later when Lil Duval appeared on the show.

In his segment, Duval used a slur when asked his thoughts on President Trump’s tweeted ban of transgender personnel. “Shout out to all the trannies out there,” he said. Then, when pressed on how he’d respond if he found out that a woman he was dating was transgender, he said he kill her: “This might sound messed up, but I don’t care, she dying.” After some half-hearted pushback, the hosts asked about Mock herself, using her book as a prop. “Nope. That nigga doing his thing….ain’t finna get me,” Duval said.

Clips from the segment went viral, and activists and allies responded with the hashtags #BoycottBreakfastClub and #TransLivesMatter. They are currently posting videos of support for transgender women under #TransFolksAreNotJokes.

As the backlash grew, Mock responded in an op-ed for Allure.com. She wasn’t naive when she booked the show, she wrote. “I had watched previous interviews over the years and was familiar with their provocative and oftentimes problematic brand of talk,” she began. “I witnessed the male hosts critique the bodies of black cis and trans women alike, as if we’re objects on display, open for dissection.” And then this:

“It’s this deplorable rhetoric that leads many cis men, desperately clutching their heterosexuality, to yell at, kick, spit on, shoot, burn, stone, and kill trans women of color. Until cis people — especially heteronormative men — are able to interrogate their own toxic masculinity and realize their own gender performance is literally killing trans women, cis men will continue to persecute trans women and blame them for their own deaths.”

Mock is right: This kind of talk is dangerous. Some fifteen transgender women have been murdered in 2017 — and those are just the cases we know about.

On Sunday, Charlamagne, whose given name is Lenard McKelvey, appeared at Politicon in Pasadena, Calif., for an on-stage discussion of politics and the hip-hop community with MSNBC host Ari Melber. Instead, Ashlee Marie Preston, editor-in-chief of Wear Your Voice magazine, and Patrisse Cullors, a co-founder of Black Lives Matter, interrupted their session to call for a boycott of The Breakfast Club, while chanting, “we are not a joke.” Later, she wrote, “It’s time for the black community to stop neglecting black trans women and leaving us to fend for ourselves.”

She has a point. But why stop there?

Daily Beast writer Ira Madison III explores the long history of The Breakfast Club’s casual tolerance of violent rhetoric targeting cis and trans women. “In most cases, a host would never be held accountable for their guests, but when it comes to The Breakfast Club, Charlamagne is often caught laughing along with the vile things that come out of his guest’s mouths,” he says. It’s an opportunity for big business to be a bigger ally, he says. “It will take more than members of the community for Charlamagne to own up to the idea that even as he casts himself as a victim by claiming he isn’t responsible for his guests’ words, he still gets to profit from their hatred,” says Madison. “As long as companies like Viacom (a former Charlamagne employer) and iHeartRadio…don’t care how Charlamagne treats other members of the black community, they’ll continue to co-sign him and have him on their programs.”

The bottom line, he says, is simple. “[Charlamagne’s] opportunity comes from demeaning and endangering women and LGBT members of the black community and being allowed to do so by his white employers.”