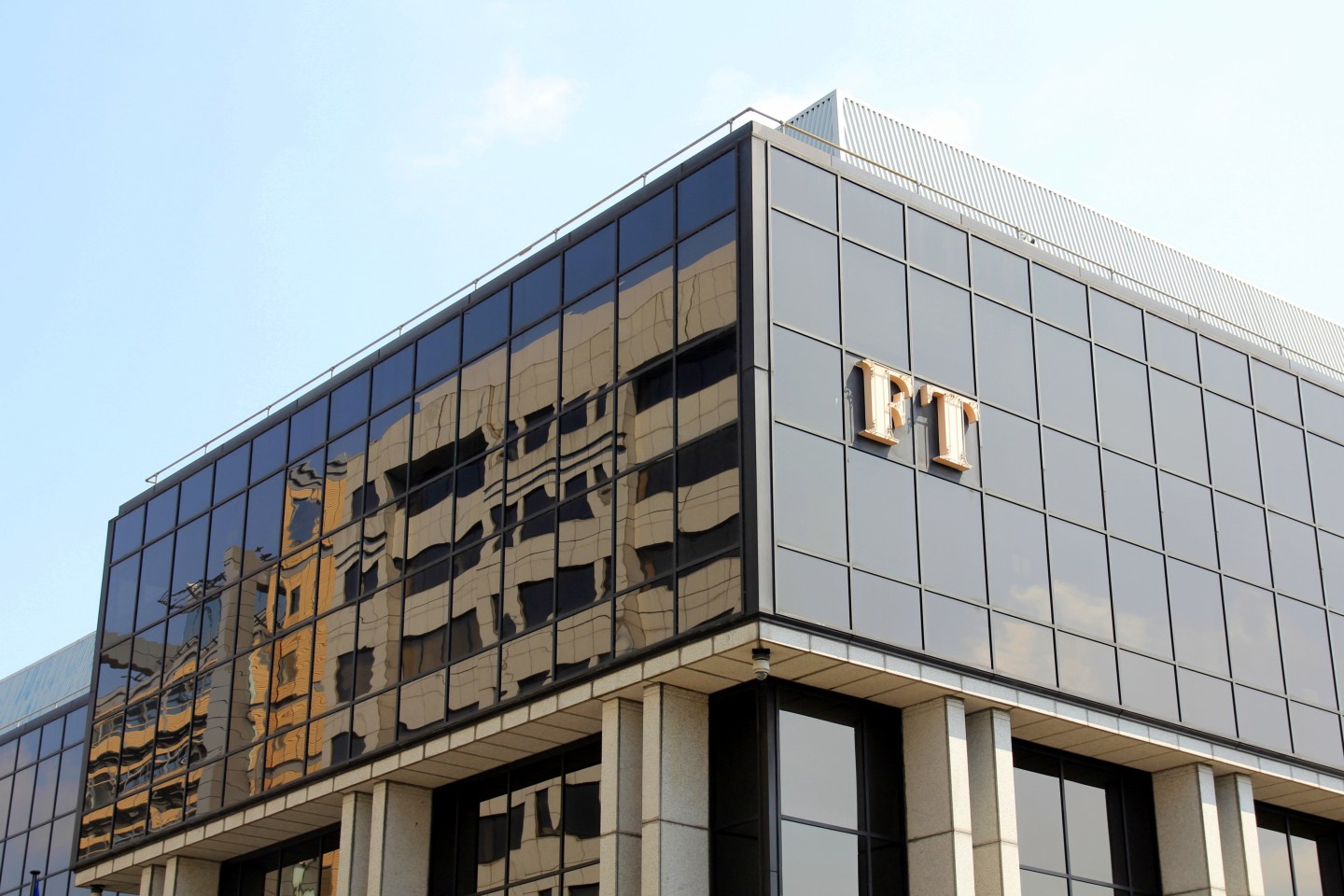 The gender pay gap debate in the U.K. is reaching a boiling point as journalists at the Financial Times say they may strike after discovering that female editorial staffers earn 13% less than their male colleagues.

In an email to 600 employees on Monday, Steve Bird, father of the FT’s National Union of Journalists chapel, said the 13% gulf is “the biggest shortfall in a decade” and maligned the company’s goal of reaching equity by 2022, according to Sky News.

The paper’s staff is expected to discuss the matter at a meeting on Wednesday.

In a statement, the FT told Sky that it takes the matter of gender pay seriously.

“We have a 50/50 female-male split among our workforce and there are more women in senior roles across the newsroom and commercial teams than ever before,” company said. “We have a long list of active initiatives in place to further that progress.”

The FT news comes amid a blockbuster equal pay fight at the BBC. The august British broadcaster, in publishing the salaries of its top-paid broadcasters earlier this month, also disclosed a yawning divide between the pay of its male and female talent. Two-thirds of the top-paid employees named on the list were white men.

Shortly after the disclosure, 42 female BBC employees demanded that the company fix the pay gap immediately, not by the 2020 deadline previously proposed.

“You have said that you will ‘sort’ the gender pay gap by 2020, but the BBC has known about the pay disparity for years. We all want to go on the record to call upon you to act now,” said the letter signed by well-known TV personalities like Clare Balding, Sue Barker, and Angela Rippon.

The letter’s signatories are right—gender pay gaps at the BBC and elsewhere are long-standing. So why all the outrage, why now?

What’s different about the pay gaps at the BBC and the FT is that there are real numbers—and in the Beeb’s case, real names—attached to the problem, rather than national or industry averages that are tossed around on occasions like Equal Pay Day.

The FT’s gap was reportedly identified in a recent internal pay audit, while the BBC’s was made public as part of a 10-year funding settlement with the government.

“What’s driving this is the disclosure; when it’s in your own backyard, that makes it real” Ann Francke, CEO of the Chartered Management Institute told Fortune. “It’s not just some general thing that exists in the ether to banter about.”

In that case, fury over gender pay gaps in the U.K. will only grow from here. That’s because a law that took effect in April requires all U.K. companies with at least 250 employees to publish by next April data on gender pay gaps in their salaries and bonuses that will be compiled into a public ranking.

“There will be nowhere to hide,” says Francke. “Companies will no longer be able to deflect with the, ‘It’s others, not us,’ defense.”

Companies in the U.S., meanwhile, still have plenty of cover. The U.S. has no laws mandating disclosure and one of the few measures promoting pay transparency—an executive order signed by President Barack Obama in 2014 that applied to federal contractors—was reversed by President Donald Trump earlier this year.

The new U.K. law is expected to apply to some 9,000 employers with 15 million workers—about half the nation’s workforce. Despite its wide reach, the law has faced criticism for lacking teeth. Once their gender pay gap figures are published, companies aren’t required to explain their gaps or do anything to narrow them. (By contrast, Iceland is taking a more forceful approach to eliminating pay discrepancies by gender.)

But based on this month’s events, it seems that the new U.K. measure does indeed have a “stick” component—in the form of public outrage.