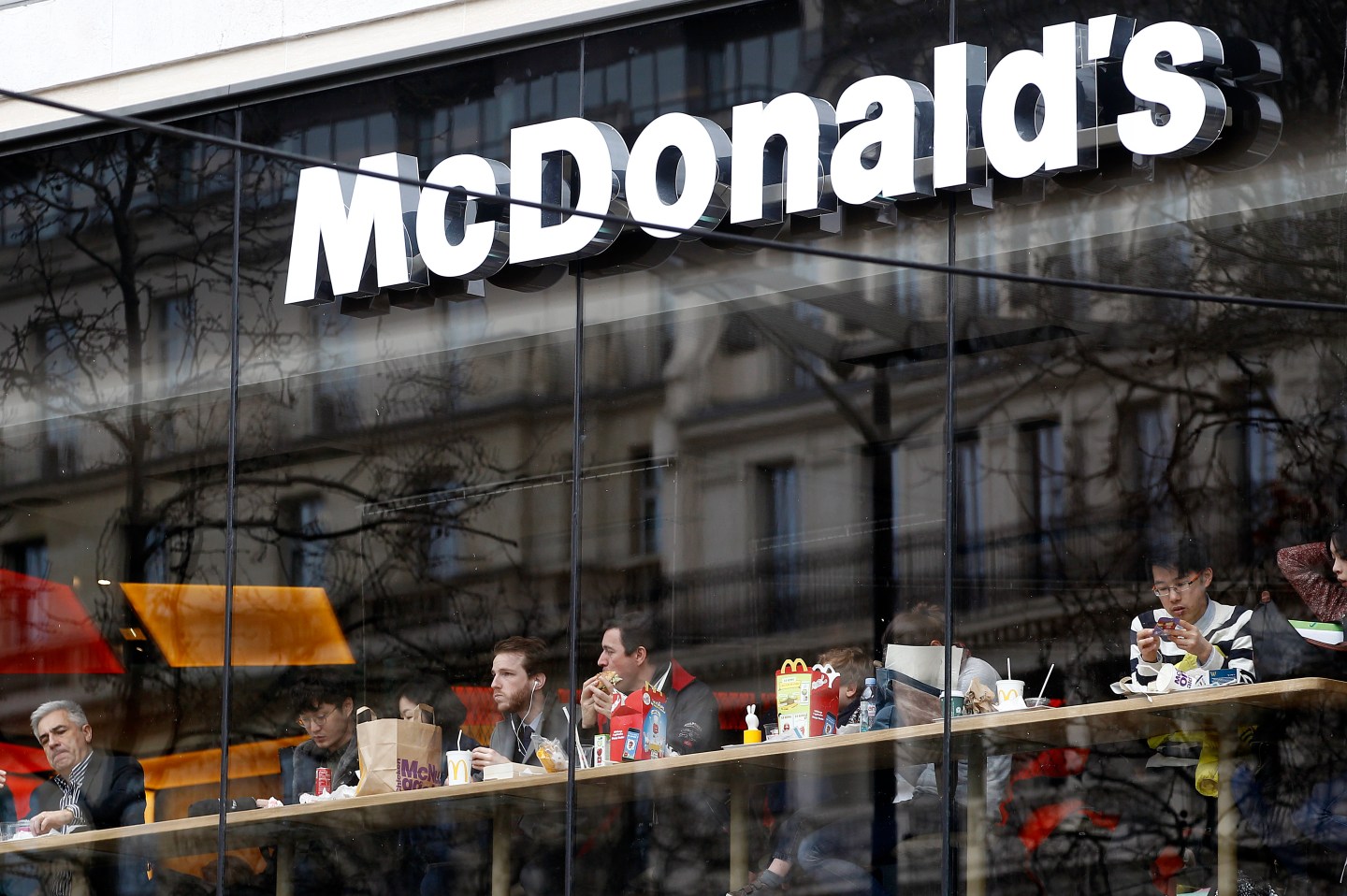 PARIS, FRANCE - FEBRUARY 22: The largest McDonald's in the world reopens on the Champs-Elysees following extensive refurbishment, on February 22, 2016 in Paris, France. The establishment, which opened in 1988, has a turnover of 13.5 million euros making it McDonald's most profitable restauarant. (Photo by Chesnot/Getty Images)
Chesnot Getty Images

The world’s largest fast-food chain on Tuesday reported stellar quarterly results, which included a much-better-than expected 3.9% increase in sales at established U.S. restaurants, numbers that were bolstered by McDonald’s $1 soda promotion and the introduction of crafted burgers.

Elsewhere, McDonald’s did well too: global same-store sales, which gauge business at restaurants open at least 13 months, rose 6.6%, their best performance in five years, and easily outpaced the 4% expected by analysts, according to research firm Consensus Metrix. In U.S., they had been expecting a 3.2% bump.

The strong results show that the efforts of CEO Steve Easterbrook to overhaul the company’s business, including its menu and in-store operations, are taking hold two years into a turnaround. McDonald’s has been grappling with sometimes weak store traffic so it’s taken steps such as tapping Uber for some delivery services and letting customers order ahead of time with mobile apps. It’s also introduced in-store ordering kiosks in an effort to appease customers who’ve been turned off in the past by long, slow-moving lines.

And tweaks to its core offerings have been key to its renaissance: last year, sales boomed thanks to its all-day breakfast play. And in the second quarter, it got a boost from $1 sodas and new “Signature Crafted” burgers—items geared at attracting customers in the short term. McDonald’s has tested everything from kale salads to cooked-to-order Quarter Pounders in recent years as it’s sought to maintain its newfound momentum.

In addition to the $1 soft drinks of all sizes it introduced in April, McDonald’s is also selling McCafé beverages—frappes, smoothies, espresso drinks—for $2 (for a limited time) to generate interest and drum up store visits.

“We’re building a better McDonald’s and more customers are noticing,” Easterbrook said in a statement.