Deutsche Bank May Take $350 Billion Out of London Post-Brexit 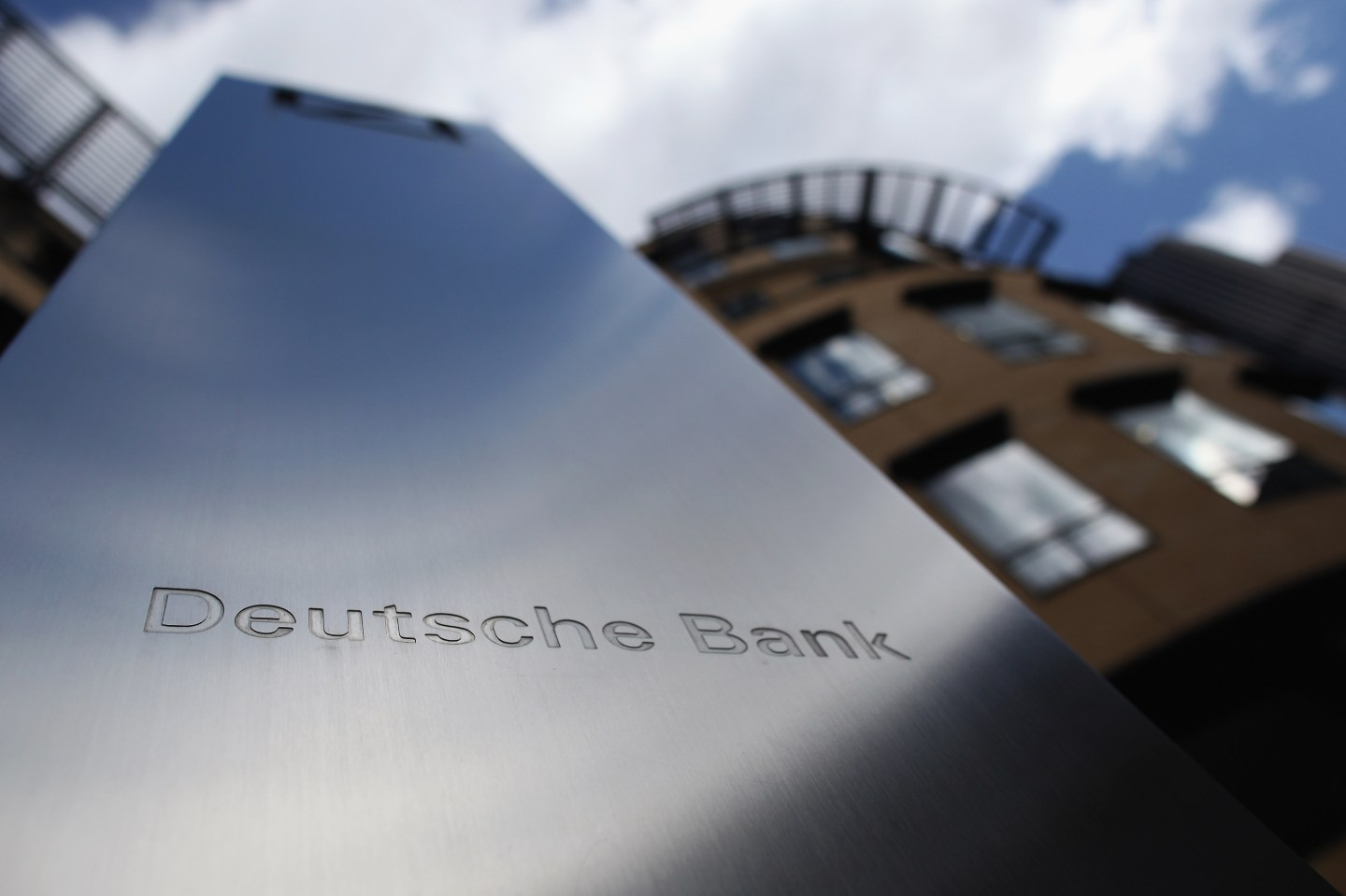 LONDON, ENGLAND - SEPTEMBER 05: A general view of Deutsche Bank on September 5, 2011 in London, England. Shares at Deutsche Bank fell by nearly 9 per cent today after news emerged that it was one of several banks currently being examined by the Serious Fraud Office, to determine whether financial institutions fraudulently misrepresented asset backed securities deals to clients in the UK. (Photo by Dan Kitwood/Getty Images)
Dan Kitwood—Getty Images

In the aftermath of the Brexit vote from a year earlier, German banking giant Deutsche Bank has been making plans to downsize its London operations.

Now, the bank led by CEO John Cryan is reportedly thinking about moving an Exxon-Mobil’s worth of assets out of the U.K.

Bloomberg reported Monday, citing people with knowledge of the matter, that the bank is considering moving about a fifth of its balance sheets, about $350 billion, from the U.K. to Frankfurt. Exxon Mobil was valued at about $335 billion by market cap as of Monday’s close.

That comes as banks in London consider moving from the financial center post-Brexit. That’s because after the U.K. decided to exit the European Union a year earlier, banks no longer know for sure whether they will still be able to legally do business in any country within the union from the U.K.

If Deutsche Bank’s plan goes into place, trading of those $350 billion assets is expected to start September 2018, with all assets moved over by March 2019. The plan has been dubbed Bowline, Bloomberg reported.

While the specifics of Brexit have not yet been decided, Deutsche Bank says it would prefer to be prepared rather than not, Cryan said in a video message earlier this month.

“There’s an awful lot of detail to be ironed out,” he said in the message. “Depending on what the rules and regulations turn out to be.”

Shares of the banking giant rose 2.5% in trading Tuesday.