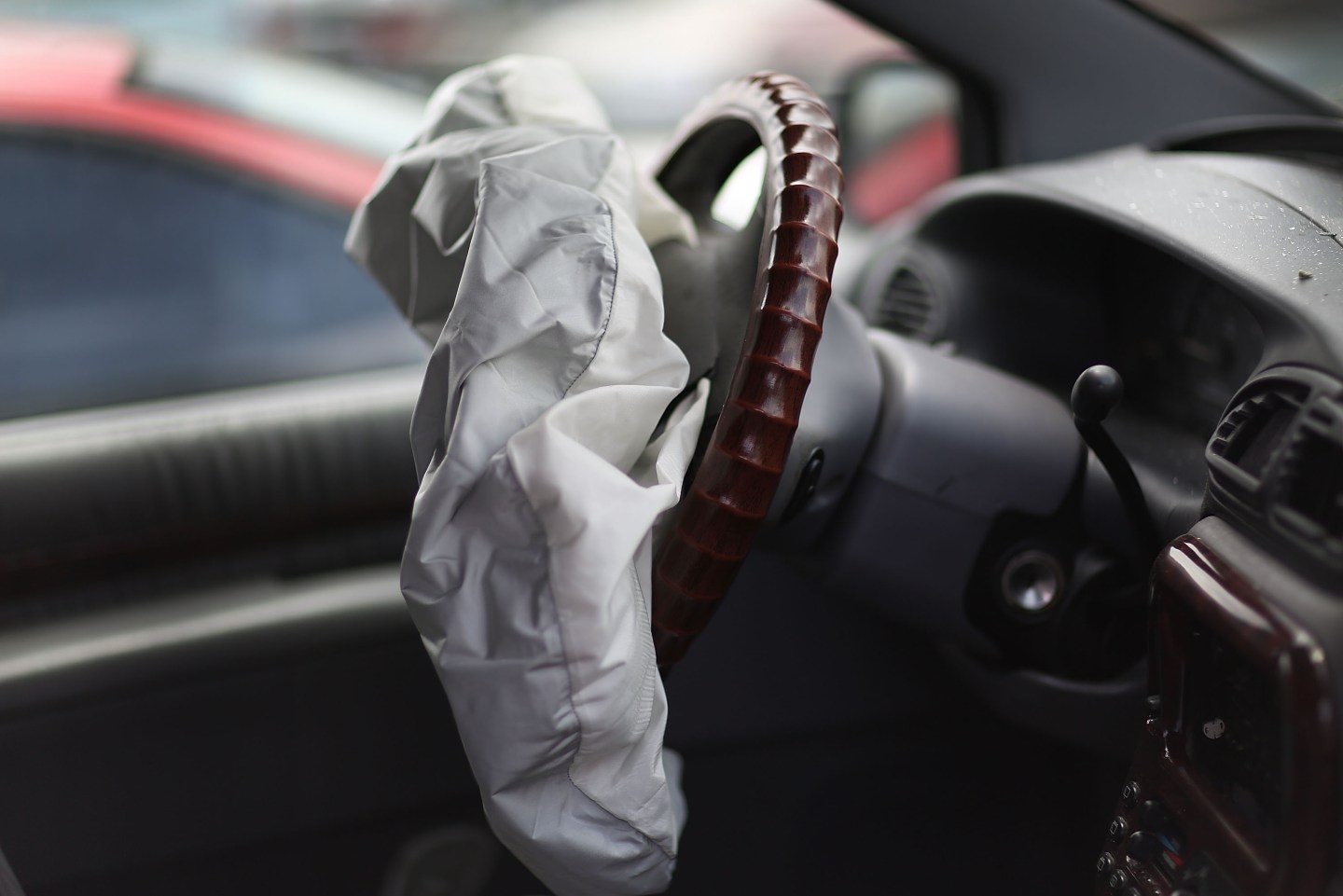 MEDLEY, FL - MAY 22: A deployed airbag is seen in a Chrysler vehicle at the LKQ Pick Your Part salvage yard on May 22, 2015 in Medley, Florida. The largest automotive recall in history centers around the defective Takata Corp. air bags that are found in millions of vehicles that are manufactured by BMW, Chrysler, Daimler Trucks, Ford, General Motors, Honda, Mazda, Mitsubishi, Nissan, Subaru and Toyota. (Photo by Joe Raedle/Getty Images)
Joe Raedle—Getty Images

Australia’s consumer watchdog said on Monday it was investigating the recall of Takata (TKTDY) vehicle airbags, a day after police said a man’s death in a Sydney car crash could be linked to the faulty safety equipment.

The Australian Competition and Consumer Commission (ACCC) said it was seeking information from both the government department responsible for vehicle safety and car manufacturers on what information was being given to consumers about the recall.

Police said over the weekend that the death of the man in Sydney earlier this month may be the 18th death related to faulty airbags by the Japanese auto parts maker. The ACCC referred to another incident in April in which a woman in the Northern Territory suffered severe injuries from her airbag after a crash.

ACCC Chairman Rod Sims noted that the Takata airbags degrade over time and can become lethal by misdeploying and firing metal shards at a car’s occupants.

Citing a report by Australian consumer group Choice, Sims said some vehicles’ airbags were being replaced with ones that may in turn need to be replaced again in six years’ time because they were treated with a water-absorbing chemical designed to address the original problem that can also degrade over time.

Choice estimates that more than two-thirds of the cars recalled in Australia still have not had their faulty airbags replaced. Manufacturers including BMW (BMWYY), Toyota (TYIDY) , Mazda (MZDAY), Lexus and Subaru have replaced some airbags with a temporary fix, it said.

More than 2.3 million vehicles in Australia have been targeted in a recall since 2009, the ACCC said. The airbags are in 60 makes of cars sold in Australia, including Honda (HMC) and Toyota.

“We would have very serious concerns if manufacturers were found to be misleading consumers about their car’s safety in breach of their obligations under consumer law,” Sims said in a statement.

“Our advice to consumers is not to panic, but to visit the Product Safety Australia website to see if their car is affected by the recall and if it is, to contact their car’s manufacturer immediately.”

Takata has filed for bankruptcy protection in the United States and Japan, and said last month it had agreed to be largely acquired for $1.6 billion by the Chinese-owned U.S.-based Key Safety Systems.