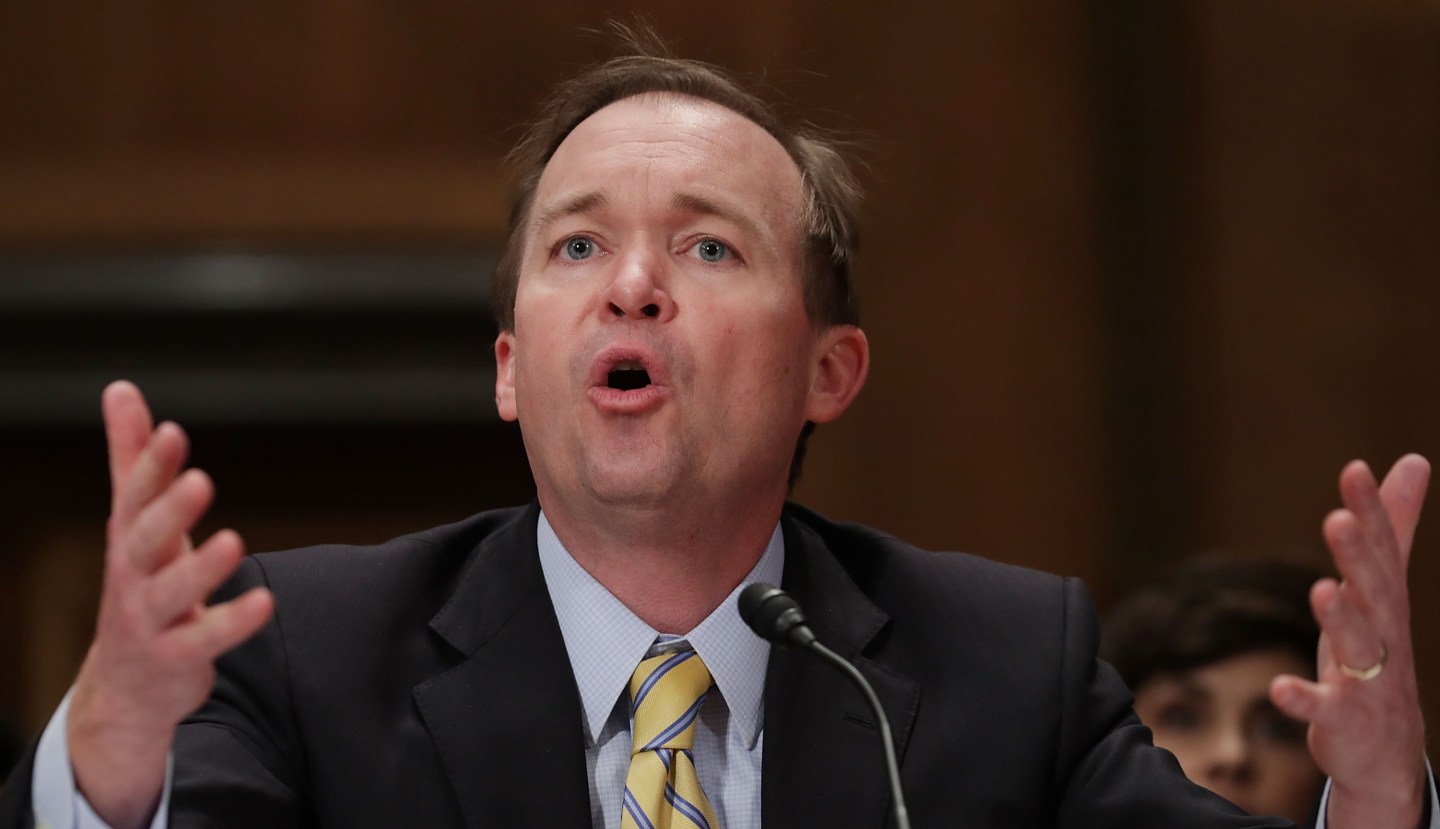 Something changed in 2007, says Director of the Office of Management and Budget Mick Mulvaney in his introduction to “MAGAnomics,” a play on “Make America Great Again,” in the Wall Street Journal last week. Before 2007, the modern American economy grew at roughly 3.5%, but since has hardly topped 2%. He claims that President Donald Trump, harkening back to Ronald Reagan in the 1980s, will restore 3% growth with an agenda designed for “those who left for work this morning in the dark and came home after their kids were asleep.”

Nice try. First, growth and good jobs have been challenged in many parts of the country as early as 2001 (and for some, even longer). During the 2001–2007 cycle, for example, GDP grew at 2.4%, compared to an average of 3.3% across previous cycles since 1948. This weak expansion, coinciding with George W. Bush’s implementation of an upper income tax cut, suggests that Trump’s personal income tax cut is unlikely to stimulate the rate of growth Mulvaney claims.

Trump’s business tax cuts, which will also accrue mainly to the wealthy, are equally unlikely to deliver growth. If the goal is to create good paying jobs for working Americans, lowering businesses to 15% and repatriating overseas cash fail at their own stated purpose. The last time multinational companies repatriated cash—also during the last Bush presidency—a bipartisan Senate investigation later found that those same companies actually shipped even more jobs overseas, while paying their shareholders billions through buybacks of their own stock. And I guess it should hardly be a surprise that MAGAnomics also provides a massive tax giveaway to real estate companies—including the Trump Organization itself—and gigantic Wall Street hedge funds.

All in all, the Trump tax plan would wastefully increase deficits by at least $3.5 billion over ten years—with half of all tax cuts going to the top 1%—while actually raising taxes on nearly half of all families with children, according to the nonpartisan Tax Policy Center’s (TPC) analysis. Nor does this even deliver growth. The Congressional Budget Office (CBO) analysis of Trump’s budget finds a meager 1.9% growth—well short of the promised 3% and underperforming the economy under Obama. Sadly, these wasteful tax giveaways would threaten middle class priorities, including the investments in education, infrastructure, and other areas that we need to grow the economy.

Nor does MAGAnomics get any better from here. “Curbing unnecessary regulation” to reduce the cost of doing business is just another backdoor way of providing generous giveaways to powerful corporations at the direct expense of working families. Represented by proposals such as the Regulatory Accountability Act, deregulation aims to shut down the government’s ability to protect kids from dangerous cribs or enforce the rules that stop reckless financial bets from blowing up the economy. In fact, few things can be more damaging to growth than the kind of financial crisis that Mulvaney conveniently looks past—the one that started precisely in 2007, sent unemployment to 10% nationally and much higher in many places, and resulted in bailouts for banks but foreclosures for working Americans. But Trump’s financial deregulation program would make a financial crisis far more likely again. This doesn’t sound like an agenda “for everyone, especially for those who left for work this morning in the dark but came home after their kids were asleep.”

The rest of MAGAnomics is of the same vein: transfers of economic and political power from ordinary working families to the powerful interests that have backed Trump and his billionaire cabinet. They too are based on myths and half-truths. Myths, like the so-called “disincentives” to work in programs that ensure basic living standards, and half-truths like Trump’s “infrastructure plan,” which amounts to little more than tax giveaways to Wall Street that the CBO says will not meaningfully increase infrastructure investment.

A more sensible approach would recognize the increasing problem of concentration of economic power, the decline in worker power, and dangerous underinvestment in America’s future. Instead of providing massive giveaways to the wealthy and well-connected, Trump and Congress should be taking bold steps to raise the wages of hard-working Americans whose real wages have been stagnant or in decline for decades. This type of approach is much more likely lead to 3% growth and an America that is once again great for all working Americans.