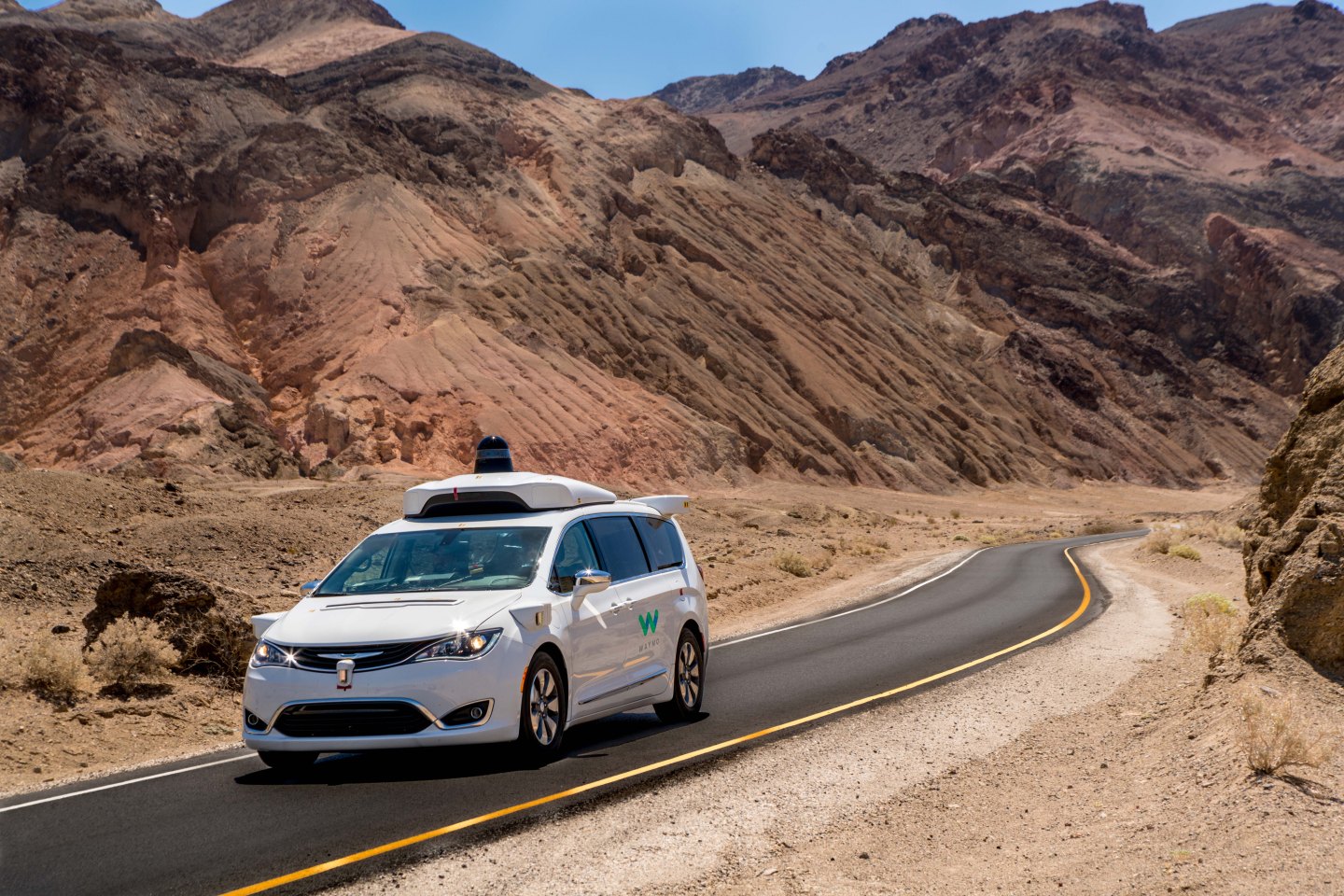 Waymo, the former Google self-driving project that spun out to become its own business under Alphabet, has been testing its Chrysler Pacifica self-driving minivans in the heat for almost a year. The team initially tested the cars in a wind tunnel that can mimic almost any weather condition, and then on public roads.

This summer, Waymo took the tests to the next level: a road trip that included a stop in California’s Death Valley, where temperatures have reached 134 degrees. The Death Valley tests followed a trip in March to Lake Tahoe to see how the minivans performed in snowy conditions.

For heat testing, Waymo took its self-driving minivans to three hotspots to go through the paces in different scenarios. The trials started at Davis Dam on the Arizona and Nevada border, a spot with long stretch of steep roads. From there, the vehicles went to Las Vegas, a city known for its stop-and-go traffic along its famous Strip. Finally, Waymo went to Death Valley, home to the lowest point in North America.

Automakers have long subjected vehicles to extreme heat and cold to ensure that they’re safe and ready for public roads. So Waymo’s tests are typical, in one sense.

Testing in heat is especially critical for autonomous cars because the self-driving systems generate extra heat that isn’t a consideration in traditional cars, Waymo noted in a blog published on Friday.

“This type of testing allows us to be confident our vehicle can cool itself and continue to operate under the hottest temperatures, even with an engine running at full power and our systems running at full capacity,” Waymo wrote.

Waymo put its cars through idling, steep slopes, traffic tests. The company also said it pushed its cars to the limits during these and kept the air conditioning on “full blast.”