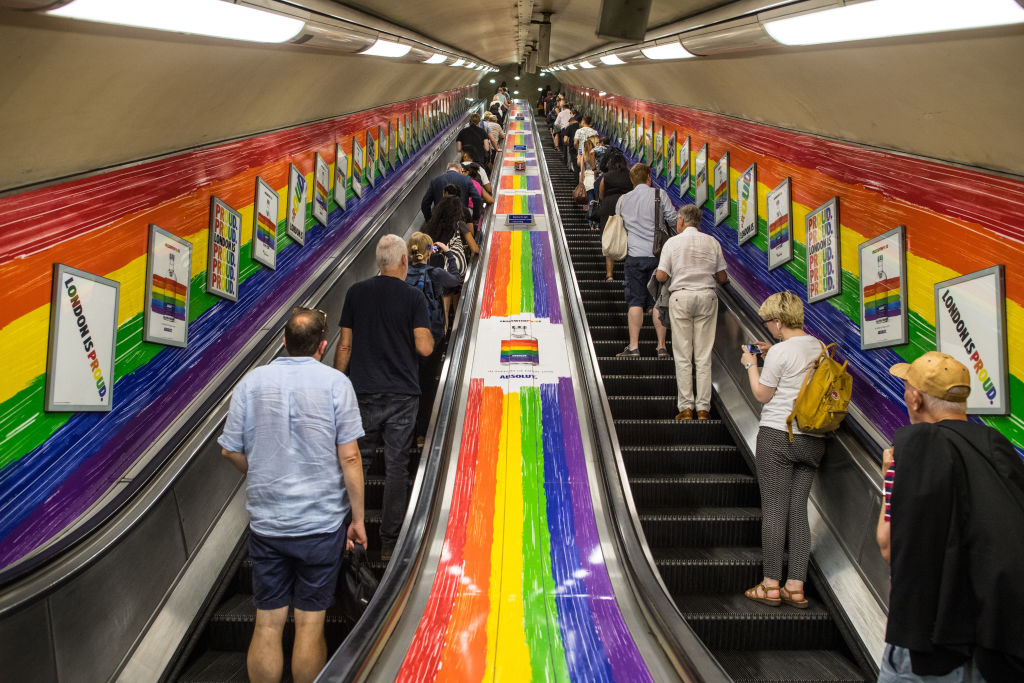 In an effort to be more gender-inclusive, Transport for London (TfL) is telling workers across London to stop using the words “ladies and gentlemen” in announcements. A better alternative? The non-gendered, “Good morning, everyone.”

Pre-recorded messages will also be changed to reflect the new language.

The shift in wording comes after months of campaigning by LGBTQ activists, who urged London Mayor Sadiq Khan to scrap the binary “ladies and gentlemen” greeting.

Khan asked for a review of TfL training and procedures in December after a trans woman said she was ridiculed by a transport worker who said she “didn’t sound like a Miss” during a call to the agency’s helpline.

TfL’s head of customer strategy Mark Evers says the new language aims to make “everyone to feel welcome on our transport network.”

“We have reviewed the language that we use in announcements and elsewhere and will make sure that it is fully inclusive, reflecting the great diversity of London,” he told the Evening Standard.

In making the change, the TfL joins the slow but steady movement of entities—both public and private—that are shifting their operations to be more gender-neutral. TfL’s move is somewhat reminiscent of Sweden’s decision in 2015 to add the gender-neutral pronoun “hen” to its official dictionary. In June, the U.S. state of Oregon became the first to add the gender-neutral option ‘X’ on driver’s licenses. Some lawmakers in New York want to change all language in the state laws to read “police officer” and “firefighter” rather than the current “fireman” or “policeman.” Gender advocates in Canada, meanwhile, are pushing for lawmakers to add a gender neutral identification option on official documents or remove gender identification altogether.

Discount retailer Target has been especially progressive on the corporate side of things. In February, it announced the launch of a line of kids’ home décor products that paid little mind to gender norms after saying last year that it would take down signs in its stores that referred to “boys” and “girls” on toys, bedding, and books. In that same vein, MTV in May awarded its a gender-neutral award for best actor. The winner, Emma Watson of Beauty and the Beast, said the more inclusive award title that doesn’t separate nominees based on their sex “says something about how we perceive the human experience.”