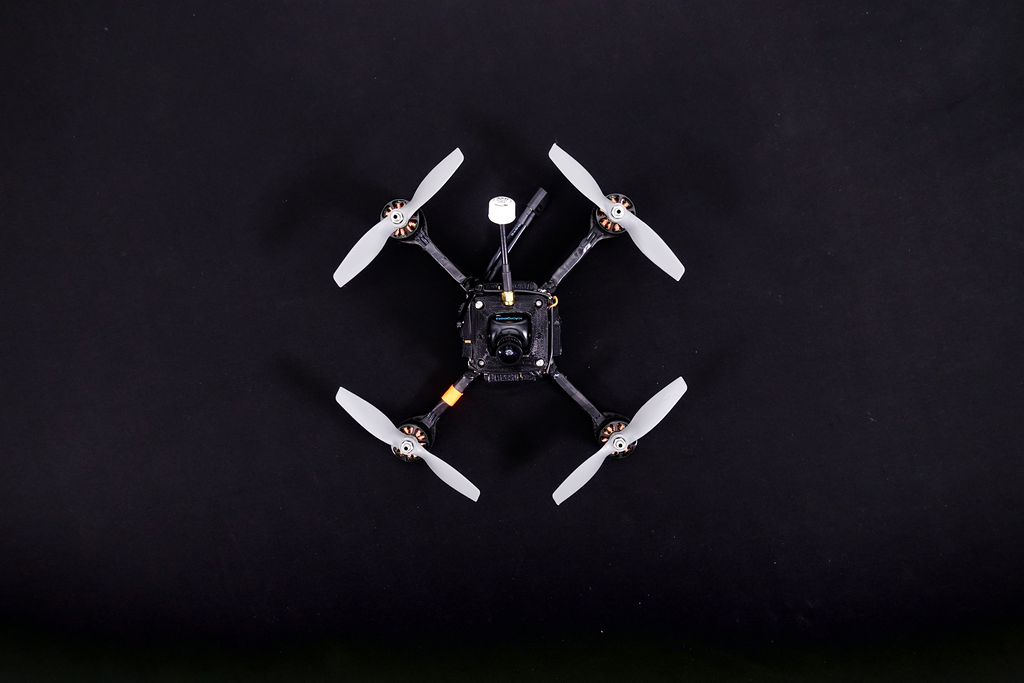 A quadcopter drone that weighs less than two pounds and can travel nearly 180 miles an hour has just broken a world record.

The new DRL RacerX from the Drone Racing League set the Guinness World Record for the fastest ground speed by a battery-powered remote-controlled quadcopter, the league said Friday. The official record-breaking speed was recorded as 163.5 miles per hour.

Guinness World Records measures drone speeds by having the aircraft fly back and forth along a 100 meter course. The average top speed achieved is used for the record measurement.

The Drone Racing League says earlier prototypes actually “burst into flames when hitting its highest point of acceleration” due to the amount of power used.

“We’re thrilled to put our proprietary technology to the test, as we’re all about speed and pushing the limits of drone design here at DRL,” Drone Racing League CEO and founder Nicholas Horbaczewski said in a release. “The record-setting Racer X represents the culmination of years of technological innovation by our team of world class engineers, and we’re very excited to unveil the fastest racing drone on earth.”

People will be able to see more high-speed drones in action during the 2017 DRL Allianz World Championship finale on ESPN on July 28 at 9 p.m.