How This New Rule Prevents Your Bank From Ripping You Off 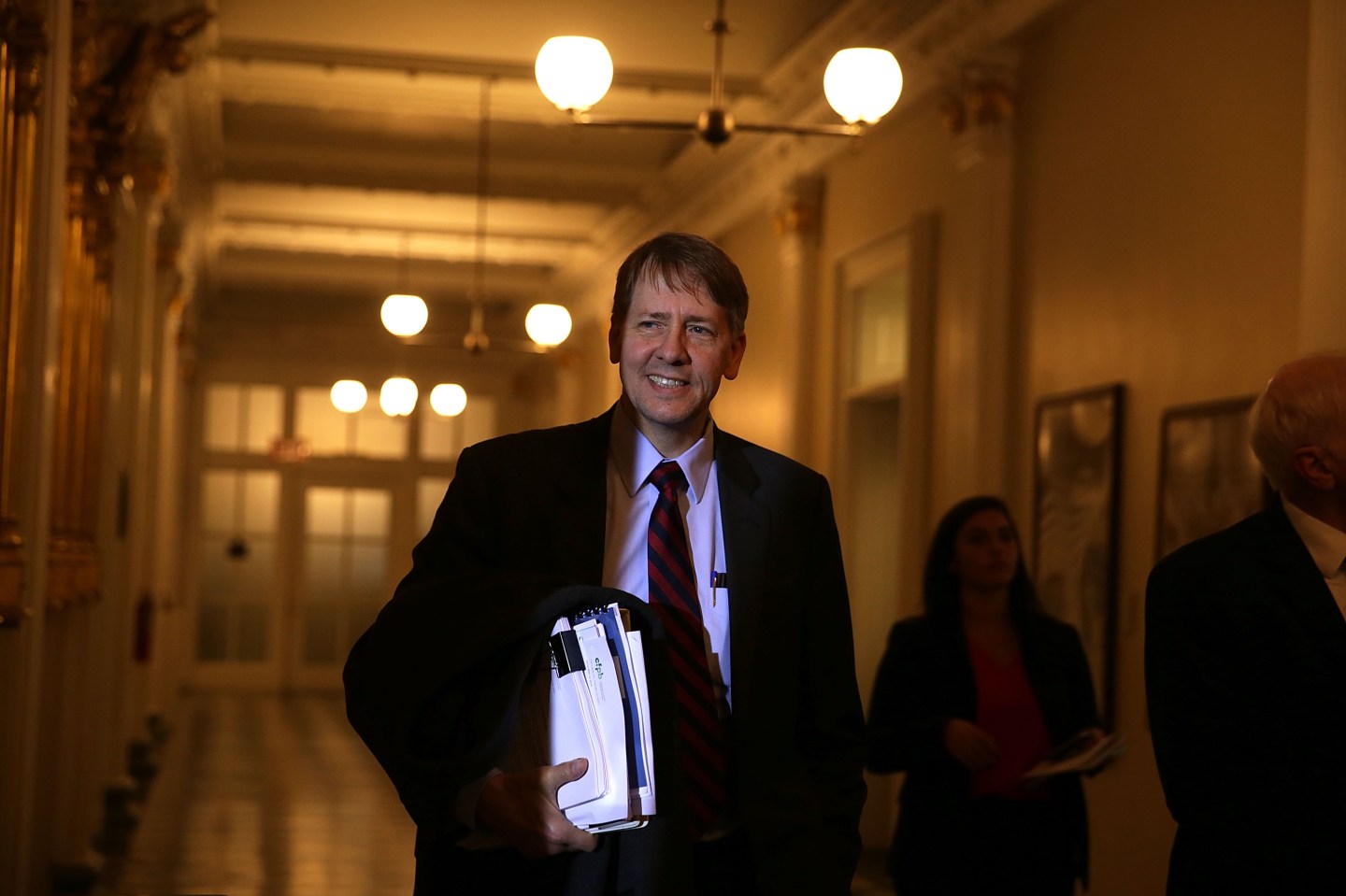 WASHINGTON, DC - NOVEMBER 16: Consumer Financial Protection Bureau Director Richard Cordray arrives at a meeting of the Financial Stability Oversight Council November 16, 2016 at the Treasury Department in Washington, DC. The council held a meeting "to receive an update on the work of the Alternative Reference Rates Committee, an update on the Council's review of asset management products and activities, and revisions to the Council's regulation under the Freedom of Information Act," according to the media advisory distributed at the event. (Photo by Alex Wong/Getty Images)
Alex Wong—Getty Images

For years, Wells Fargo (WFC) opened millions of sham customer accounts. Some customers were charged fees for accounts they never wanted or approved, and some experienced declining credit scores, making it more expensive for them to borrow—if they could borrow at all.

Earlier this week, the Consumer Financial Protection Bureau issued a rule that prohibits financial institutions from including class action wavers in arbitration clauses in their consumer contracts. In other words, if a bank cheats its customers, as Wells Fargo did, it’ll now be easier for customers to take action.

Most people don’t sue when someone takes advantage of them for, say, $300. It’s just not worth it. That’s where class actions and the CFPB come in (since 2010, the CFPB has recovered nearly $12 billion from financial institutions for more than 20 million consumers, but the CFPB can’t do it all itself). Some Wells Fargo customers did indeed bring class actions, but Wells Fargo moved to dismiss them on the ground that they were precluded by the arbitration clause, which says that consumers can’t bring or participate in a class action against the bank.

Consumers agree to these clauses because they don’t understand them; often they don’t even read them. When Wells Fargo initially moved to block the class actions, a court ruled in its favor, meaning that consumers who wanted compensation from Wells Fargo would have to file individual arbitrations. Because few would bother, Wells Fargo wouldn’t have to compensate most of the injured consumers, unless it wanted to, beyond the $5 million regulators required.

But under pressure in Congress and facing unfavorable publicity for invoking arbitration, Wells Fargo decided it wanted to. It agreed to a class action settlement of $142 million. The settlement still requires court approval, but the court approved it preliminarily earlier this month. Lawyer fees are capped at 15% of the $142 million. And if the remaining money isn’t enough to compensate its customers, pay the lawyers, and provide injured customers with an extra $25 million, Wells Fargo will chip in more.

The Wells Fargo case shows the difference between arbitration and class actions: the difference between getting nothing and getting something. Some Wells Fargo customers will get checks without doing anything at all (for example, those who initially complained about unauthorized accounts), though others will have to complete forms to let Wells Fargo know whether or not their accounts were authorized—but even in the likely event that some consumers don’t bother to fill out the forms, none of the $142 million will be returned to Wells Fargo. Anything extra will be divided among class members.

Companies are rarely pressured as Wells Fargo was, and don’t normally do what Wells Fargo did. They usually use arbitration clauses to defeat class actions—as Wells Fargo has tried in other cases—and then the claims go away. But the CFPB rule would change that. If banks mistreat consumers, injured consumers would be able to bring class actions against them.

The CFPB was created to protect consumers—not banks, and not lawyers. And by issuing this rule, that’s exactly what it’s doing.

Jeff Sovern is a professor of law at St. John’s University School of Law and co-coordinator of the Consumer Law and Policy Blog.