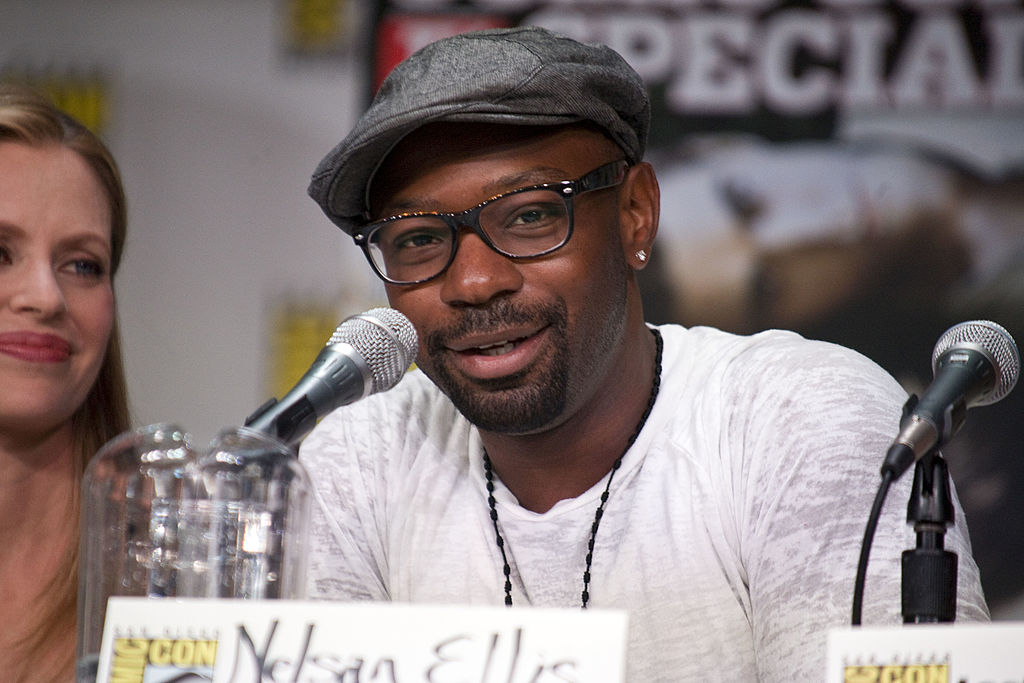 But yesterday, his family released a statement to The Hollywood Reporter that gave more details about how the beloved actor had died:

Nelsan has suffered with drug and alcohol abuse for years. After many stints in rehab, Nelsan attempted to withdraw from alcohol on his own. According to his father, during his withdrawal from alcohol he had a blood infection, his kidneys shut down, his liver was swollen, his blood pressure plummeted, and his dear sweet heart raced out of control.

On the morning of Saturday July 8th, after four days in Woodhull Hospital, Nelsan was pronounced dead. Nelsan was a gentle, generous and kind soul. He was a father, a son, a grandson, a brother, a nephew, and a great friend to those that were lucky enough to know him. Nelsan was ashamed of his addiction and thus was reluctant to talk about it during his life. His family, however, believes that in death he would want his life to serve as a cautionary tale in an attempt to help others.

“Trust is the big issue,” says Warner, who has designed community programs helping law enforcement and government agencies better address substance abuse and other traumas in underserved communities. “Black folks don’t talk about their problems and there are real reasons why.”

Research shows that while African Americans consume less alcohol than the general population, they encounter more of the problems associated with alcohol use than European Americans. (Lower incomes, social sanctions for alcohol use, and increased law enforcement presence in their communities may be some of the reasons why.) And while white drug users are more likely to be seen as sick and in need of intervention, black drug users remain largely stigmatized.

Warner says people of color often don’t want to alert people in authority or government when there is a problem because there is so much distrust. It goes way back. “Think about the Tuskegee syphilis experiments,” she said, referring to the government-sponsored “study” that allowed the disease to go untreated in black men for decades. “Think about what often happens with the police. Black people and people of color don’t want to talk about things that are going on in the family because something bad might happen.” And then there’s the stigma. “It’s very embarrassing.”

But there are ways to design interventions that work, and corporations are in a position to make a big difference.

Warner suggests companies start by underwriting programs that partner with individuals from the community who have a personal connection to the issue. “You need to get the people who have lived the experience to lead the way,” she says. “Program participants need to know that people actually understand what they may be experiencing — within their cultures — and are speaking to them without judgment.”

If you’re running a recidivism program, for example, formerly incarcerated people should be involved from the start. “They’re going to understand the challenges that people face in ways that other experts never can.”

This holds true for other uplift programs as well. For corporations that want to focus on education for underserved kids, be sure to support the parents first, she says. “Give them travel stipends and furloughs so they can afford to get their kids safely past gang or substance-abuse zones into the programs.”

When I caught up with Warner, she was on her way to The SCRIPT Conference, an annual meeting she produces on male trauma and survivors of violence. (SCRIPT stands for Summit on Community Resilience, Intervention, Prevention, and Training.) Government leaders, law enforcement officials, experts and ex-gang members would be presenting together, sharing stories and best practices. “Talking really makes a difference,” she said, sounding wistful.

“I admire the Ellis family for speaking out on this,” she says. In an ironic twist, she had met Nelsan one day in 2013, when she found him standing in her classroom. He’d been looking for a location to screen a short film he’d worked on with a friend. She invited him to stay and built her class around him. The conversation ranged from art, identity and LGBTQ issues, which was the focus of the film. “He was wonderful and it was all so eye-opening,” she recalled. The two bonded on the topic of trauma and hope. He’d promised her that he would speak one day at the SCRIPT Conference. “He cared so much about people.”

Ellen McGirt is a senior editor for Fortune and writes raceAhead, a daily column on race, culture and inclusive leadership.