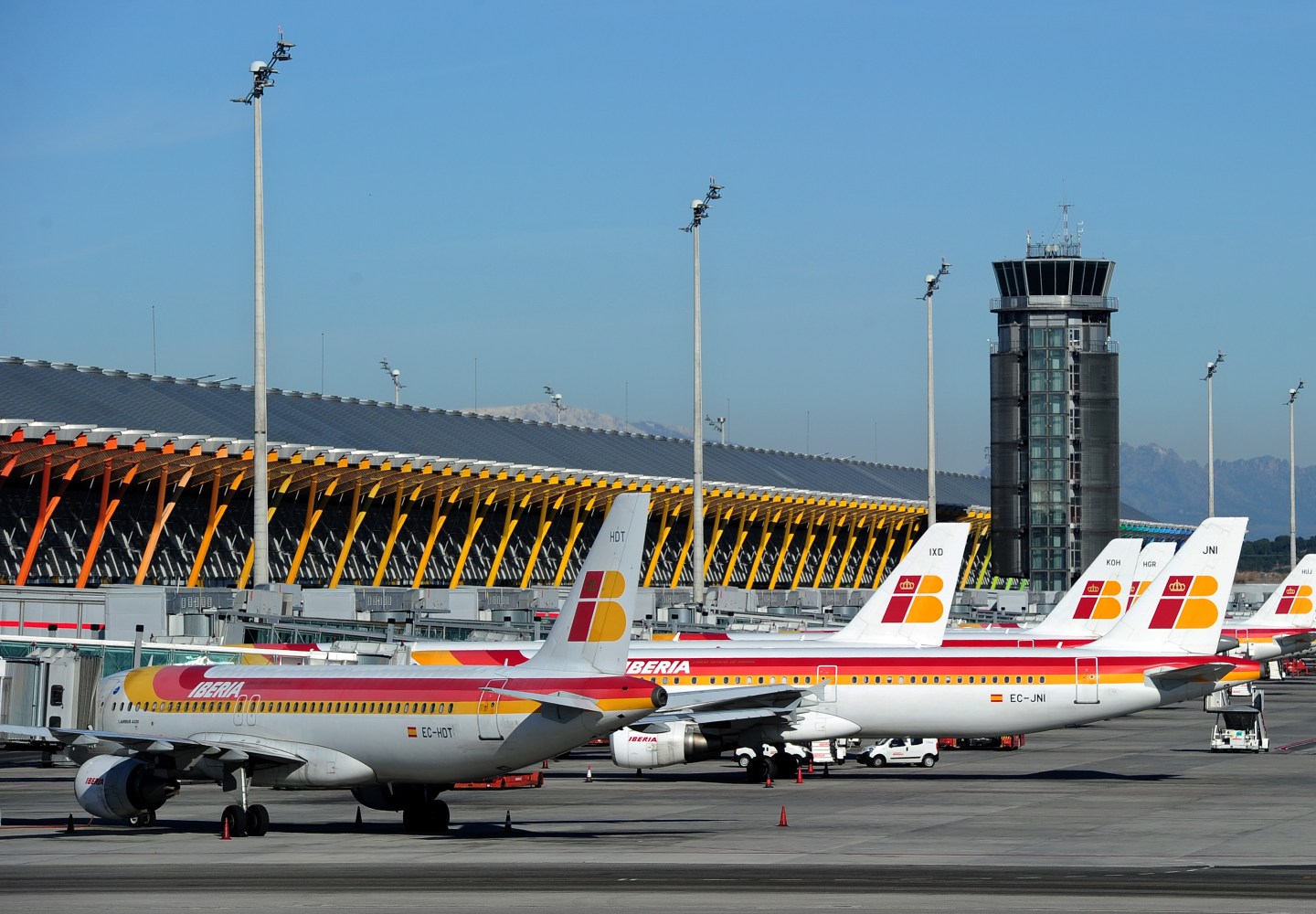 MADRID, SPAIN - DECEMBER 04: Iberia airplanes stand on the tarmac on December 4, 2010 in Madrid, Spain. Airtraffic in Spain has come to a virtual stand still due to a wild strike by Spanish air traffic controllers stranding hundreds of thousands of travellers. (Photo by Jasper Juinen/Getty Images)
Jasper Juinen Getty Images

Job applications differ depending on the company and line of work. Some require background checks. Some conduct drug tests. Others facilitate a skills test. But for some job candidates of Spanish airline Iberia, they were asked to complete a particularly unusual task ahead of employment: a pregnancy test.

Iberia required candidates to pass a number of tests before receiving a job offer, including a medical examination, which additionally meant a pregnancy test for women interviewing for positions with the airline, according to the New York Times. Both government and union officials were quick to condemn the airline, with officials in the Balearic Islands issuing Iberia a 25,000 euro ($28,000) fine.

After being fined, Iberia said in a statement this week that it would no longer require candidates to take a pregnancy test. The airline also said it would not appeal the fine.

“We will continue to put all necessary measures to ensure that pregnant women work with all the guarantees and maximum safety, as we have done so far,” the statement reads in translated English. “This is an exemplary enterprise in the implementation of policies that facilitate women’s access to employment.”

Iberia, which is part of the International Airlines Group — one of the largest airline companies in the world that oversees British Airways and Aer Lingus, as well — said that it has “never stopped hiring a woman due to the fact of being pregnant, if it fulfilled the requirements demanded for the position.” The airline said that it interviewed six pregnant women last year and hired all but one due to a failed plane-driving test. And the 32 pregnant flight attendants the airline reassigned to different positions in the past was out of safety concerns.

Hi, Alex. We'd like to take this opportunity to clarify that we never rejected pregnant women. Our /1

official statement can be found at https://t.co/GppsvbsD1s

For some, the damage was already done.

“There is no reason to justify it,” Unión General de Trabajadores, a major Spanish trade union, said in a statement, adding that a woman doesn’t have an “obligation” to inform a potential employer of a pregnancy prior to taking a job.

This isn’t the first time an airline has come under fire for gender discrimination in recent months. In May, two Frontier Airlines flight attendants sued the airline for barring them from breastfeeding while on duty.

Iberia did not immediately respond to Fortune‘s request for comment.