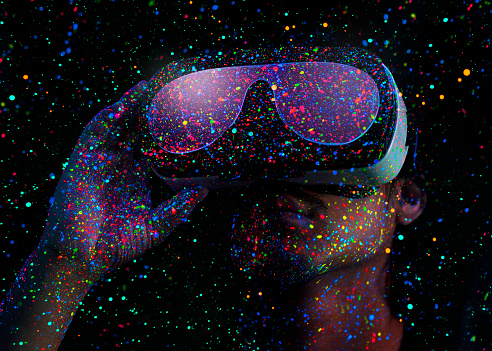 Along with trade secrets, the “world’s most secretive startup” may be hiding a woman problem.

The lawsuit, filed Monday with the Southern Florida District Court, alleges that the company discriminates against female employees and provides a “hostile work environment” with a “macho bullying atmosphere.” The suit, brought by Tannen Campbell, the company’s former VP of strategic marketing and brand identity, describes overtly sexist scenarios within the company, such as new hires being told to stay away from “Orientals, Old People, and Ovaries” and a company-wide email to employees describing a policy for “bored wives at home while you are loving it at the Leap.”

Campbell’s suit also describes Magic Leap as being at a competitive disadvantage because of its lack of gender diversity.

“Sadly, because Magic Leap seldom hires and does not actively recruit female candidates, the company loses competitive advantage to products like Microsoft’s Hololens. Microsoft, which employs far more females on its team, developed its similar product on a faster time line with more content that appeals to both genders,” it says. “All the engineers and others in predominately-male Magic Leap could conceive of to make the product female friendly was to produce a version in pink.”

According to the suit, Campbell was initially brought into the company fold to help with the lack of diversity, efforts that it says were hindered by the company’s “dysfunctional culture.”

The suit also blames Magic Leap’s delayed product launch date—”at least 4 times in Campbell’s 1.5 years at the company”—on “chaos and lack of process and structure” within the company.

Business Insider reported last week that the startup, which is currently valued at $4.5 billion, is “scrambling to finish a working prototype before an important board meeting.” The startup has faced multiple accusations of misrepresenting its progress, allegations echoed in Campbell’s suit:

Campbell also raised concerns that what Magic Leap showed the public in marketing material was not what the product actually could do—admonitions ignored in favor of her male colleagues’ assertions that the images and videos presented on Magic Leap’s website and on YouTube were “aspirational,” and not Magic Leap’s version of “alternate facts.”

Neither Magic Leap nor Tannen Campbell have responded to Fortune‘s request for comment. We will update this story with any response.